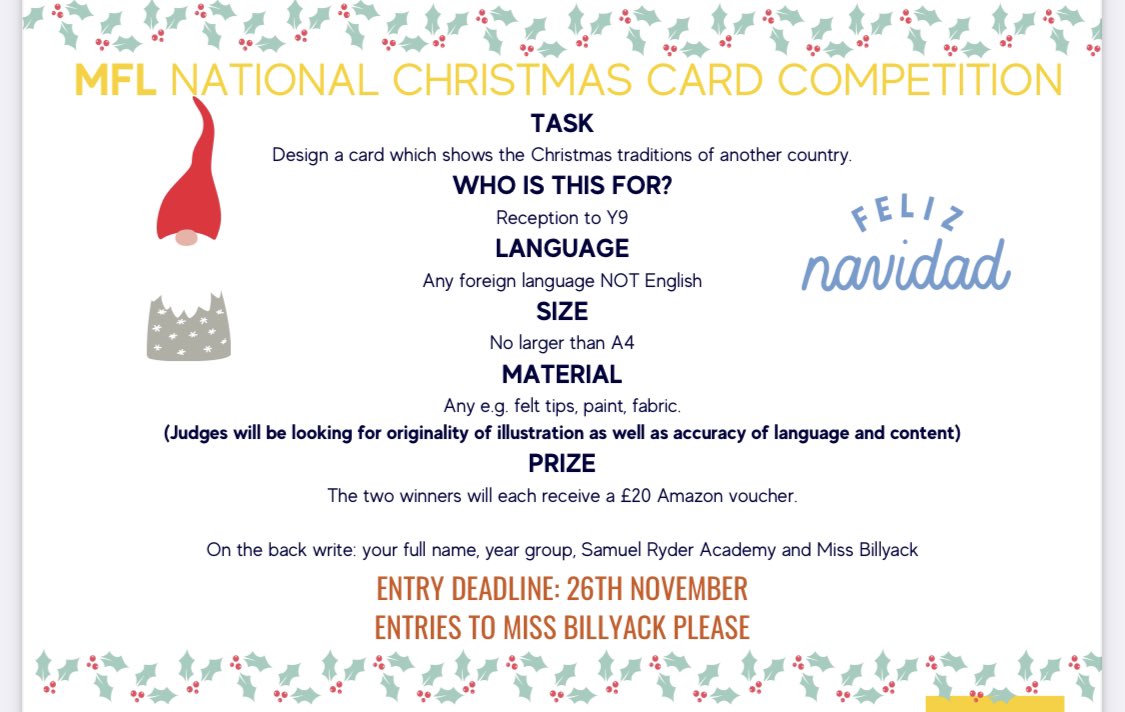 The children have been so excited. Just in time to begin Christmas songs! https://t.co/3K37Ukjsoe 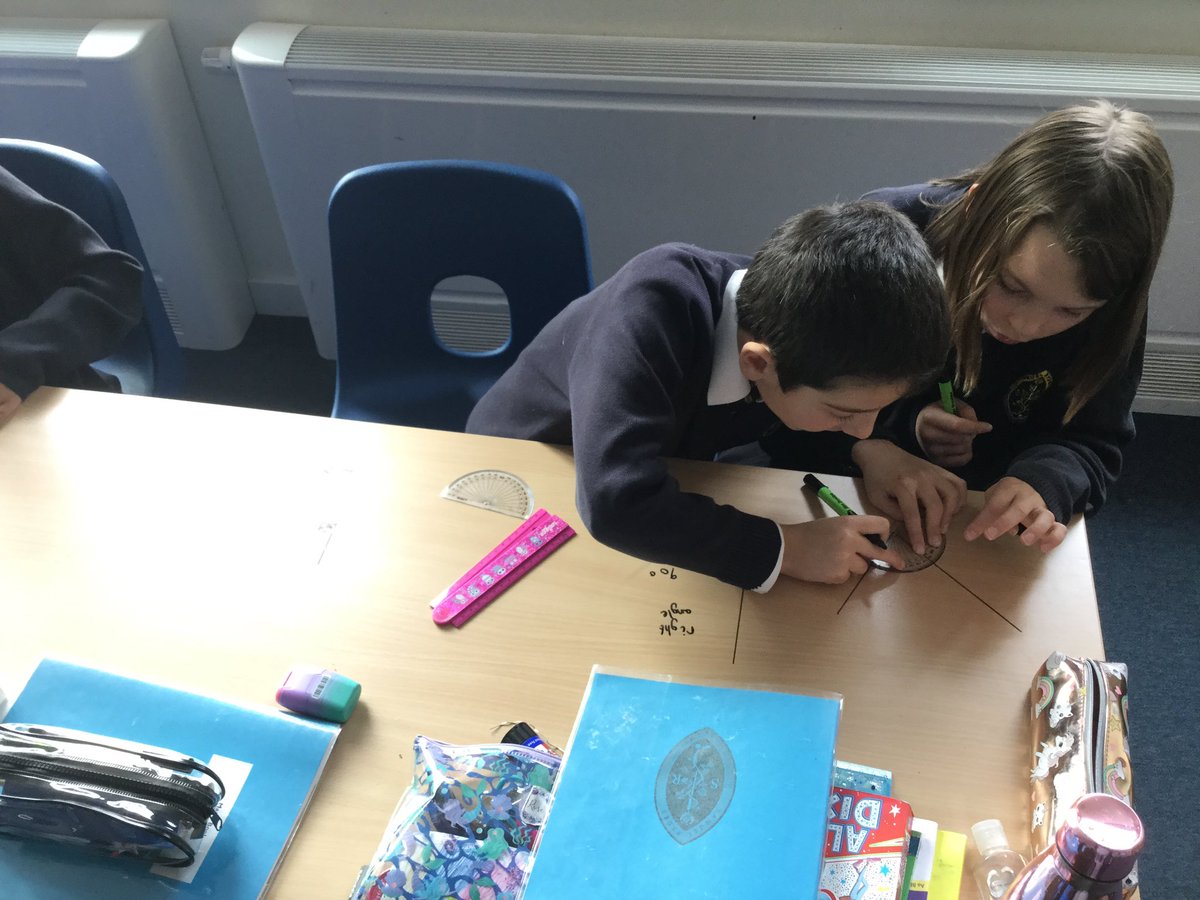 Year 5 have loved learning about angles this week and drawing on the tables was definitely a highlight! 🧮📏📐 https://t.co/dmvAFLJzfW 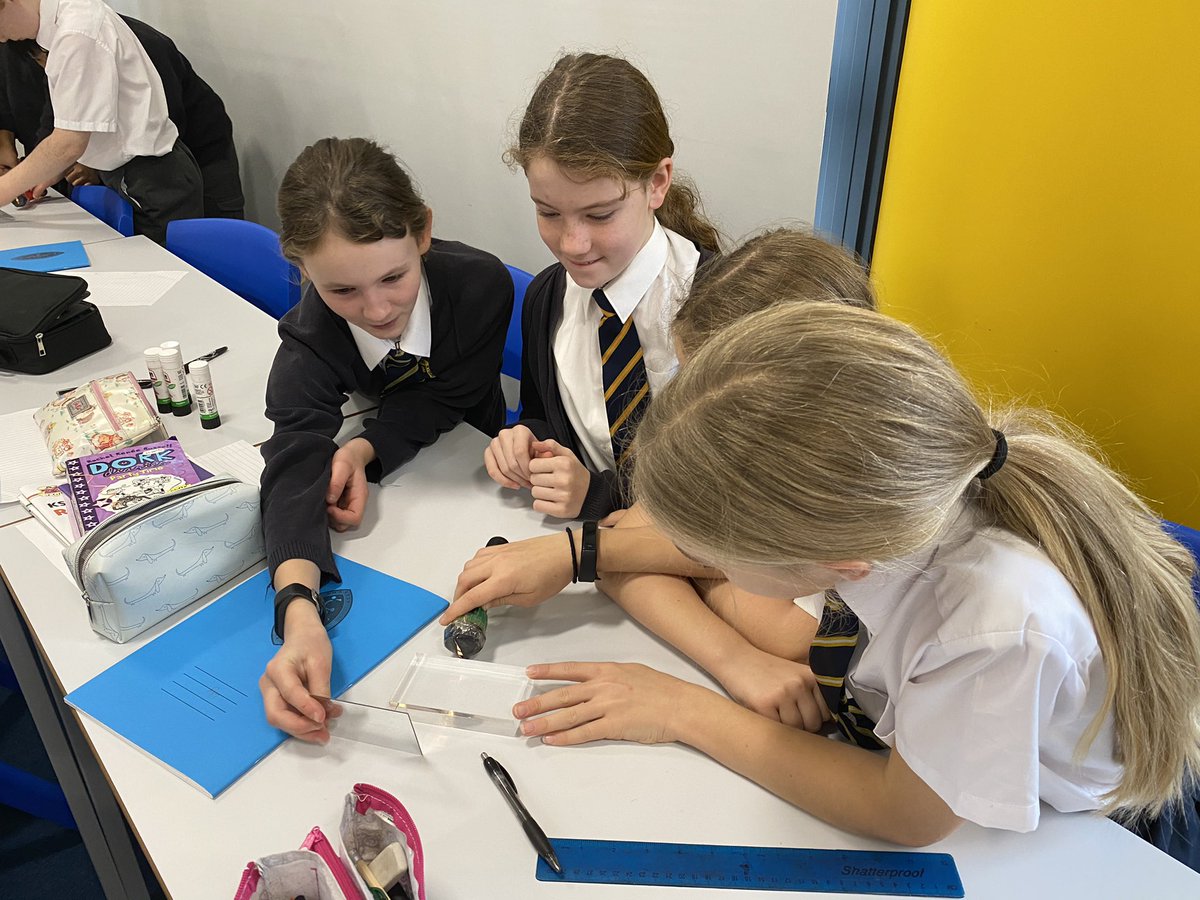 The children loved the pens down and let’s talk about our learning aspect. Such wonderful use of higher level vocabulary and children challenging each other. @SRA_Science @voice21oracy #oracy #talkthetalk #science #lightbulbmoments https://t.co/jTflpES9id 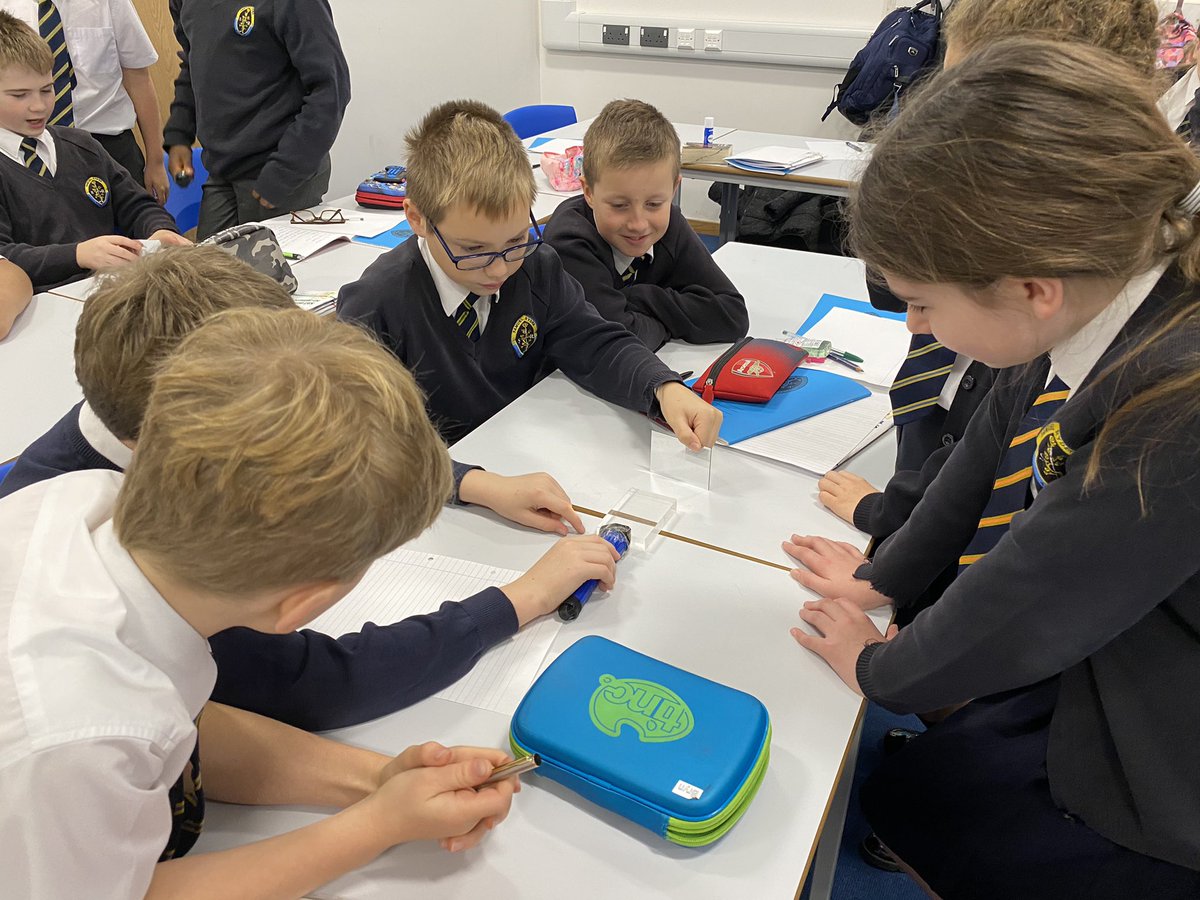 Oxford Class used a science lesson to develop their oracy. Having been provided with a set of equipment, they had to use their previous learning and discuss their findings, make predictions and verbalise their conclusions. @SRA_Science @voice21oracy #year6 #investigation #oracy https://t.co/FxPhkaAKxY

Calling all Primary Students 🗣🎅🏼🎄❄️☃️ (There is a box on top of the lost property boxes to submit your entry. Don’t forget to put your name and class on the back) https://t.co/n2uBKa3LFy 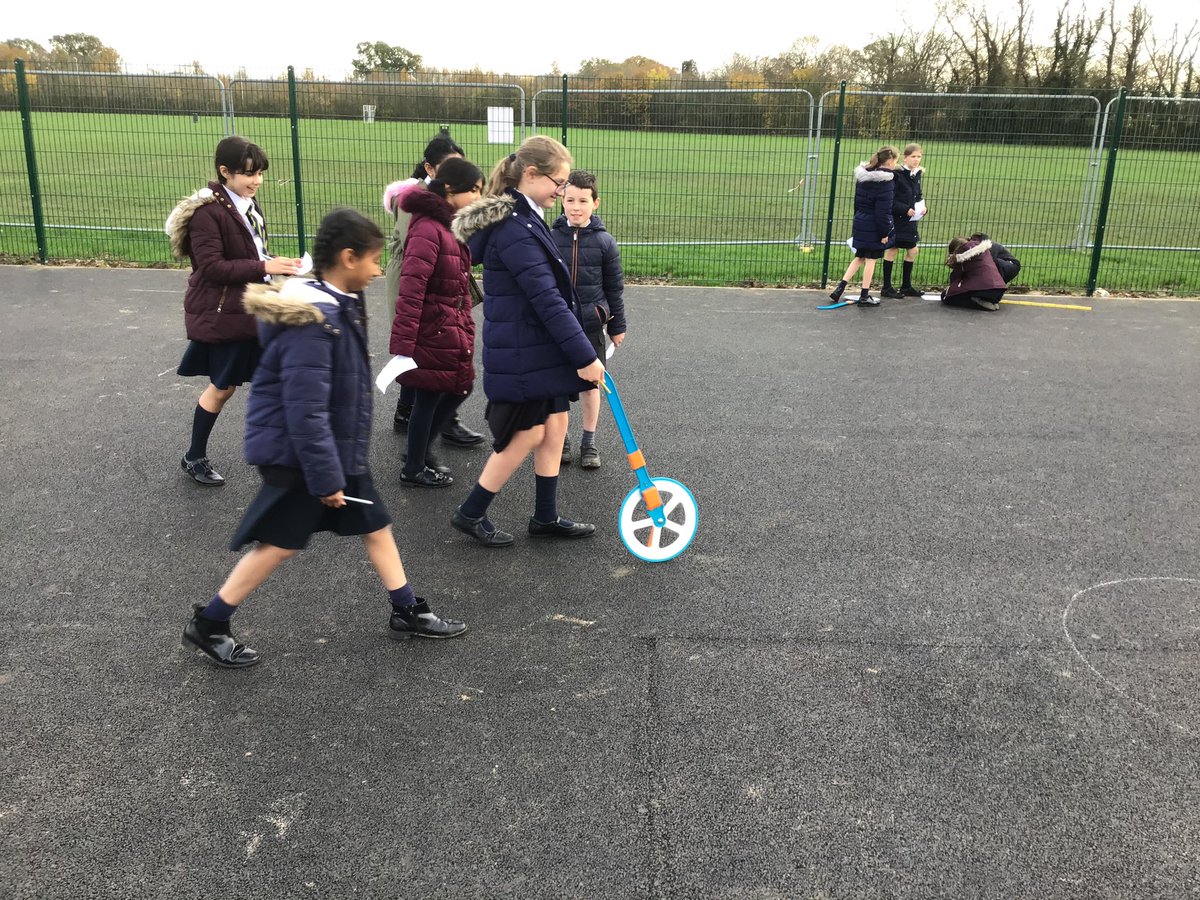 This afternoon Year 5 were applying their knowledge of area and perimeter to measure and calculate lots of things outside on the playground! 👏🏻🧮➕➖➗✖️@SRA_Maths #outdoorlearning https://t.co/AxWXiGc5Tz 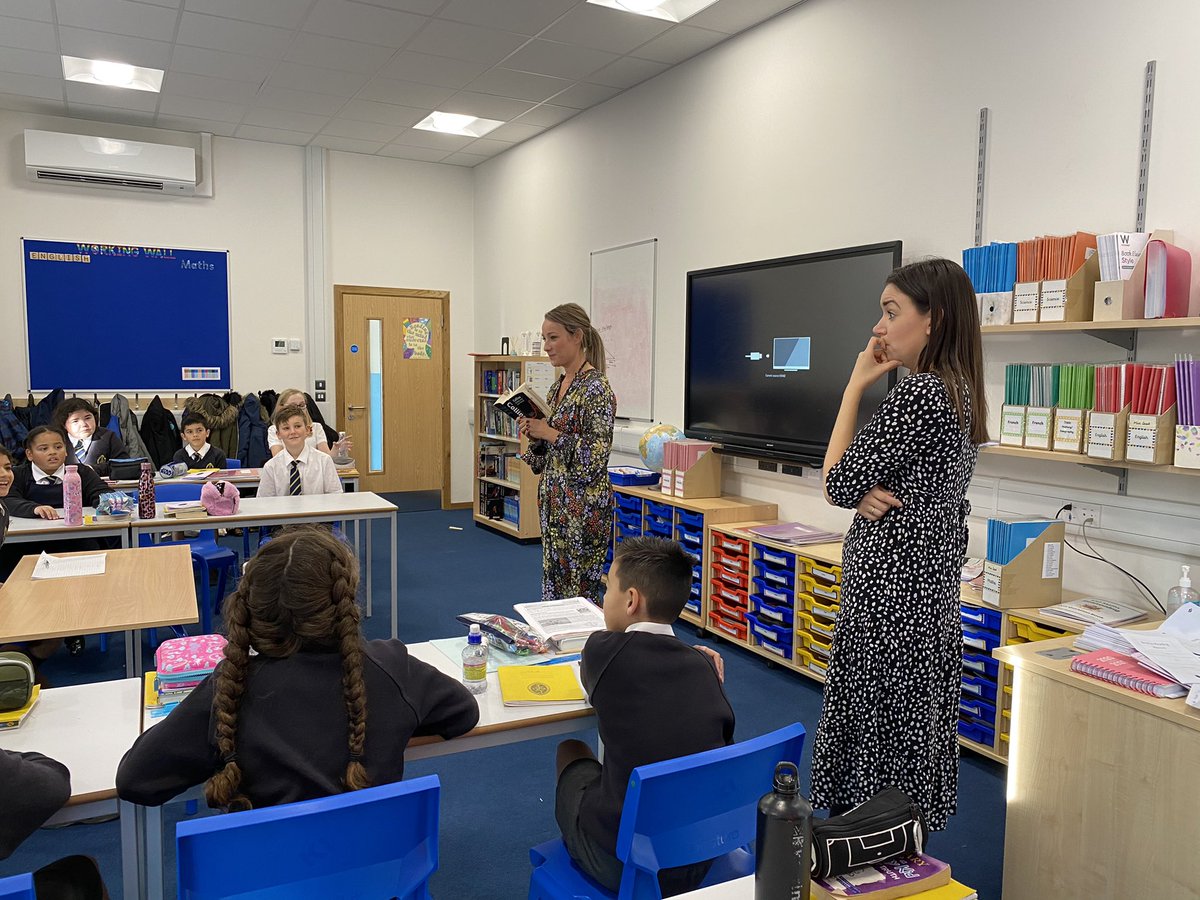 The Year 6 Spelling Bee participants were so successful we had to ask Mrs Mars to provide an even GREATER challenge! It eventually led to a draw! @SRAEnglishDept @SRA_StAlbans #English #spellingbee #welldone #teamwork # https://t.co/iRrGXfdwej 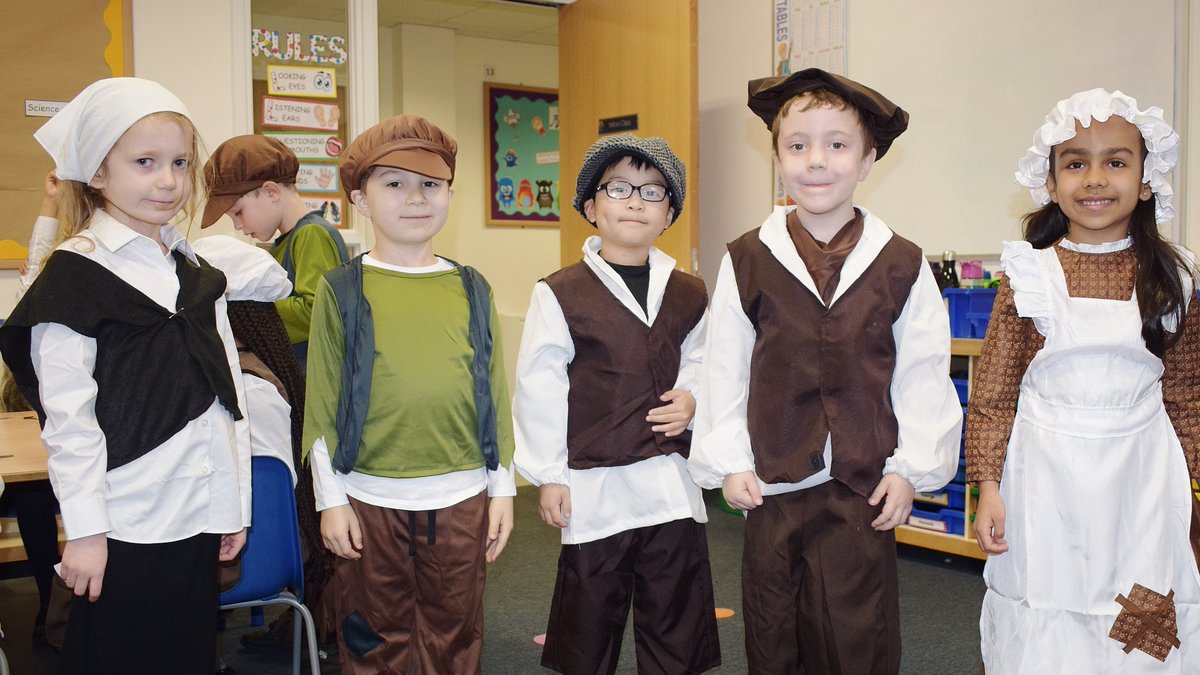 It's 1666 today in Year 2 and we are really enjoying our Great Fire of London Workshop - just look at our fabulous costumes! A big thank you to Samuel Ryder PTA for funding today's activities. #greatfireoflondon #history @SRAPrimary https://t.co/EQE5gsS8bG 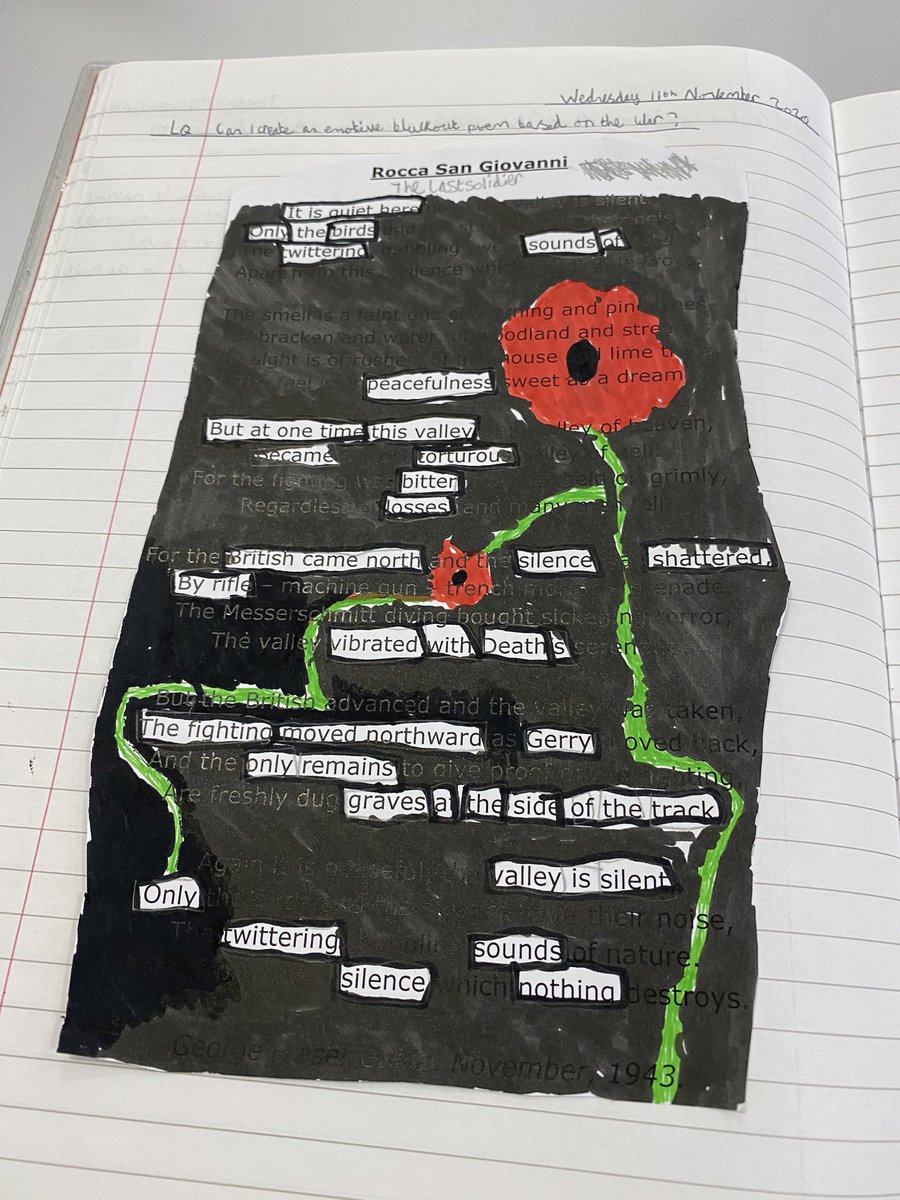 A beautiful piece by Joshua https://t.co/XZpKxYl3wG 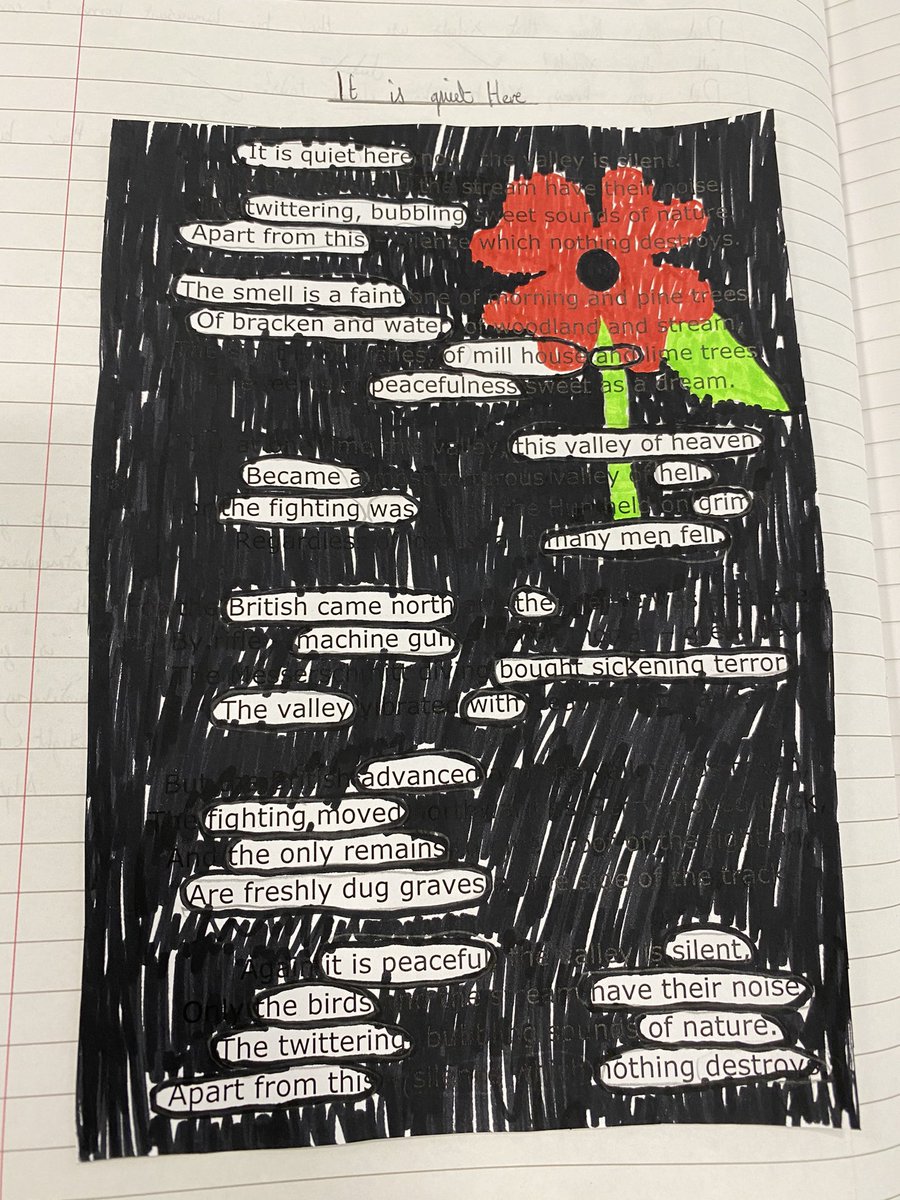 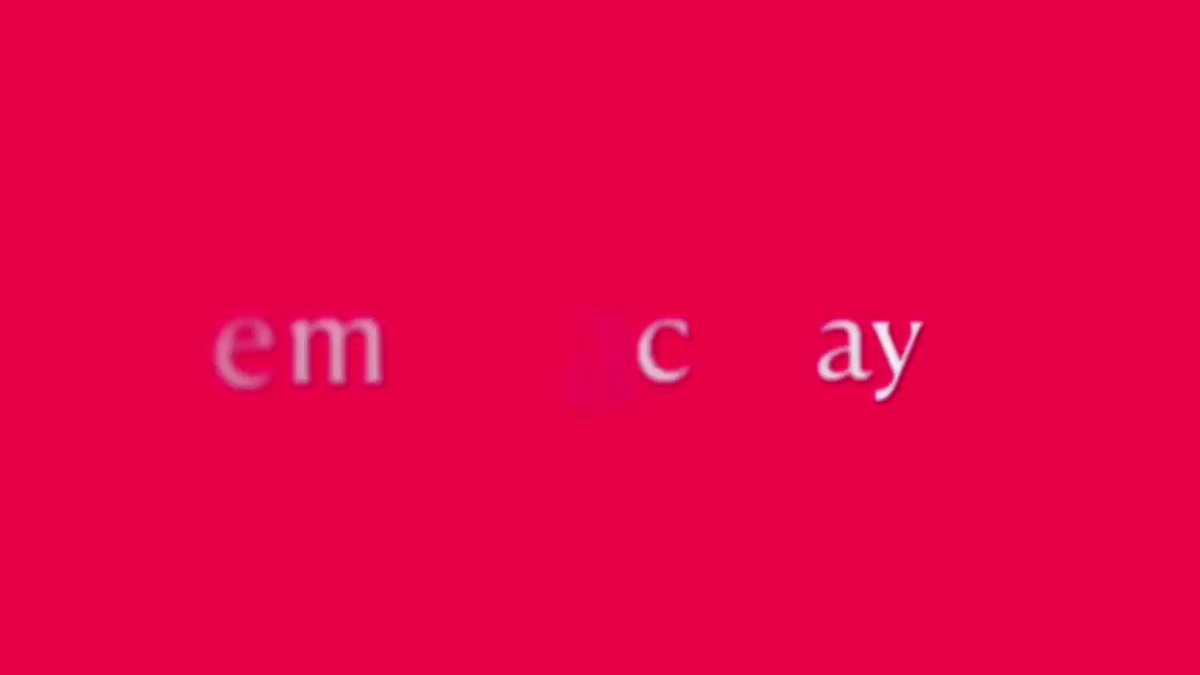 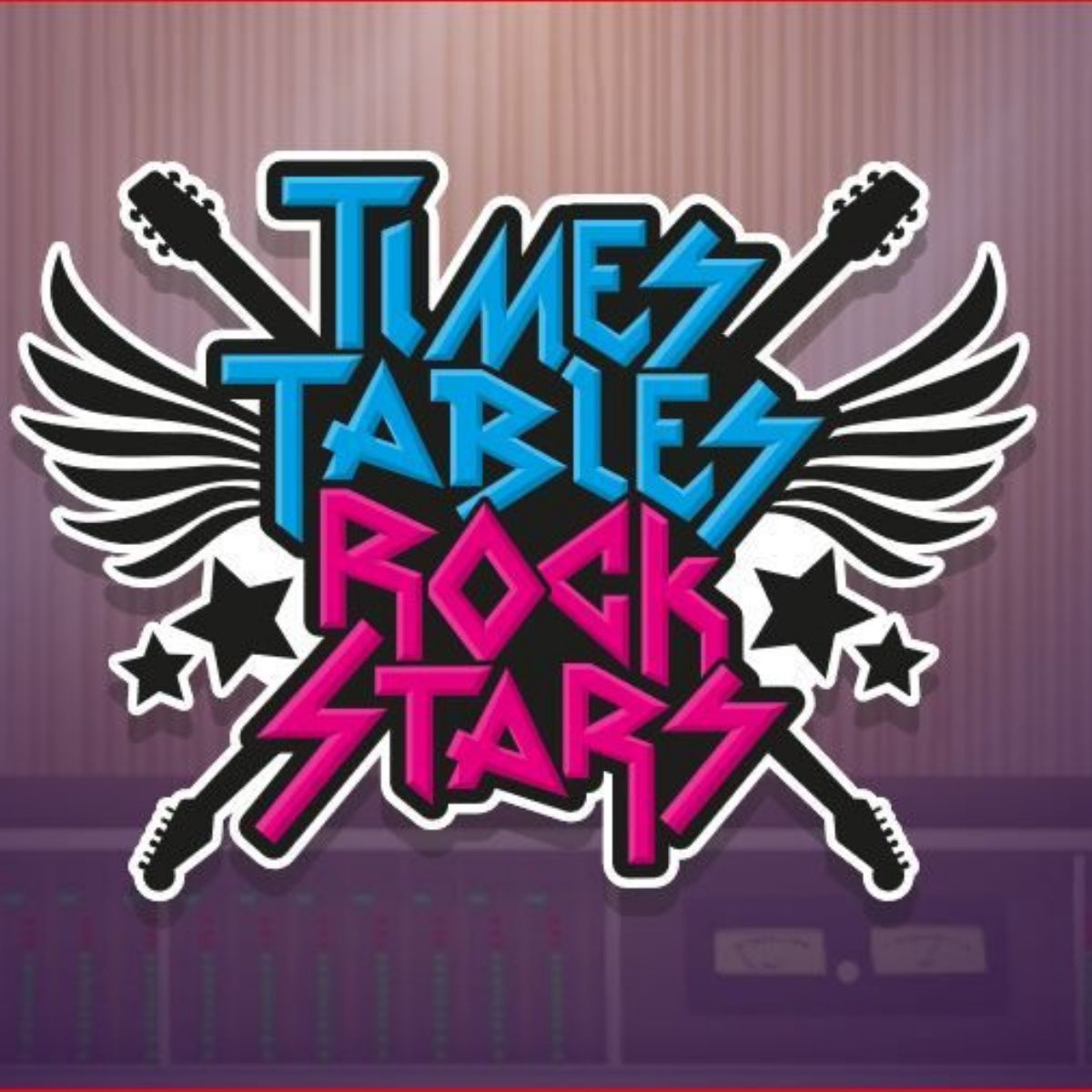 Calling all Year 5...the TTRS challenge is on! Andrew’s vs Imperial. Who will win the Year 5 TTRS 👑? 1 week to show what you have got. @SRA_Maths SRA_Maths #year5 #rockingoutourtimestables #battleoftheclasses https://t.co/tpCDcRyW9k

What a close battle and there was only 3 points in it...the winners of the Year 6 TTRS battle over half term were...CAMBRIDGE CLASS!!! Great job and well done to all of Year 6 for a great competition. #ttrs #challenge #year6 @SRA_Maths https://t.co/4Hwy7TpXeo 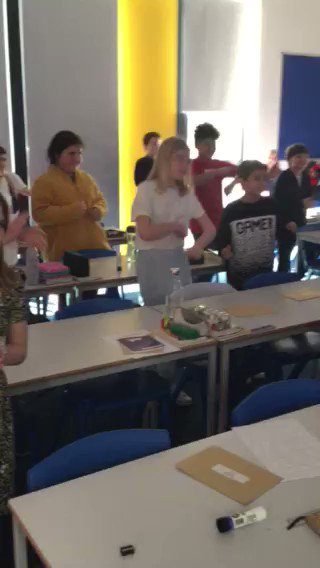 Cambridge Class did their 5 minute fitness in French! 👊🏻👍🏻💪🏼@sra_mfl https://t.co/BIcdtPz2Mx

They were Nigeria, Mauritius, Ireland and USA! 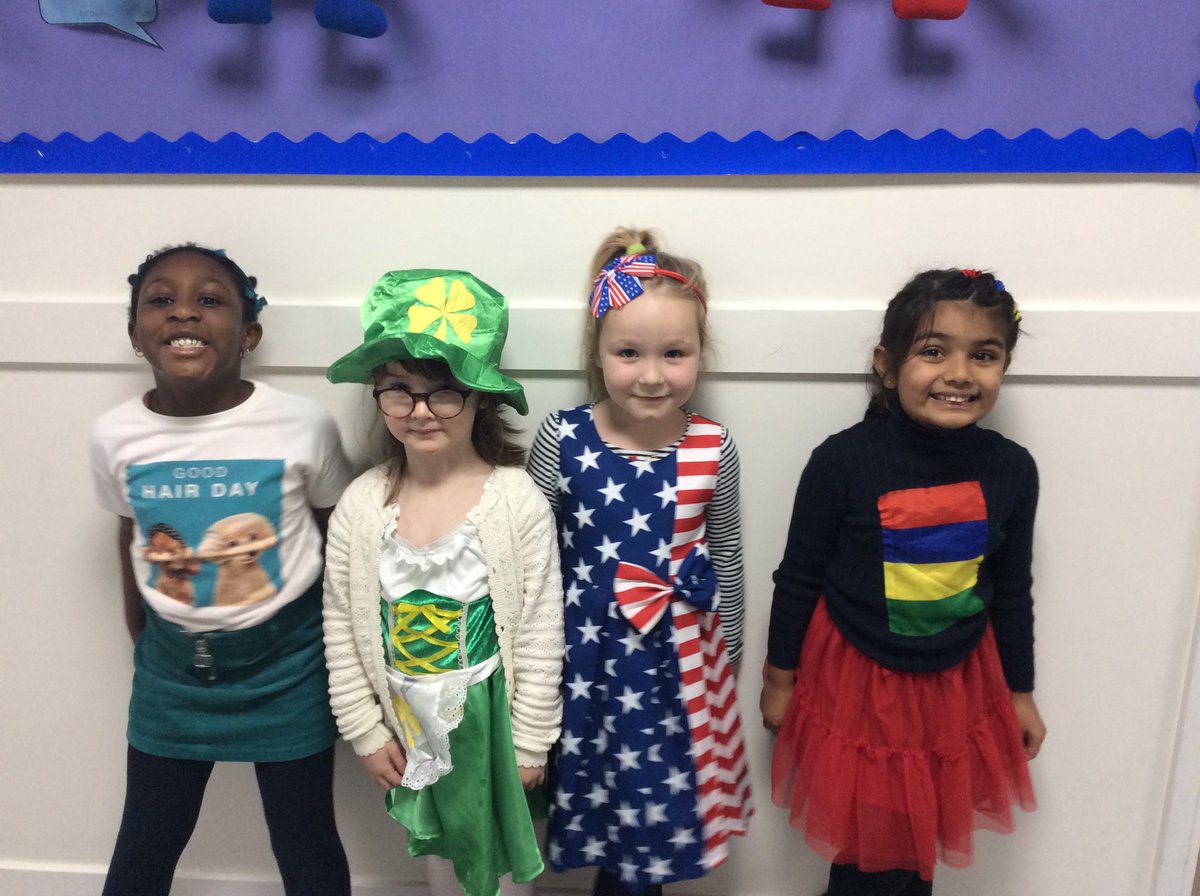 Can you guess the countries that we are representing with our colourful outfits??? 🤔 @sra_mfl https://t.co/1xsUeX8zzI 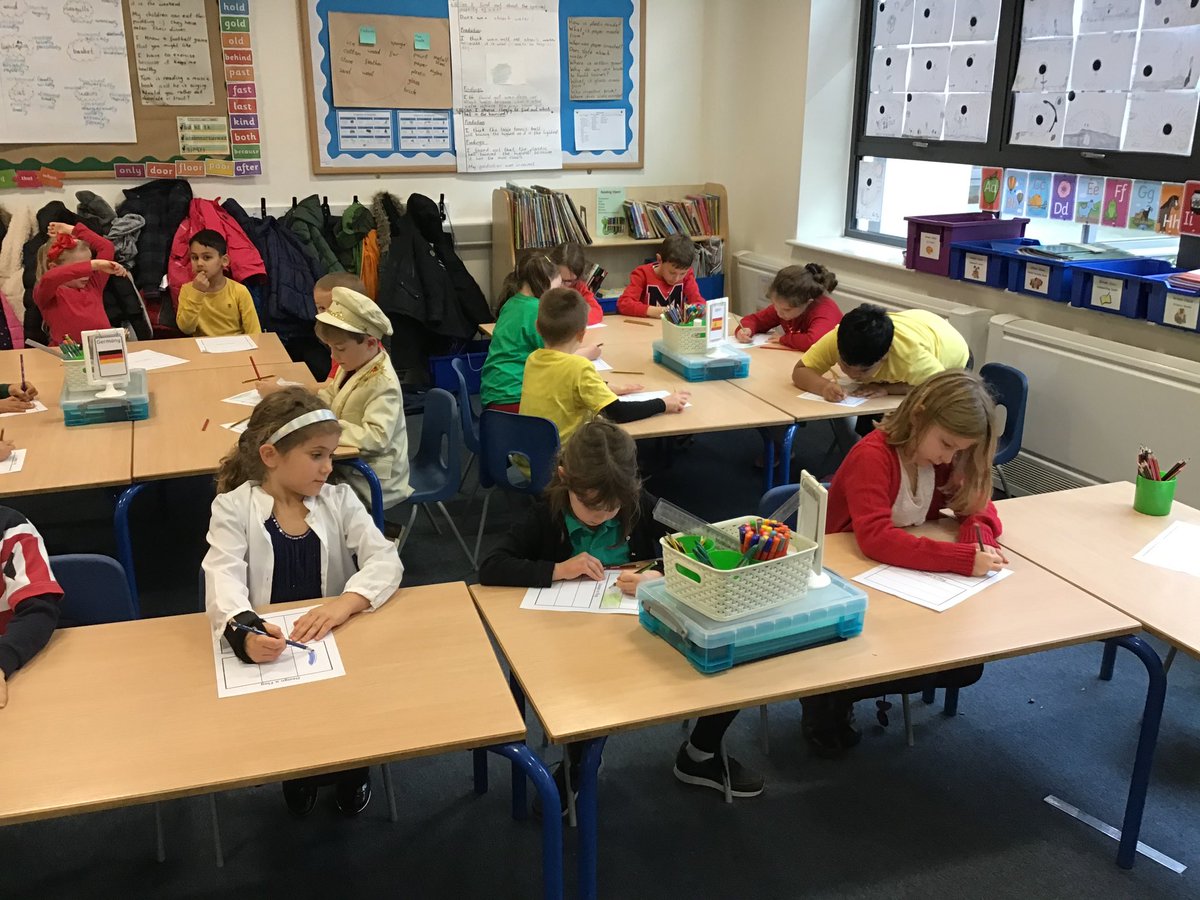 Year 2 Green Class enjoyed celebrating languages around the world. We have spoken other languages in the register and listened to a range of music. We also dressed up as countries. and enjoyed exploring the different flags and then designing their own flag @sra_mfl #yeartwo https://t.co/HLGePD5g0L 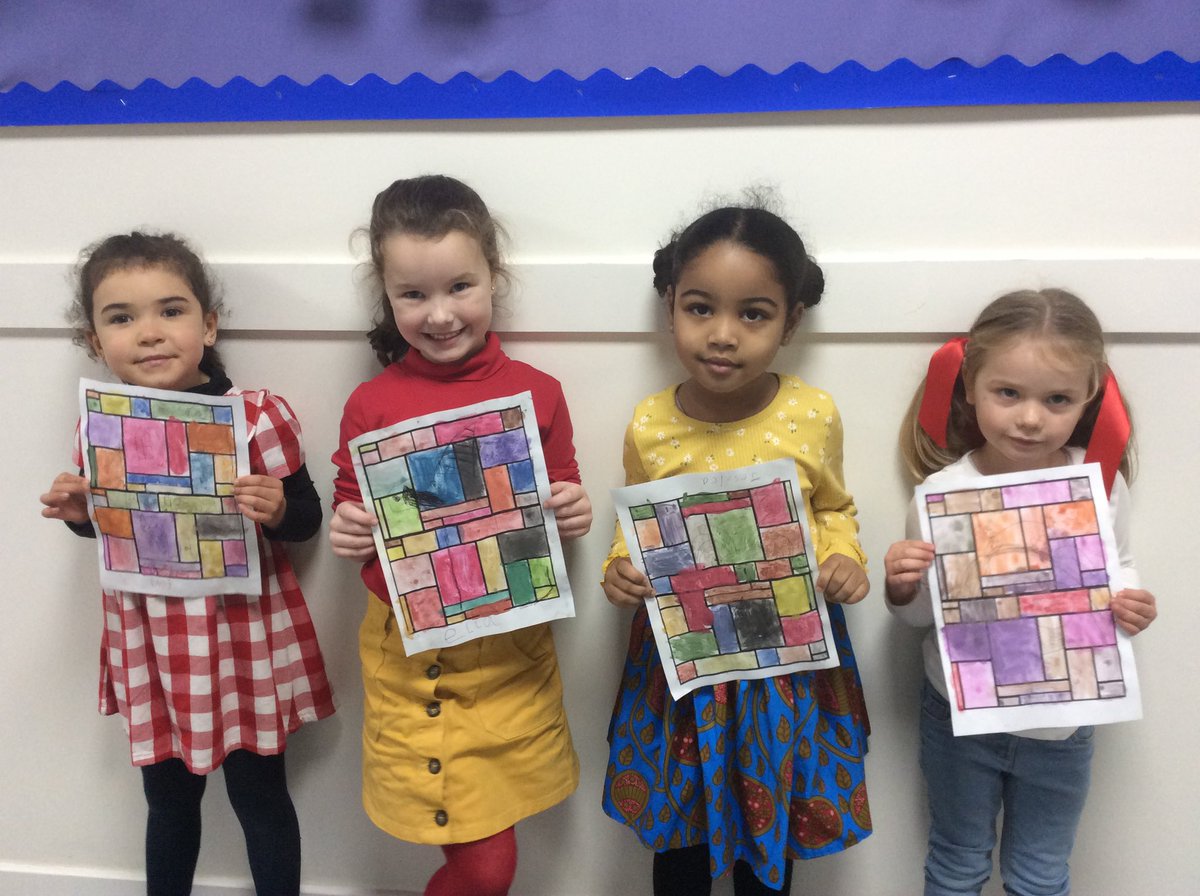 Year 1 took inspiration in their art learning from Paul Klee. They were very proud to share their pieces #mflweek @sra_mfl https://t.co/tFHe2v8ZQq 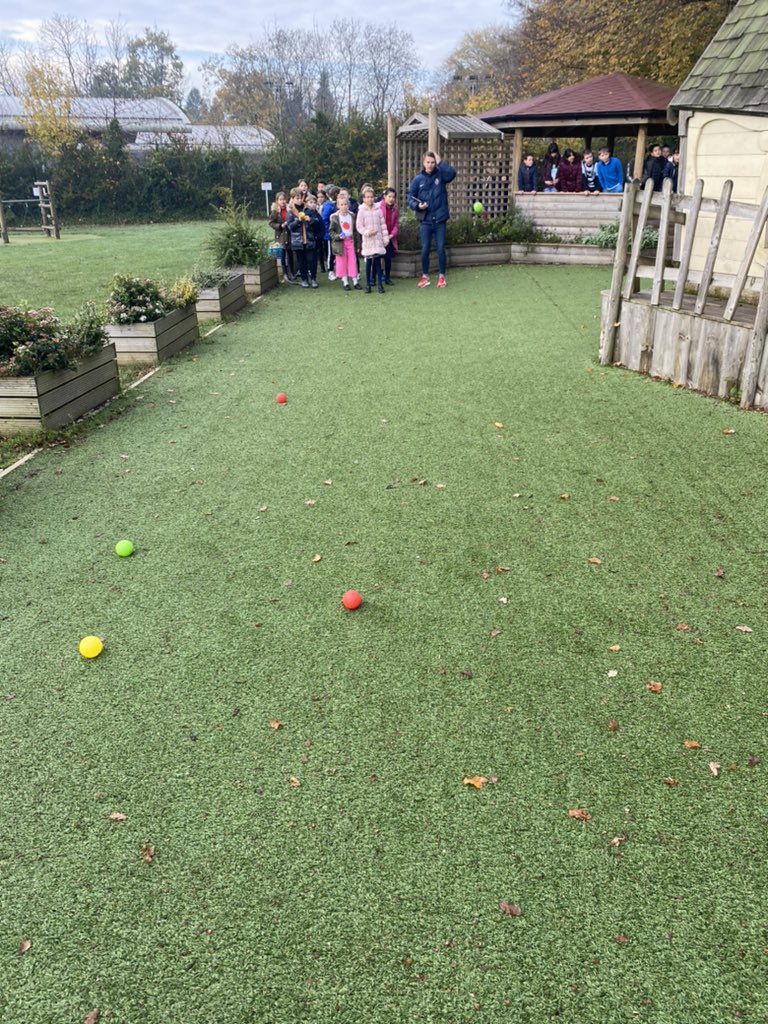 Year 5 had a brilliant start to our Friday this week with a boules house competition! @sra_mfl 🇫🇷🥎⚾️ https://t.co/NJrbtcuRuJ 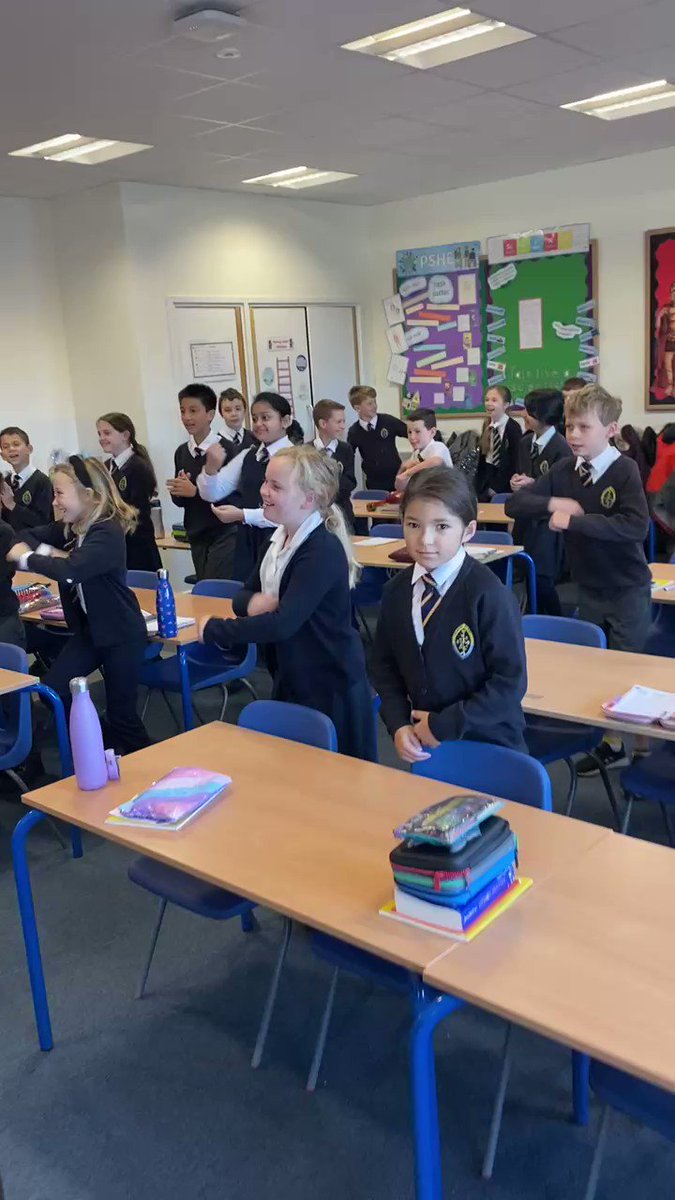 Imperial also had a great start to the day with 5 a day in French, in celebration of MFL week @sra_mfl 🇫🇷💃🏻 https://t.co/pHh5ZOzQ4R 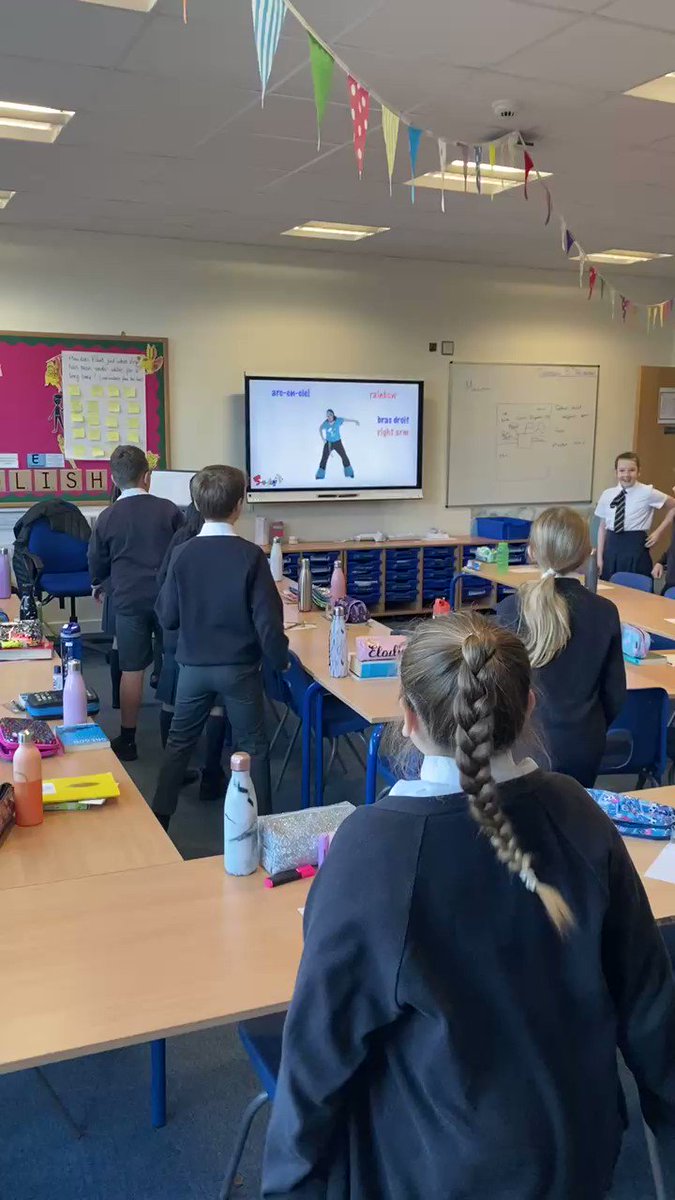 How fantastic! Some are on display on the art board for all to admire! https://t.co/TXzk1xTEFt

Thank you to our students, staff and families for working hard to create a safe and productive learning environment during our first half term back at school. We look forward to welcoming everyone back on Monday 2 November 2020. #halfterm #staysafe https://t.co/2nFLpNO0EB 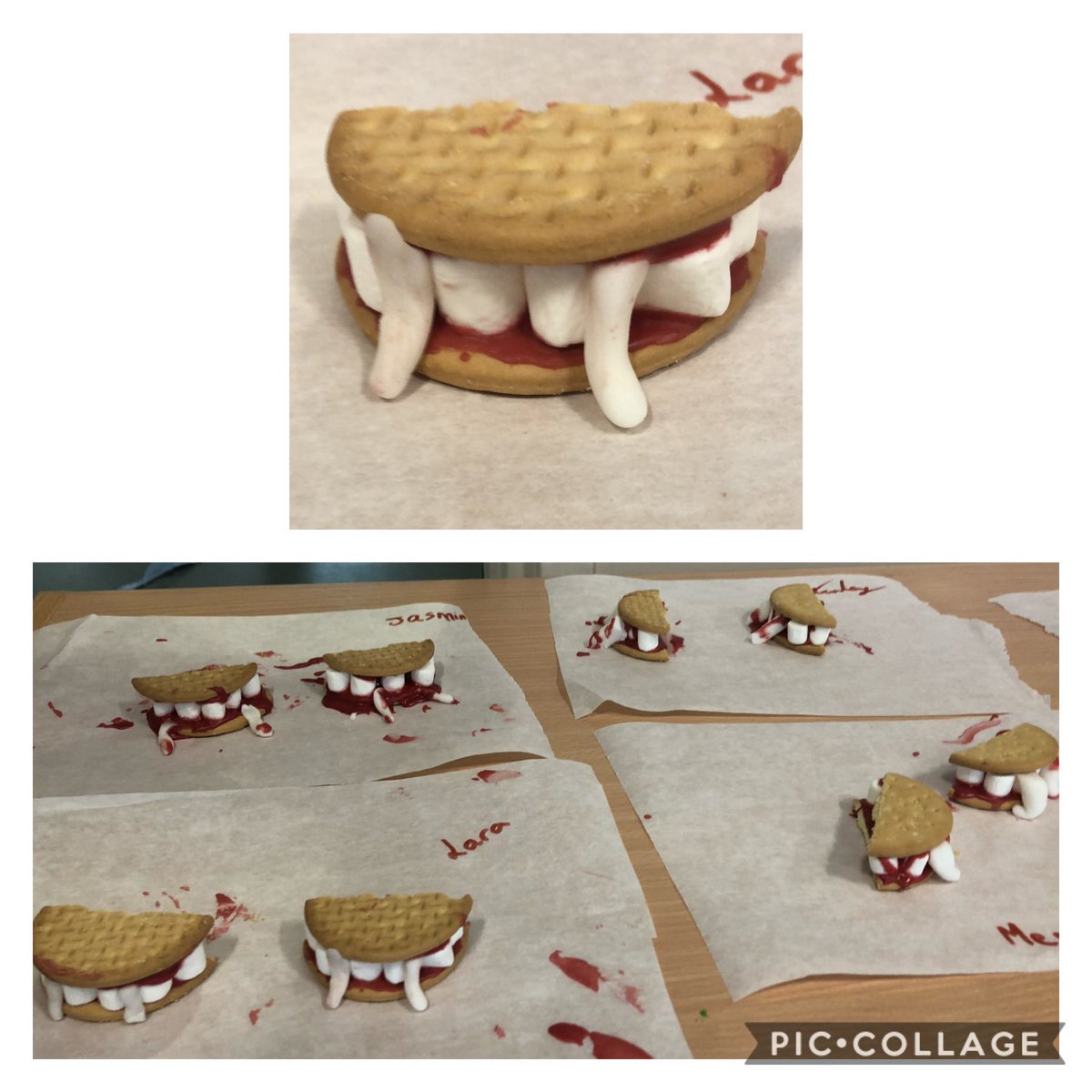 A busy spooky week at Ace Club. The children have had lots of fun!  Have a great half term. #aceclub https://t.co/Yx7E0VyqD9 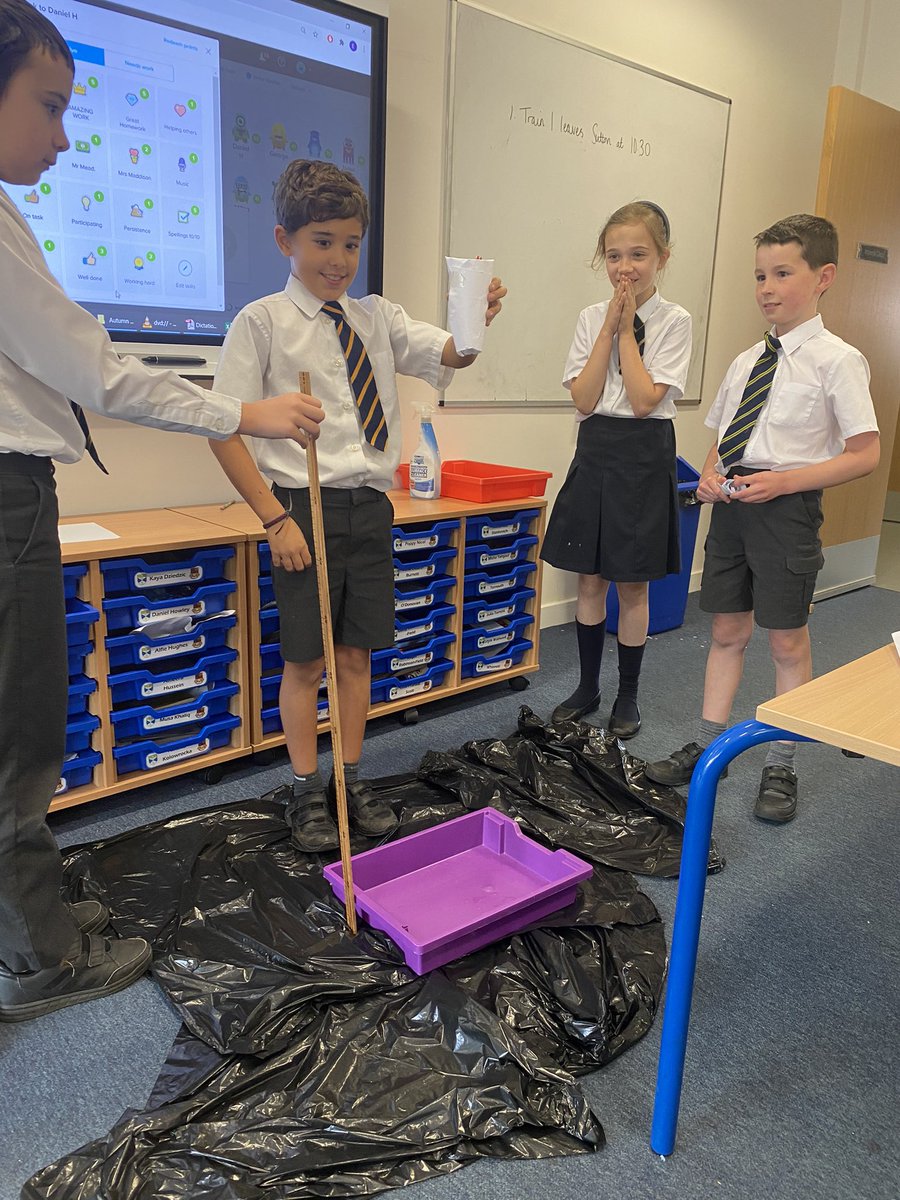 What a brilliant afternoon we had in Imperial class this afternoon. We completed our ‘Egg Drop Challenge’ putting the design and creation of our egg structures to the test! 🤩🥚🍳 https://t.co/7otIRvt7BY 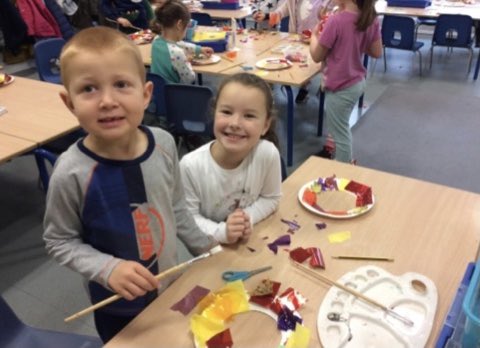 Year 1 have had a fantastic day- they have had a pyjama party and been making autumn wreaths 🍂🍁 https://t.co/Qpgjc4XItl 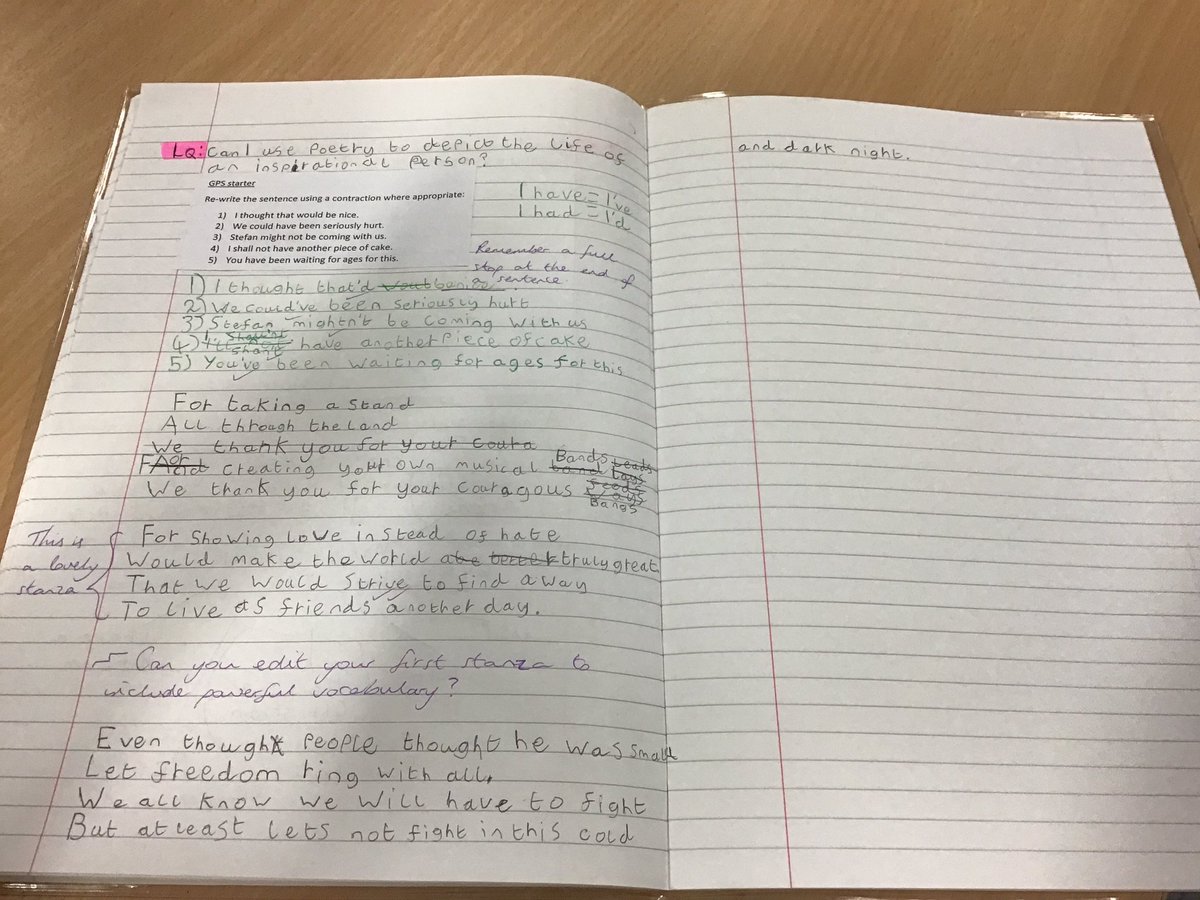 Taking in feedback and improving all the time. @SRAEnglishDept https://t.co/tgv7BF78RV 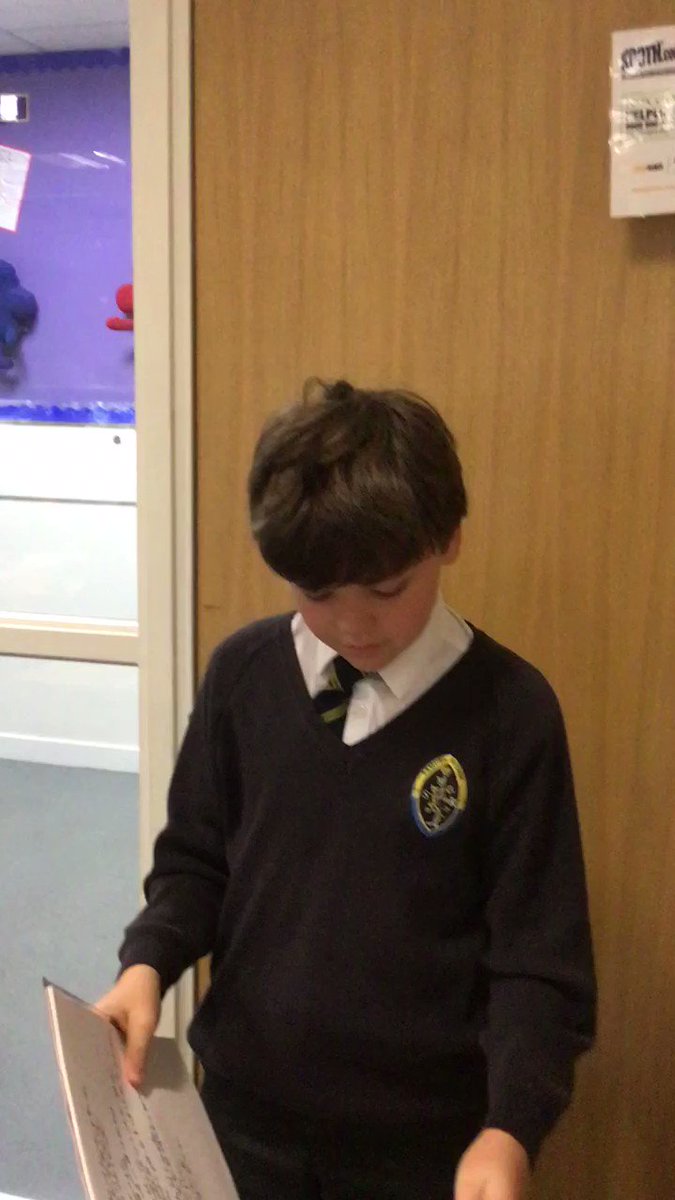 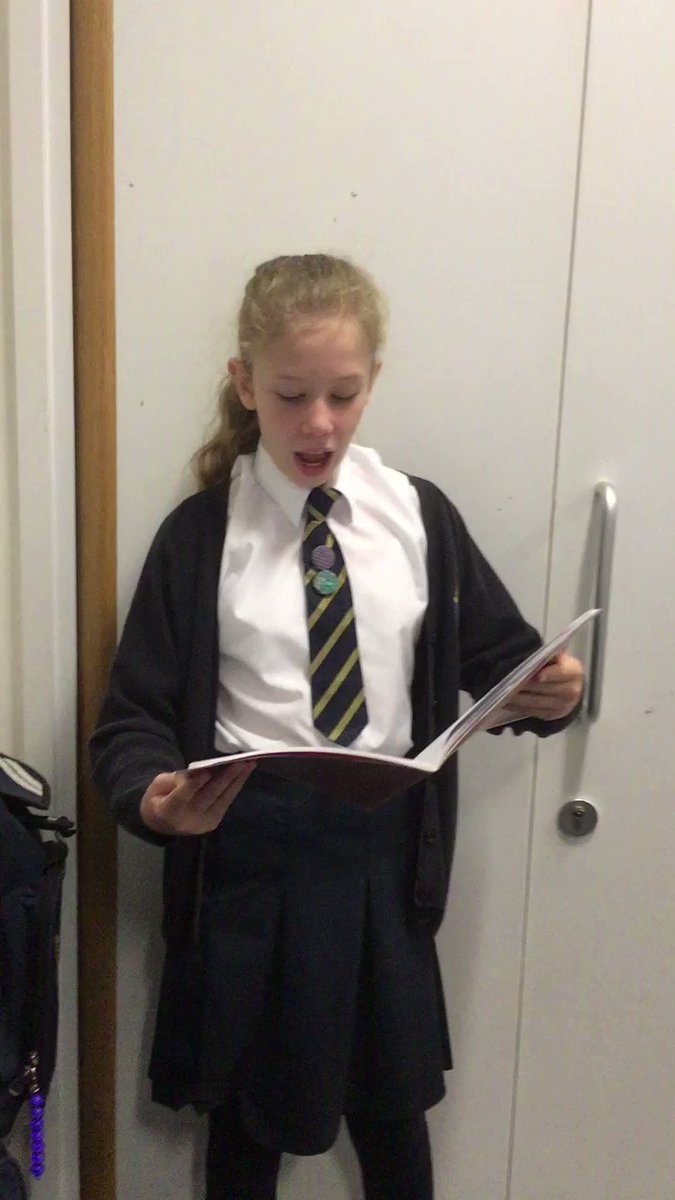 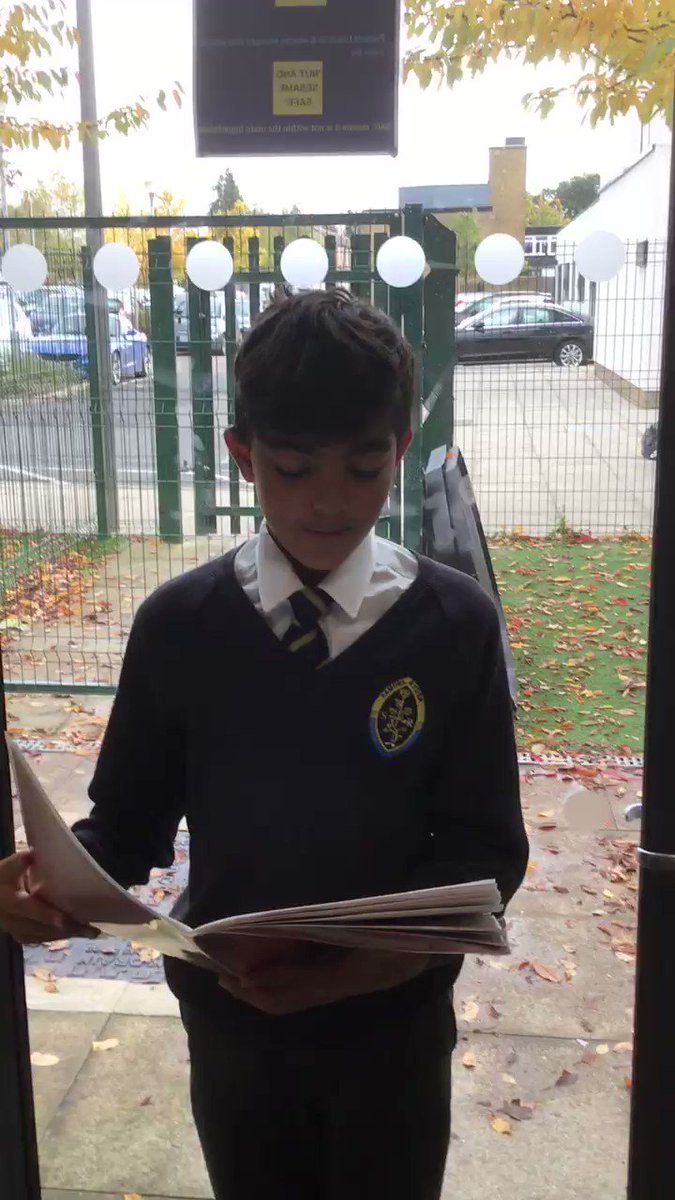 Year 6 took inspiration from Martin Luther King and created their own poems after listening to his ‘I Have Dream’. Miss Leat and Miss Bacon were blown away and inspired by the words and feelings shared. Have a listen to some of those we heard... @SRAEnglishDept #blackhistorymonth 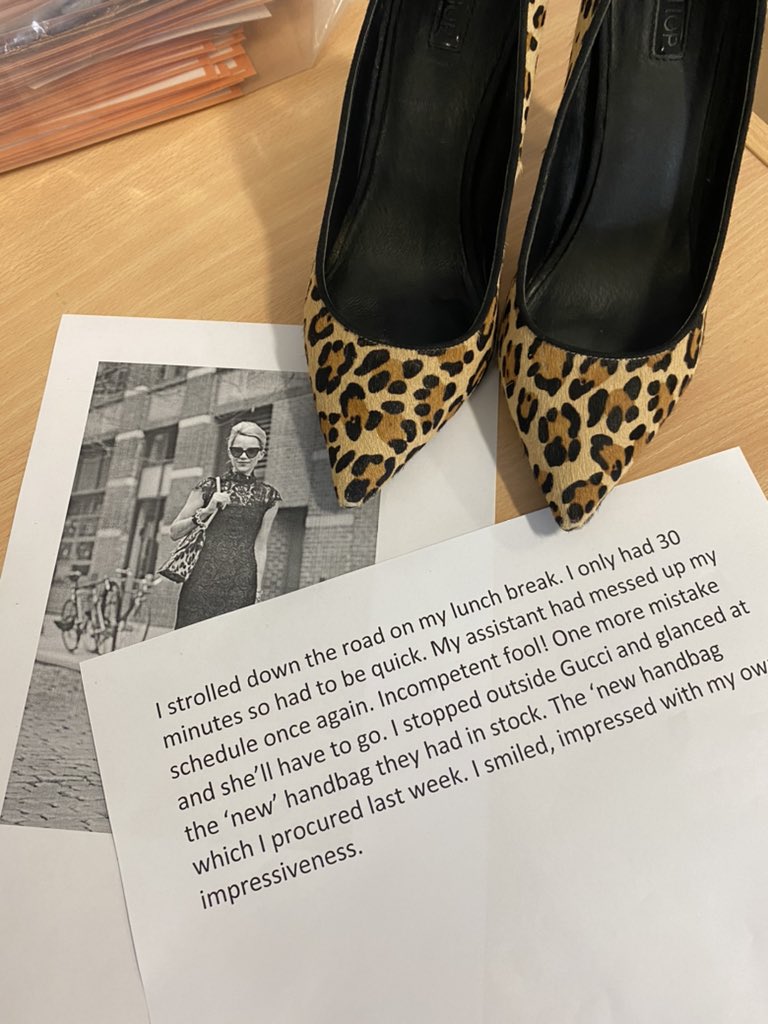 In Year 5 this morning we have been working on our inference skills, exploring who we think the shoes may belong to and why. A brilliant effort from all of the children. 👠🥿👢👞👟🥾@SRAEnglishDept https://t.co/BQeyNGiwKm

The @SRAPrimary children are always eager for these every week! Some solve them before the staff!!! https://t.co/YL8L14HXuR 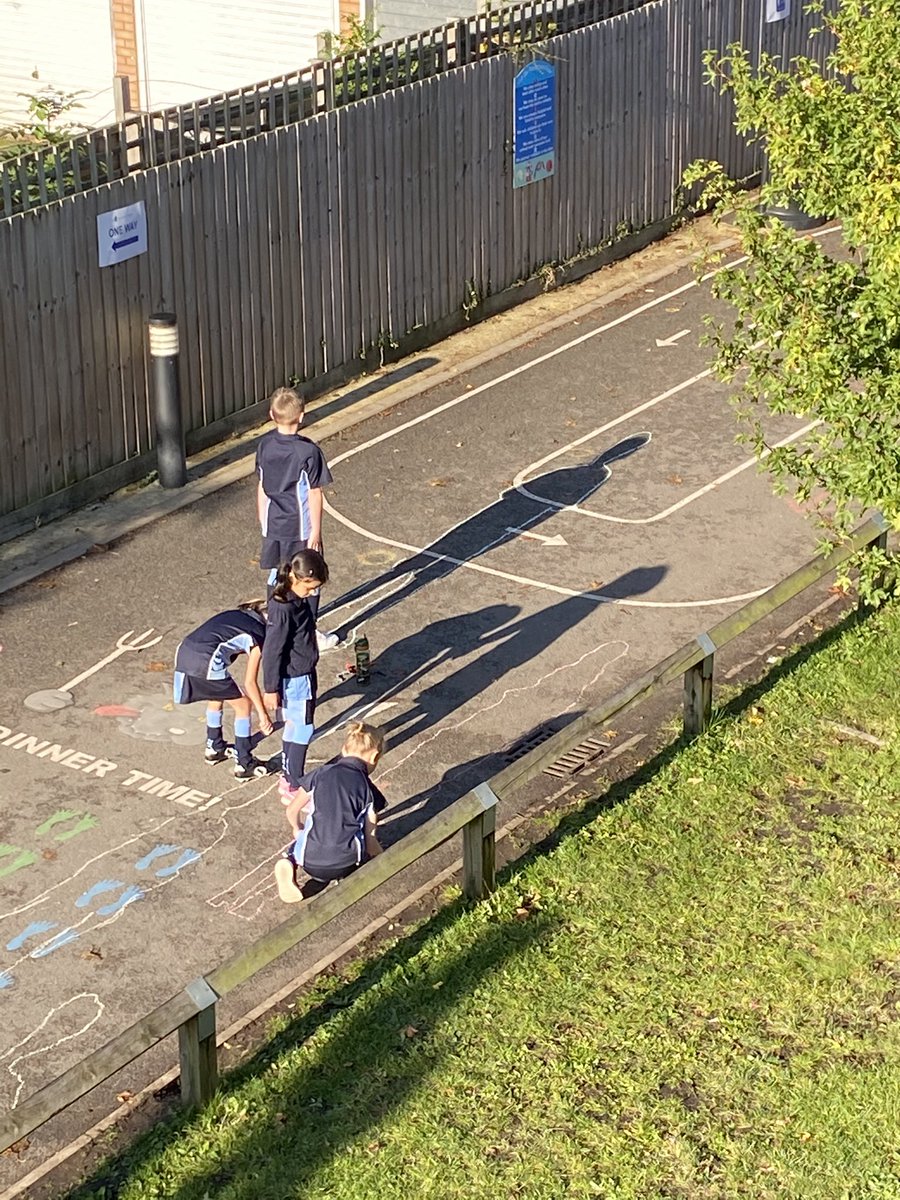 Year 3 are having a brilliant morning exploring shadows. It is definitely a perfect morning for it☀️👣 https://t.co/nwBasnFvBS 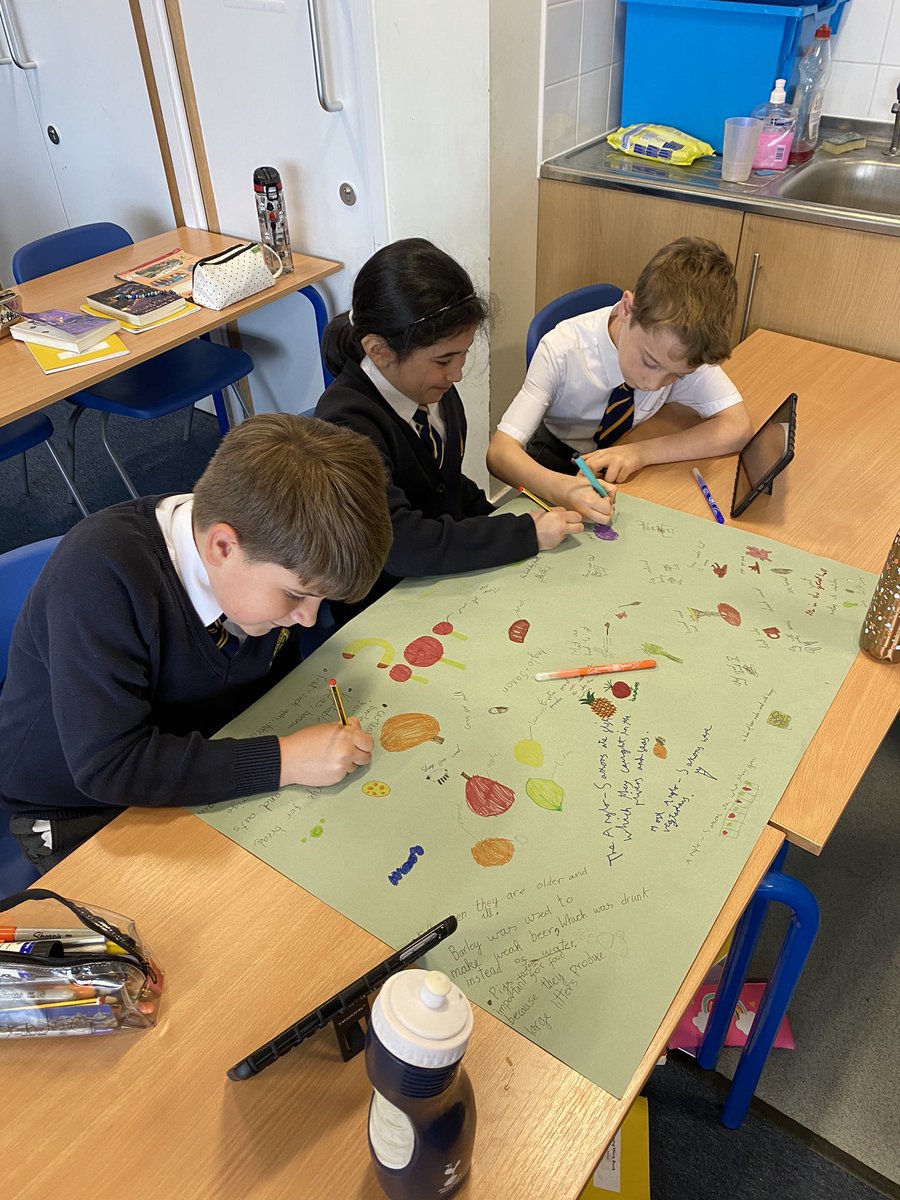 Amazing collaborative learning in Year 4 this morning- they have been focusing on the Anglo Saxons and what life was like at this time 🗡🛡 https://t.co/xSIEYcwuKP

Scholars’ Education Trust are thrilled that Matt Gauthier, Headteacher of Samuel Ryder Academy has been announced as a prestigious Silver Winner in this year’s Pearson National Teaching Awards for Headteacher of the Year in a Secondary School award category. 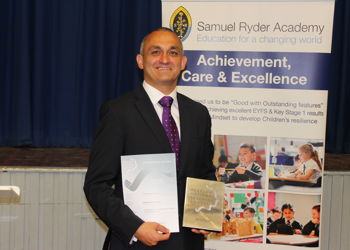 Due to government guidelines, Matt was presented his award from Claire Robins OBE, CEO of Scholars Education Trust in a small ceremony, in front of the Year 8 students, who were the first primary students to attend Samuel Ryder Academy when it was converted to an all through school, and colleagues. The award’s ceremony was also joined, via video link, by Sharon Hague senior vice-president of Pearson. The event was live streamed to every classroom and office in the school so the entire SRA community could share in the celebration.

The Pearson National Teaching Awards are an annual celebration of exceptional teachers, recognising the life-changing impact an inspirational teacher can have on the lives of the young people they teach.

Samuel Ryder Academy is a school at the heart of its community and at the heart of Samuel Ryder Academy is Headteacher, Matt Gauthier, “We are privileged as adults that the greatest gift we can give to our young people is a first class education to provide them with the “Education for a changing world” – to be the leaders of the future in our globally diverse and competitive world.”

Claire Robins O.B.E. commended Matt on his accolade “Matt is an inspirational leader, solely focussed on providing the very best possible experience for the students of Samuel Ryder Academy.  It has been a privilege to see the transformation since he became head – Samuel Ryder has become a school at the very heart of its community, providing a breadth of opportunities for its young people that any school would be proud of.   As head of Hertfordshire’s first all-through academy, Matt’s clear vision for the future, and his refusal to settle for anything less than the absolute best, ensure that the Samuel Ryder Academy continues to go from strength to strength.”

Sharon Hague, Pearson senior vice-president “So a huge congratulations from me to Matt, what a deserving winner he is, the Pearson teaching Awards judges described him as ‘a leader who dares to be different’, and I think that says it all. His colleagues said ‘Matt is an inspirational leader in every sense and deserves the wide recognition that this award would represent – although he’d kill us for saying it’ well I think it’s too late for that now! After 7 years as Head, Matt has created a school which is now achieving academically, oversubscribed, full of engaged students and staff, and developing not just a local but an international reputation for excellence. Parents have described him as “very approachable”. Students describe him as “friendly, innovative, and amazing, with a great sense of humour.” Staff cite their wellbeing as a key facet of his leadership What more could you ask for - all of this is so wonderful to hear and is exactly why Pearson supports these awards - so that teachers across the country like Matt can be recognised for their excellent contribution to education.”

Silver Winners previously have been invited to a celebratory Tea at the House of Commons. In these extraordinary time, Pearson National Teaching Awards are looking at alternative options. We wish Matt every success at the National Finals where the gold winner will be announced. 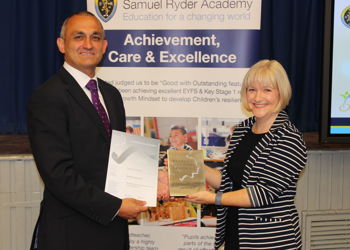