Can you guess these children's stories from the emojis? 📚 📖 https://t.co/KByyykwtSe 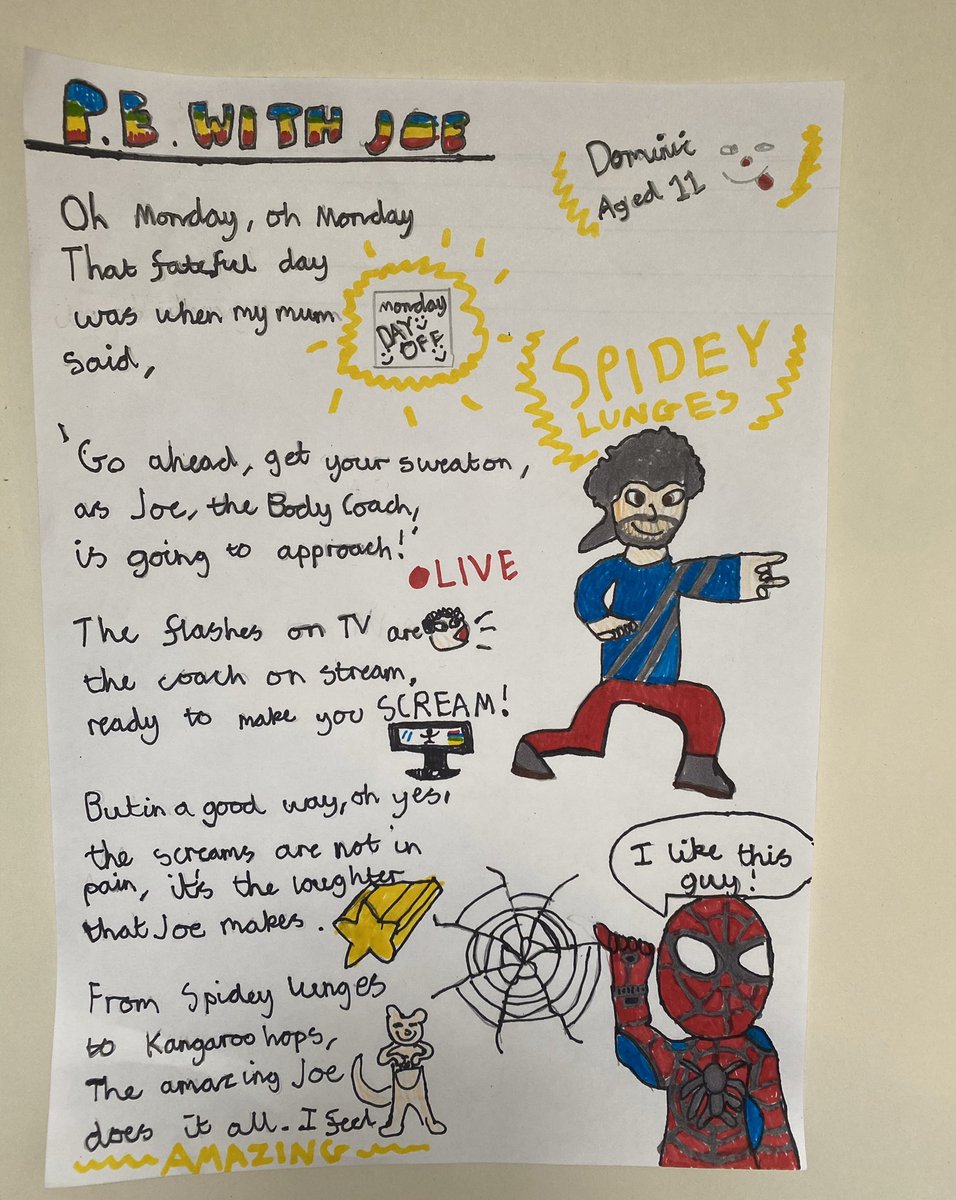 Retweeted From The Body Coach

Home work this weekend is to write a poem or letter describing how you feel after exercise. Use the hashtag #homeworkwithjoe 😀 so I can find them and share some 🙏🏼 https://t.co/2xBNjyWqt0 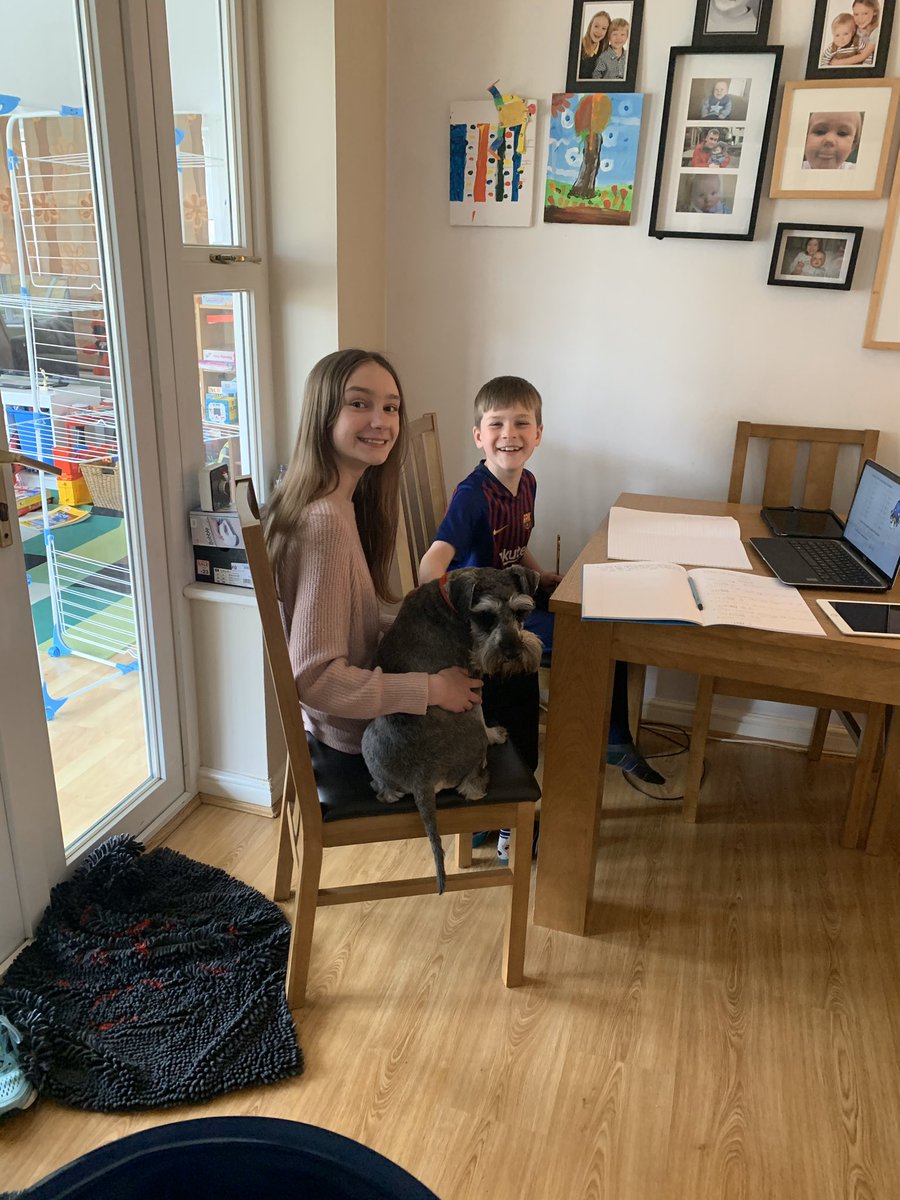 What a lovely picture of some of the home-learning that went on today. What an end to the term, we hope everyone has a restful Easter break and remember to look after one another! 🌸🐰🐣🐥 https://t.co/RikdnB6Q67

The Nightingale Hospital needs your pictures! 🎨 https://t.co/xwcokUjceu # via @thismorning

Woah... the battle is well and truly on!! Can we set any records?? Keep it up. #paceyourself #teamworkmakesthedreamwork #ttrs #easterchallenge https://t.co/wHlpfceS6a

Apologies for children in Y3 and Y4 who weren’t originally able to see the challenges due to heavy site traffic the groups hadn’t synced completely. This is all rectified so go go go with your TTRS challenges. Any issues please feel free to email me. Miss Bacon.

Parents, teachers and carers working to keep children amused and interested while we’re on lockdown might need a bit of magic, so I’m delighted to launch https://t.co/cPg0dZpexB https://t.co/i0ZjTplVoU 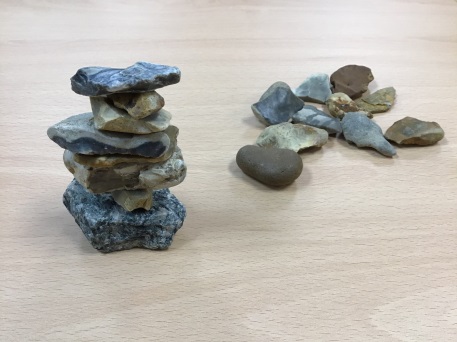 Stuck at home? Try our daily 5 Minute Creative Challenge: Collect some flat stones from your garden and make a stone tower – how tall can you build it without it falling down? #HYOC2020 #LoveLibraries #BorrowBox #HertsMyCreativeCounty #64MillionArtists #YourLibraryOnline https://t.co/mylvZ8mRDa 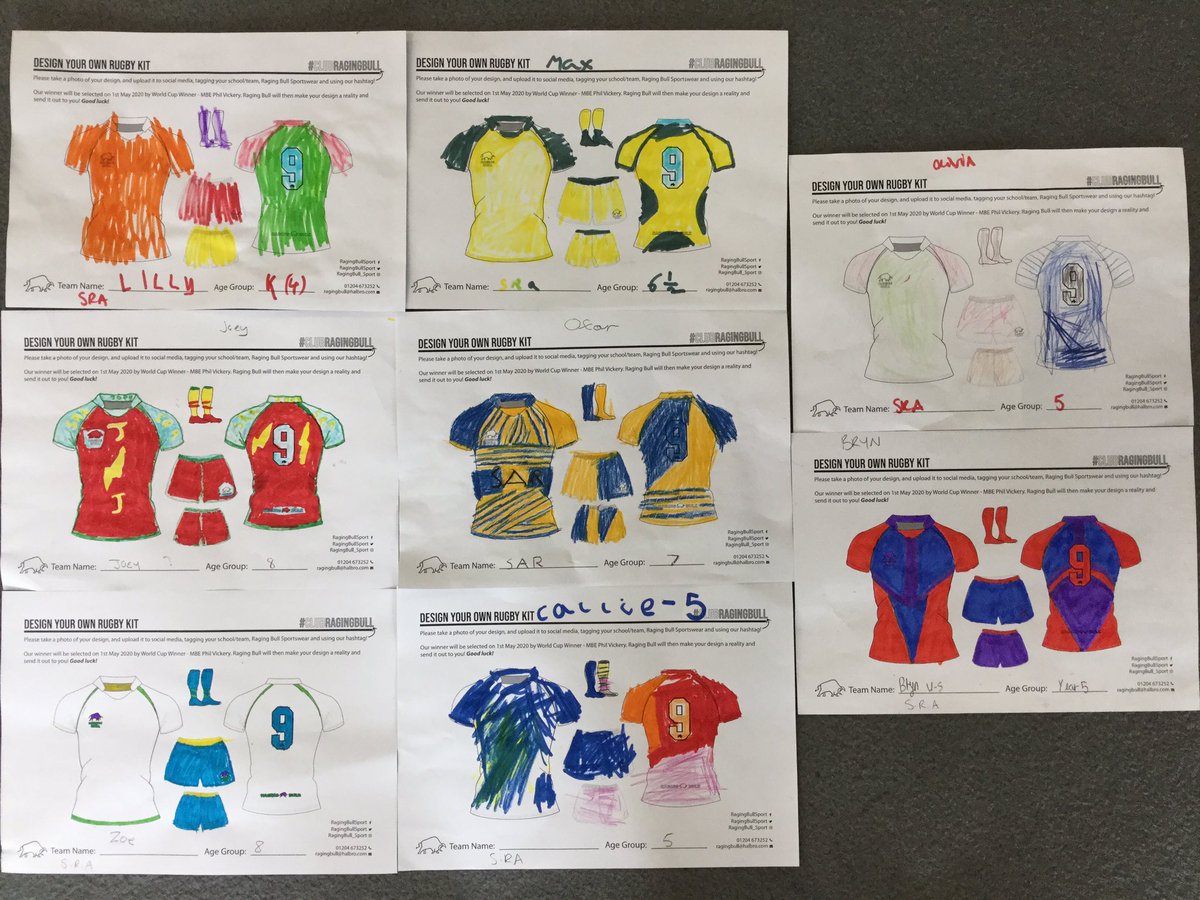 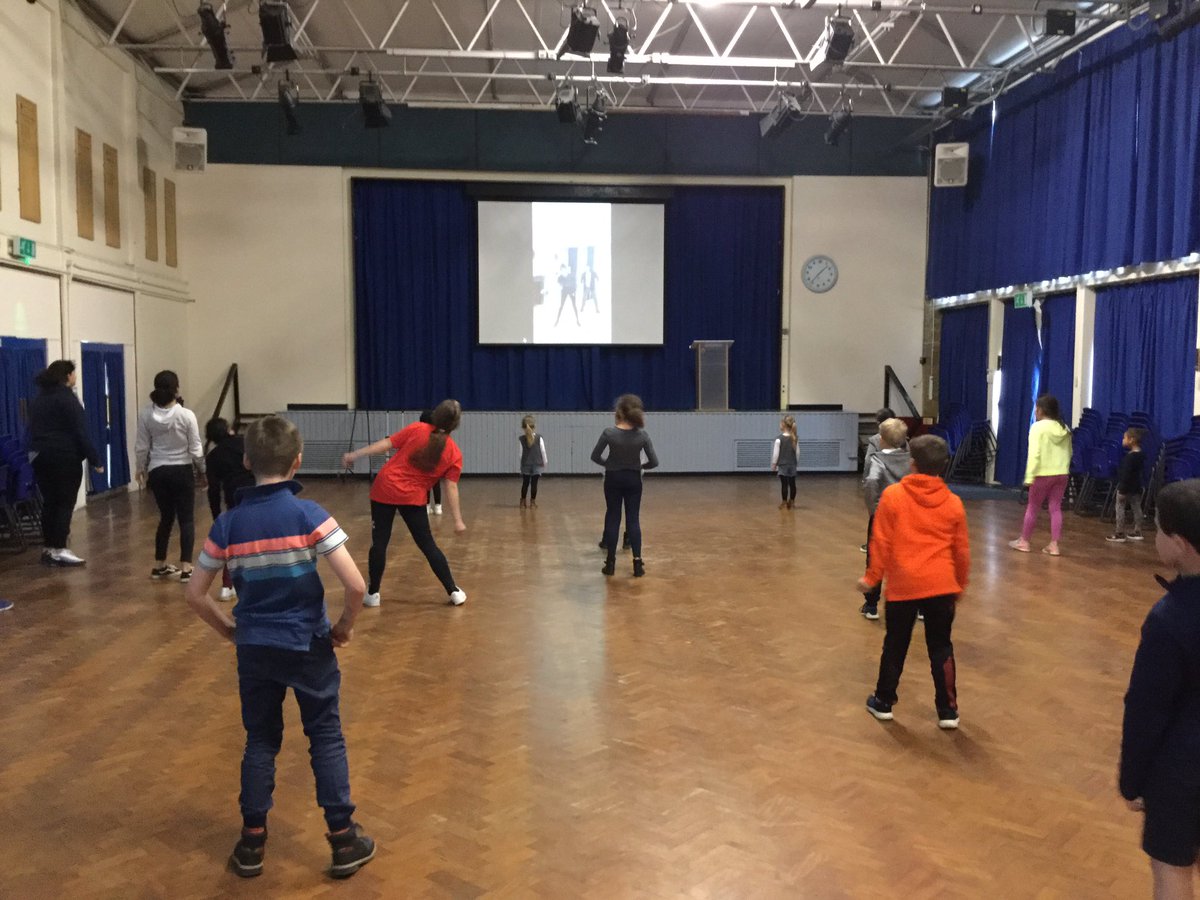 Everyone is having a great time with #dancewithOti for the ‘Greatest Showman’ and that’s just the staff! The children are great at this. @SRA_PE_Dept https://t.co/4jvDup8K5v 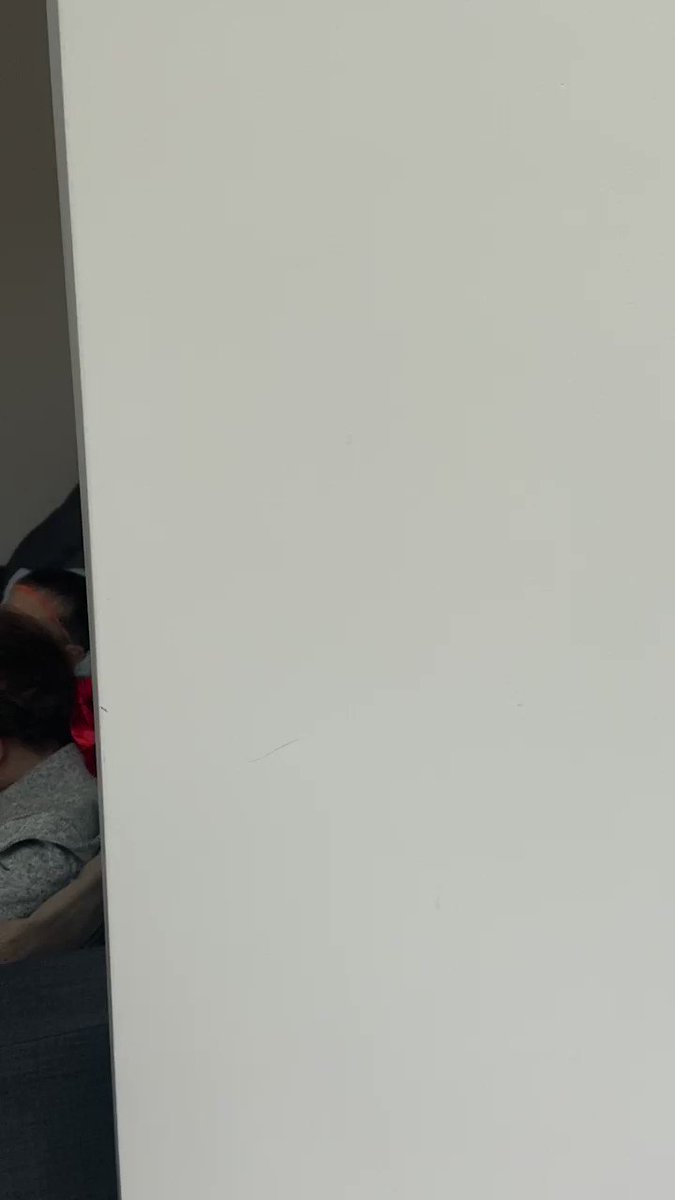 Reading time at Team Salter school. 💖📚💖 Text kindly donated by @CharlieH208, we will be writing our book reviews once we are done. @SRAPrimary #reading #Homeschooling2020 https://t.co/9quE04HME8 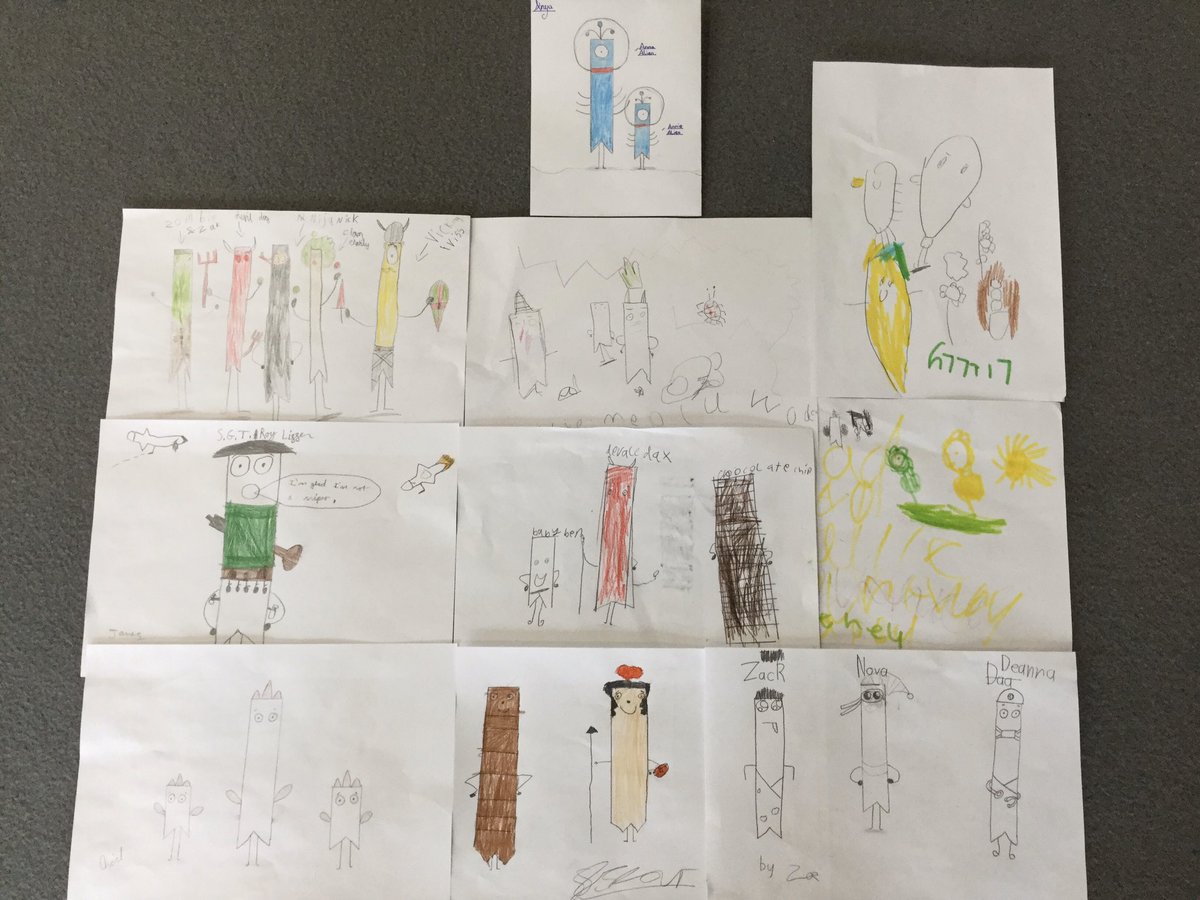 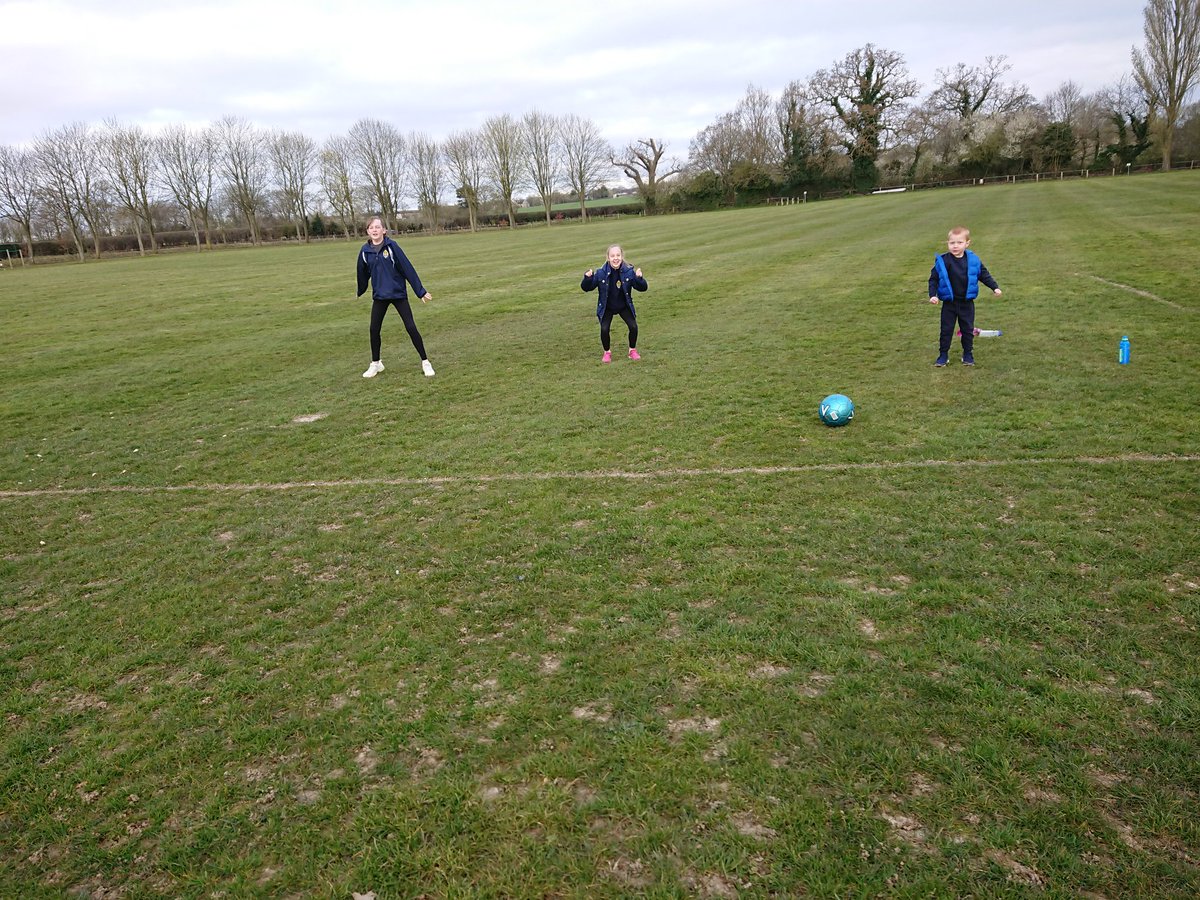 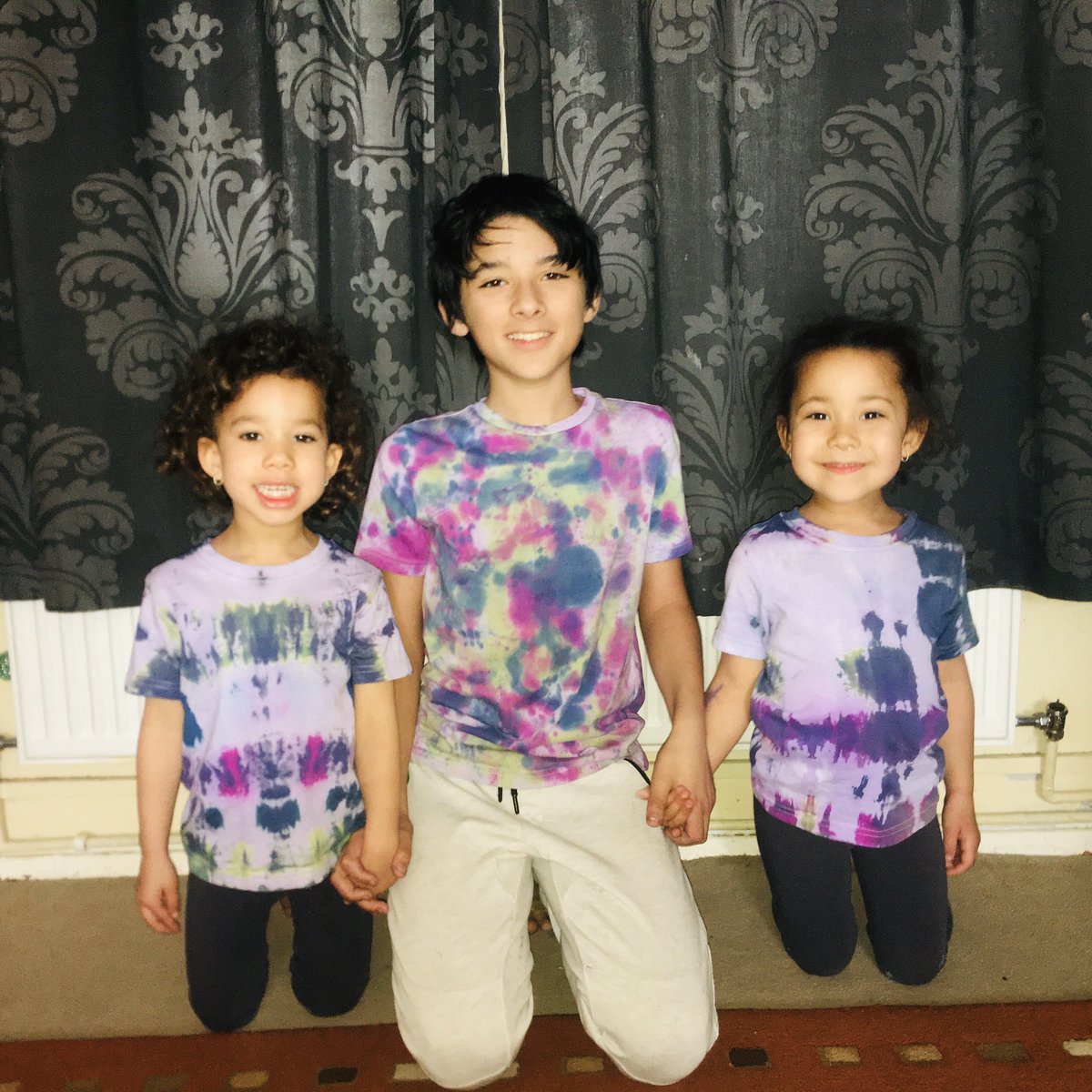 It has been so lovely seeing what all of you have been up to during your time at home. I love the tie-dye T-shirt’s that Jayden (Year 6) and his little sisters made! Keep sending all your lovely photos to your teachers! 🎨📚 https://t.co/MO4Hh0n6AI 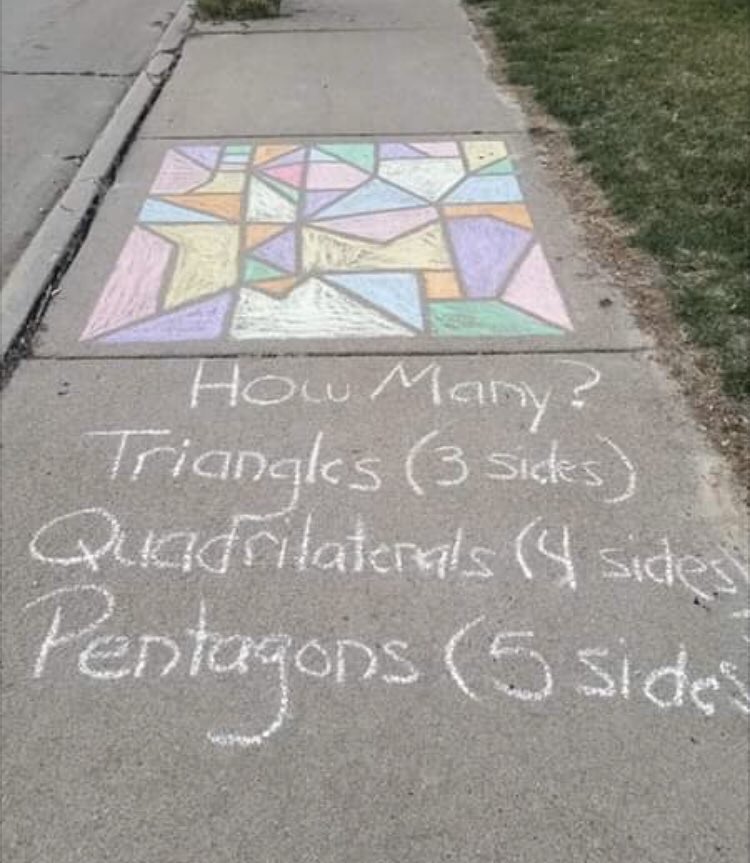 @elerisalter @SRA_Maths Glad to help. What’s not to love about a bit of rivalry. 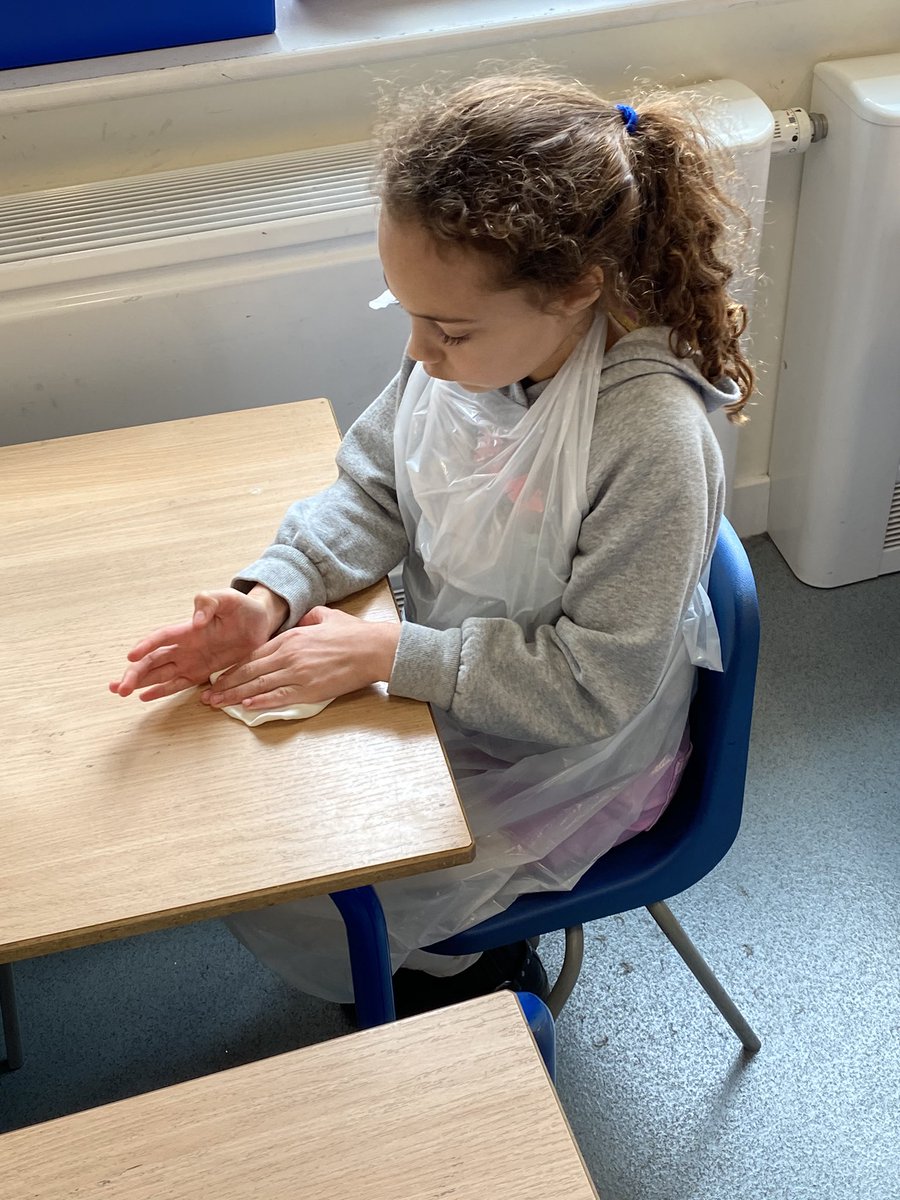 A bit of clay modelling with the children that are still coming to school! Everyone definitely enjoyed this activity! https://t.co/63kuMphGkI

Obviously if anyone else likes the look of the book. This is the first in the series. Give it a go. Let us know your opinions of it. Imperial Class were giggling a lot! 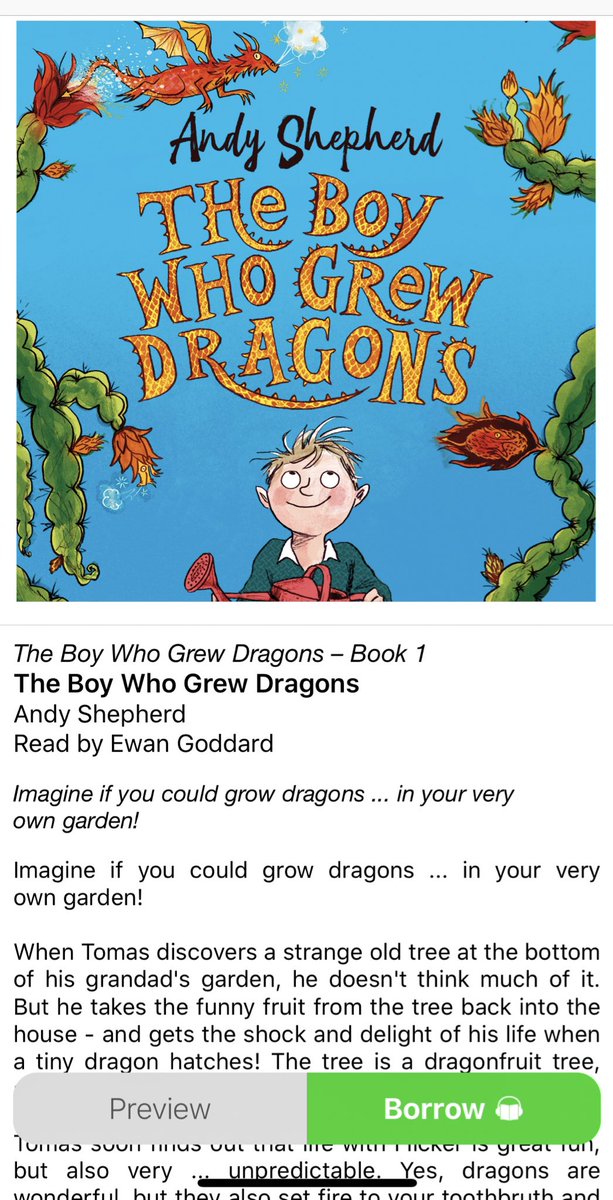 Calling Year 5 Imperial class. I know we didn’t get to finish our class book but luckily it is available for loan in the BorrowBox app from Hertfordshire libraries. You can borrow and listen for free if you are a member or sign up for free. Miss Bacon https://t.co/LtNM1KsiiL

Retweeted From The Body Coach

If you missed the announcement today, I shared an update on how much money we've raised so far from advertising on YouTube 😀 Thanks to you and everyone that has taken part and watched the #PEWithJoe workouts... we've together raised just over £80,000 for the NHS 🙏🏻

Here’s today’s recommendation especially for our primary singers, Young Voices are doing some exciting online workshops/singing sessions, both live during the day and available on demand on YouTube- take a look for yourselves: https://t.co/xi6jVnmT5x

An update for the TT rock stars battle. The children just simply need to complete their times tables as they would normally any points that they accrue will then be added to their class as all children are allocated to their class. This will continue for two weeks

@SRA_Maths @MichelleMiles20 The students have already been allocated a battle so the more points they score the more it contributes to their class total. Good luck! 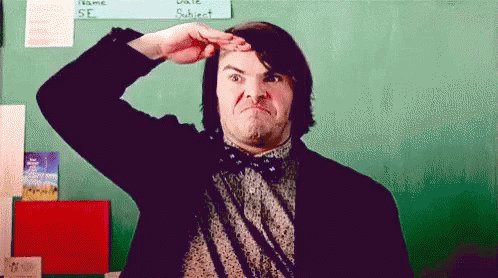 And the KS2 TTRS challenge has begun! Who will come out top in the battle of the year groups? Log in to your account and take part in the battle! @SRA_Maths https://t.co/lApCvlTObS

Reading lists for all key stages. Might be helpful for anyone in need of reading inspiration! 📚 https://t.co/LOVtIFTlkx 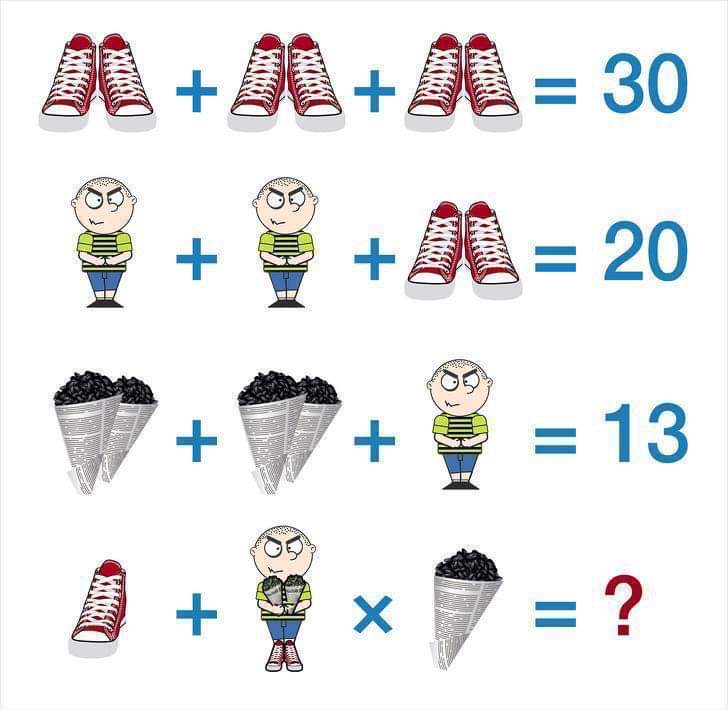 A fun Maths challenge to get your mind working. It is not as simple as it seems! https://t.co/EejZYSTPkq 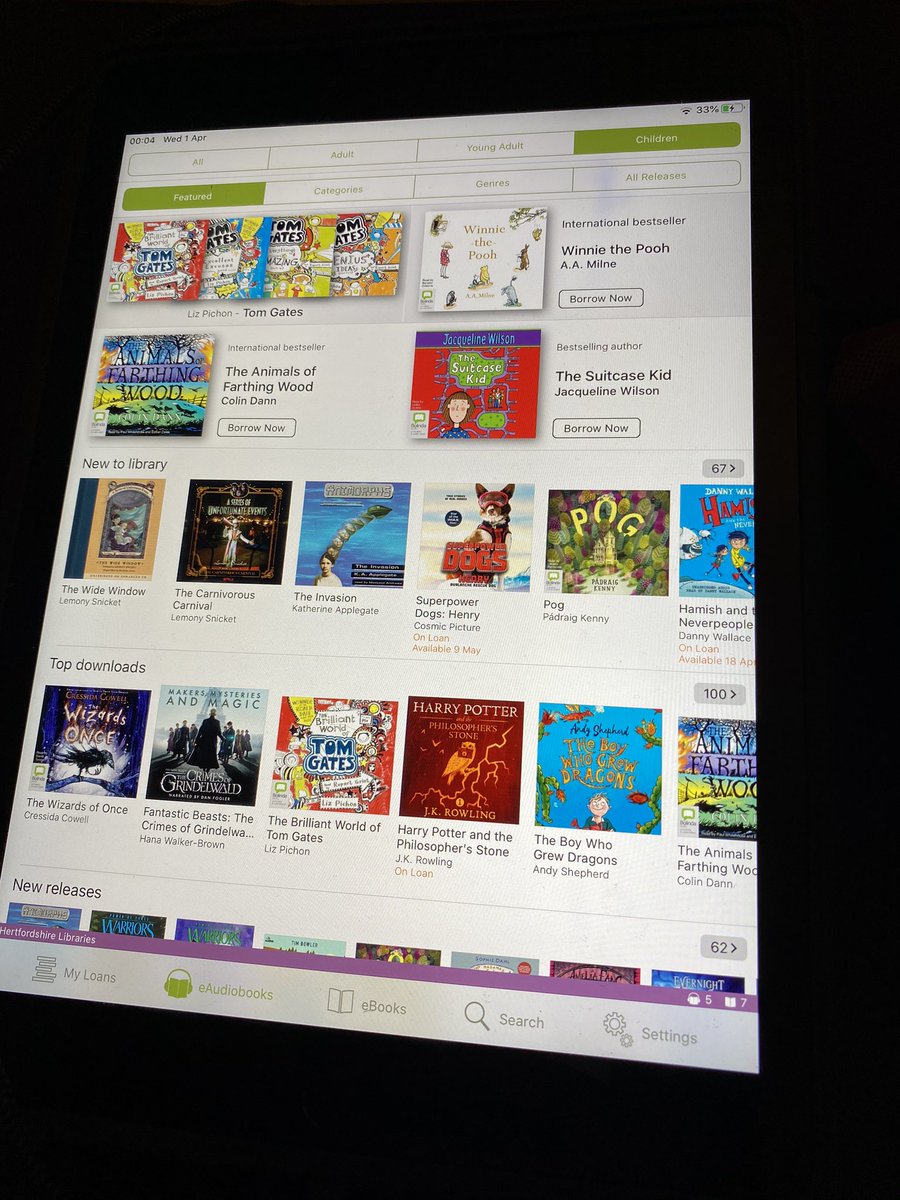 Great news...if you are a member of Hertfordshire Liraries, you can borrow ebooks and eAudiobooks just by downloading the Borrow Box app. You are still able to join online with a unlimited temporary account. @StAlbansLibrary @HertsLibraries #ReadAllAboutit https://t.co/xX39sPFF5I 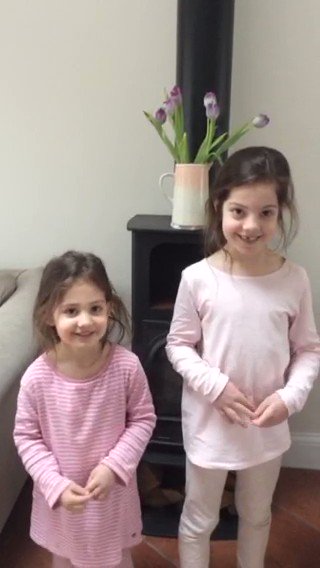 Jolly hockey sticks! A bit of nostalgia for the whole family as a new series of Malory Towers is now available on iplayer. Perfect comfort tv and a great reminder to pick up those books again! https://t.co/4GbBlcl4Po 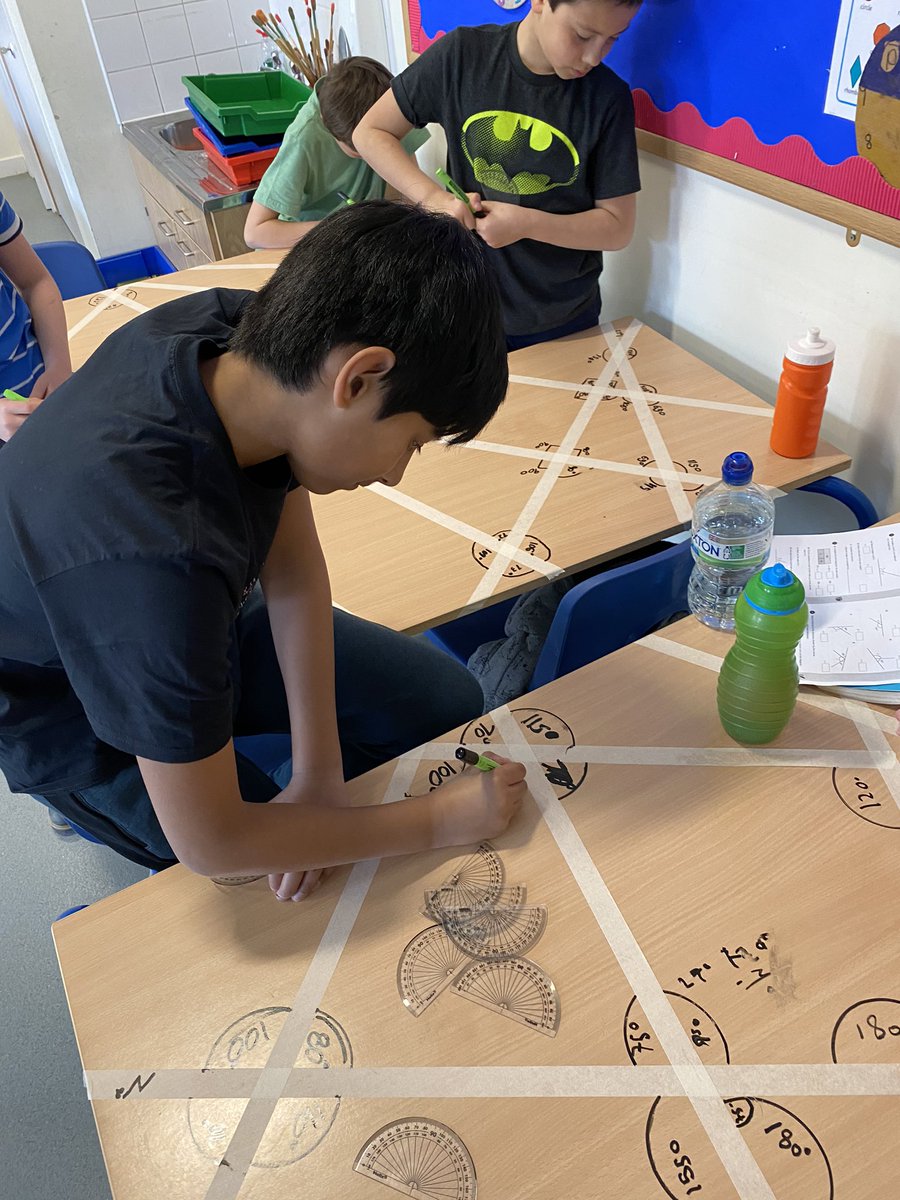 Well done to all the children who showed great mathematical understanding in our fun lesson this morning! @SRA_Maths https://t.co/OXl1eihpDw 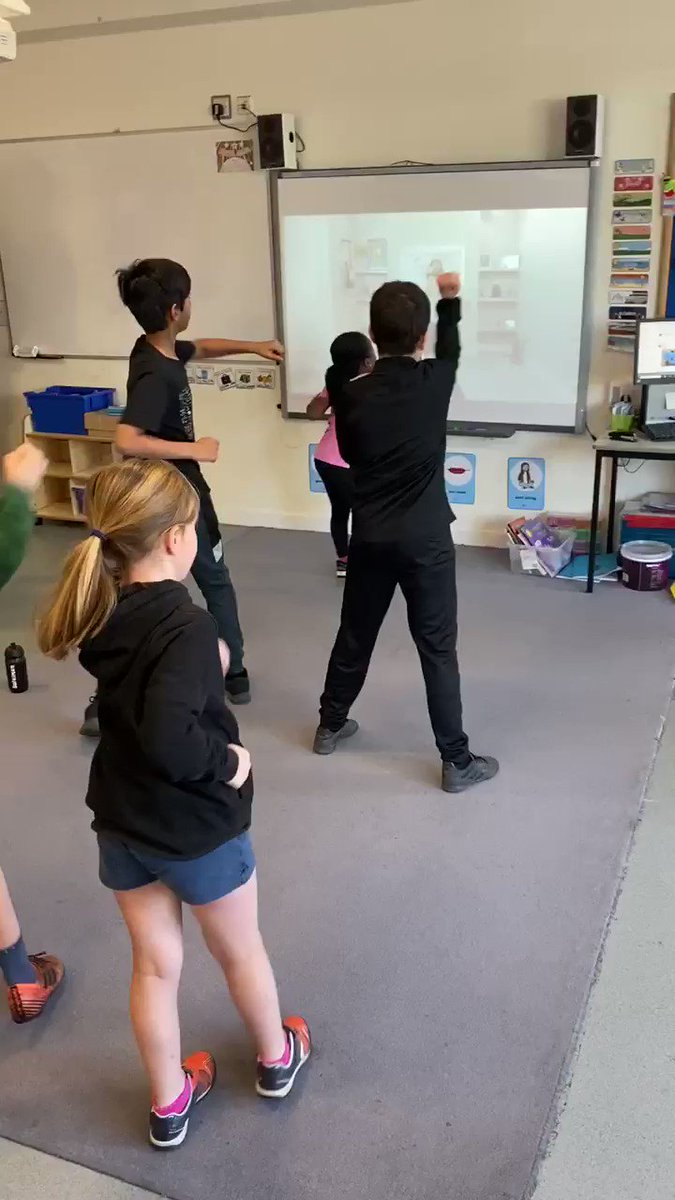 PE this morning with @thebodycoach what a great start to a Tuesday morning! https://t.co/RjsgnDn0YV 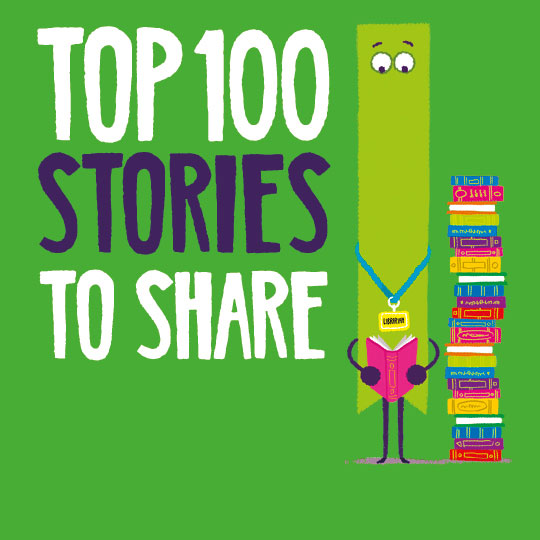 Looking for new books to read over the coming weeks? Don't miss our list of the nation’s TOP 100 STORIES TO SHARE as voted for by you. This is the ultimate list of stories to share for all ages, to give children & teens ideas of what to discover next. https://t.co/2obqQVfnSU https://t.co/2jFYF9QpE7

Let’s all take a moment to thank our wonderful #teachers who are dealing with more than we can imagine. Show we appreciate the wonderful job they are doing & the vital role they continue to play in our society by sending a FREE card here https://t.co/r30e9MyxHw #ThankATeacher 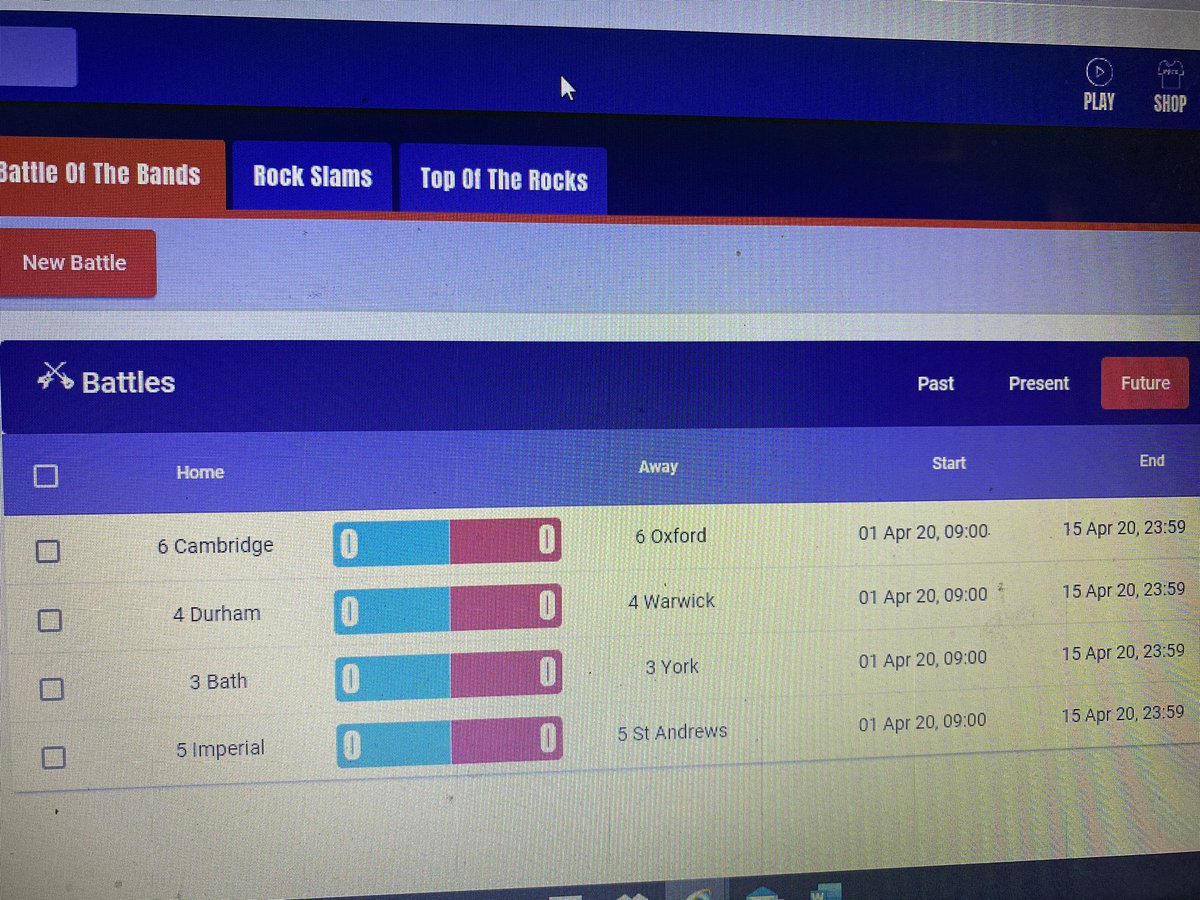 Well done. Hope there was a ‘spring in your step’ after that activity in the fresh air! https://t.co/9nHKyI8CDX

The name of the Association is the Samuel Ryder Academy Parent Teacher Association (PTA).

To advance the education of the pupils of the school by providing and assisting in the provision of facilities for education at the school, and to further these objects the PTA may:

a.     Foster more extensive relationships between the staff, parents and others associated with the school; and

b.     Engage in activities which support the school and benefit the pupils attending it.

3. Limitation of the purposes of the Association

Nothing in these rules shall permit the Association, or any of its Committees to interfere in the administration or management of the school.

All members of staff, the governing body and parents or guardians of children attending the school shall automatically become members.  Other people with an interest in furthering the objects of the Association may apply for membership, and be admitted at the discretion of the Committee.

a.  The Headteacher shall be President of the Association.

b.  The other Officers shall be the Chair, Vice-Chair, Secretary, and Treasurer, to be elected annually at the Annual General Meeting. In special circumstances officers may be co-opted until the next AGM. No one of these Officers can continue to hold one office for more than three years, but is eligible for election to another post. After one year has elapsed, a person is eligible to serve for up to three years in a previous post. If a vacancy remains unfilled at the time of the first meeting of the Committee elected at the Annual General Meeting, the Committee may, at their discretion invite the retiring Officer to serve, even though that person has already served for three years or more in that position.

b.  Committee meetings shall be held at least once per term. 10 members of the Committee shall constitute a quorum.

Bank accounts shall be operated in the name of the Association.

a.     The Association has power to accept donations, subscriptions or otherwise raise funds for the purpose of the Association, to the extent that such activity should not include permanent trading.

b.     Cheques shall be signed by two Officers

c.     The accounts shall be kept by the Treasurer and shall be audited by one auditor appointed at the Annual General Meeting.

For security reasons, the Treasurer and one other Committee Officer will regularly remove money from the high earning stalls at any Event. The a.     amount taken by the Treasurer will be noted down and left in the money box.

b.     At any large Event, only 2 or 3 persons (to include the Treasurer or if the Treasurer is not available, one other Officer) are permitted to be present and to count up the money at the conclusion of the event.  This will take place in a locked room with no access to other persons.

c.     All monies to be collected from all stalls by Officers before the counting starts.

d.     Where possible two Officers will take all monies from Events to be banked as soon as is possible post event. All money is to be kept locked in the safe until such time as it is banked.  If it is not possible to have two Officers, then there must be still 2 persons, one of whom is to be an Officer.

e.     Two Officers, can agree in writing, a spend of up to £500 outside of a PTA meeting. However where possible all expenditure to be agreed at a PTA Meeting. Any expenditure agreed by the Officers outside a Meeting, should be declared at the next Meeting so that it can be minuted.

The Association may be dissolved by a resolution presented at a Special General Meeting called for this purpose. The resolution must have the assent of two thirds of those present and voting. Such resolution may give instructions for the disposal of any assets remaining after satisfying any outstanding debts and liabilities. These assets shall not be distributed among the members of the Association, but will be given to the school, or in the event of a school closure, to the School to which the majority of the children in the closing School will go, in any manner which is exclusively charitable at law.  If effect cannot be given to this provision, then the assets may be given for some other charitable purpose.