Well done everyone! Looking forward to another great week for both those working remotely and those in school. You have definitely made us smile with all your wonderful learning! Keep it up! https://t.co/rnJkUOMcsB 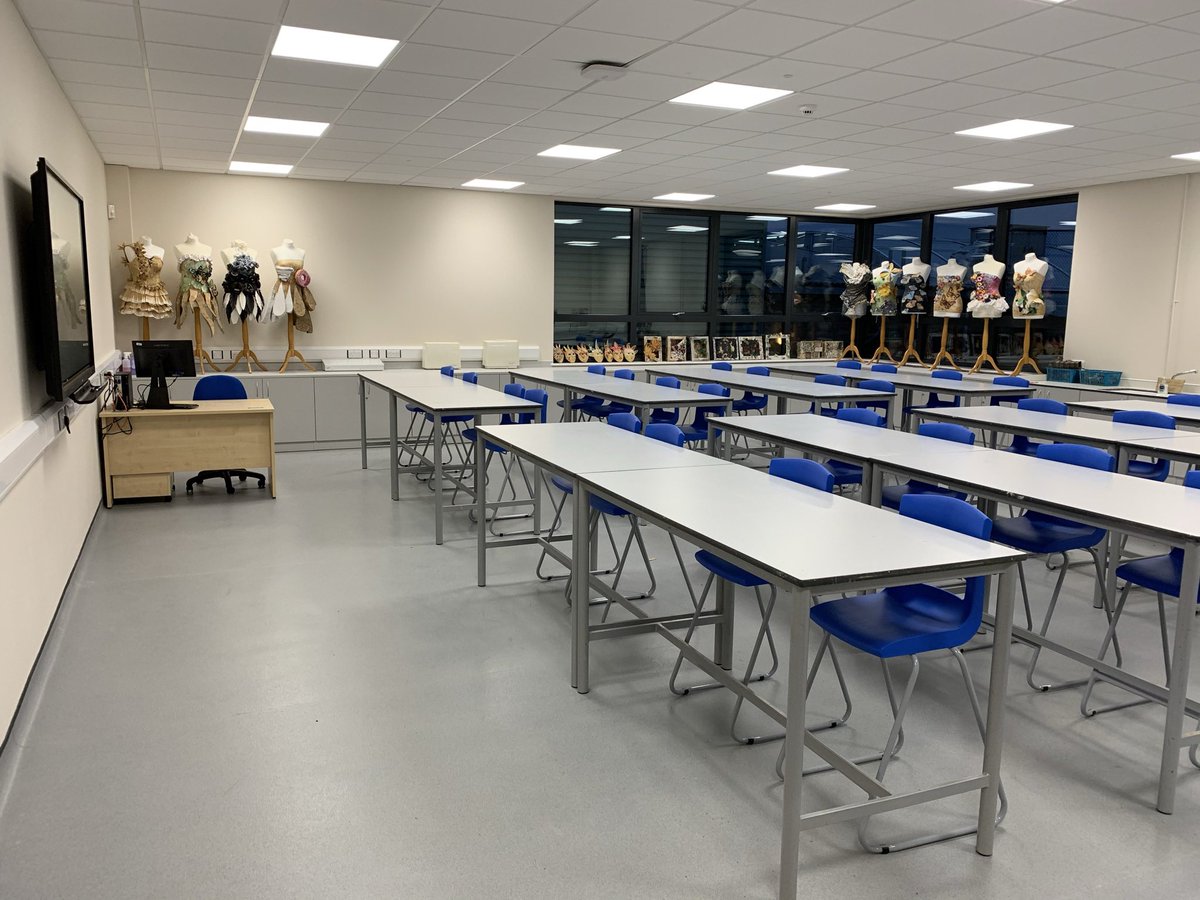 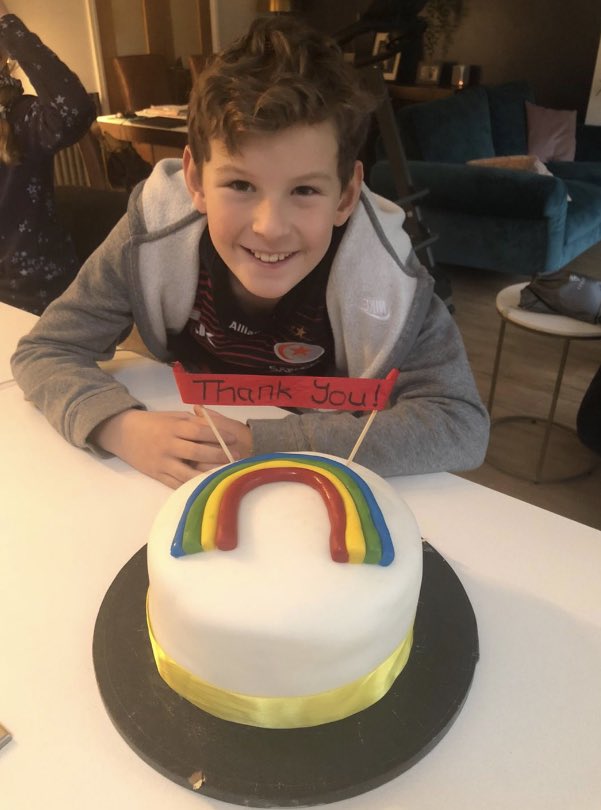 To finish off week 2, we would like to celebrate this lovely gesture by Rory in Year 5. He has created this beautiful cake and donated it to a local hospital to show his thanks to the NHS staff working tirelessly at this time. 🍰🧁🌈#NHSheroes #thankyou #homeschooling2021 https://t.co/7u7ydygtAF 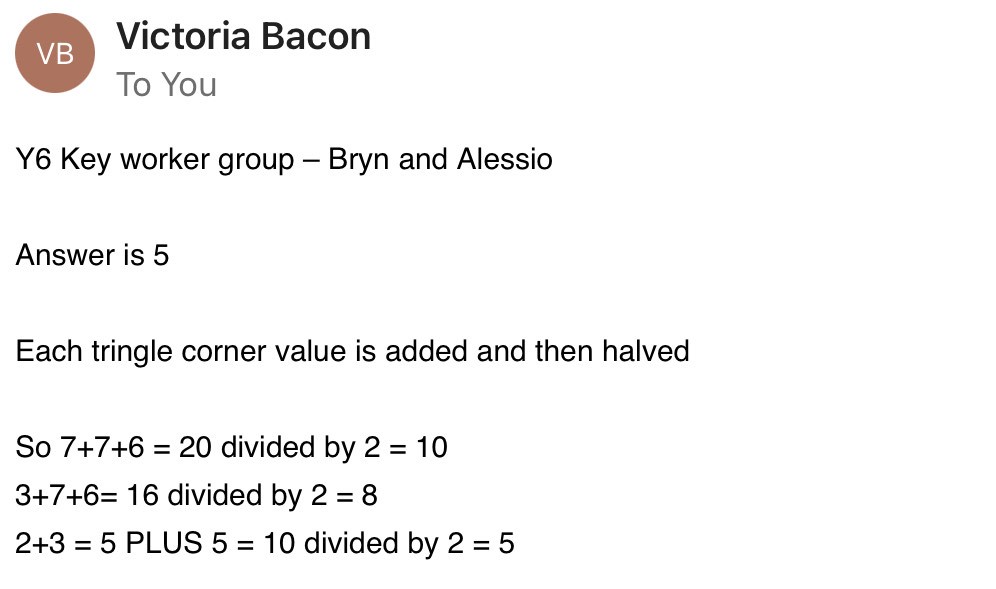 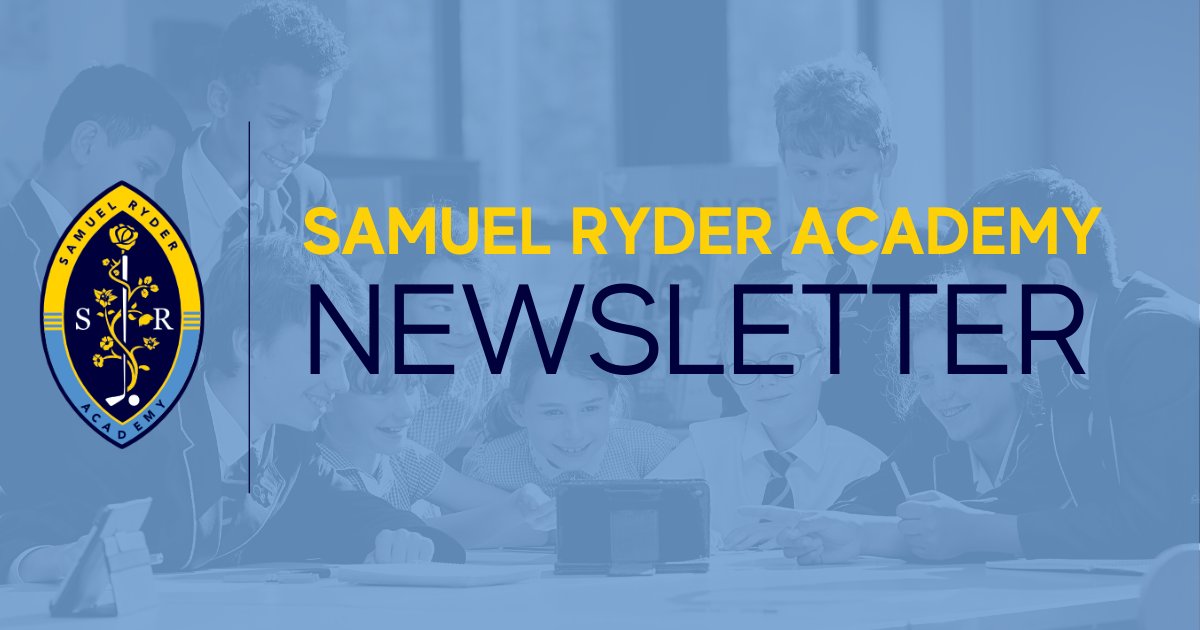 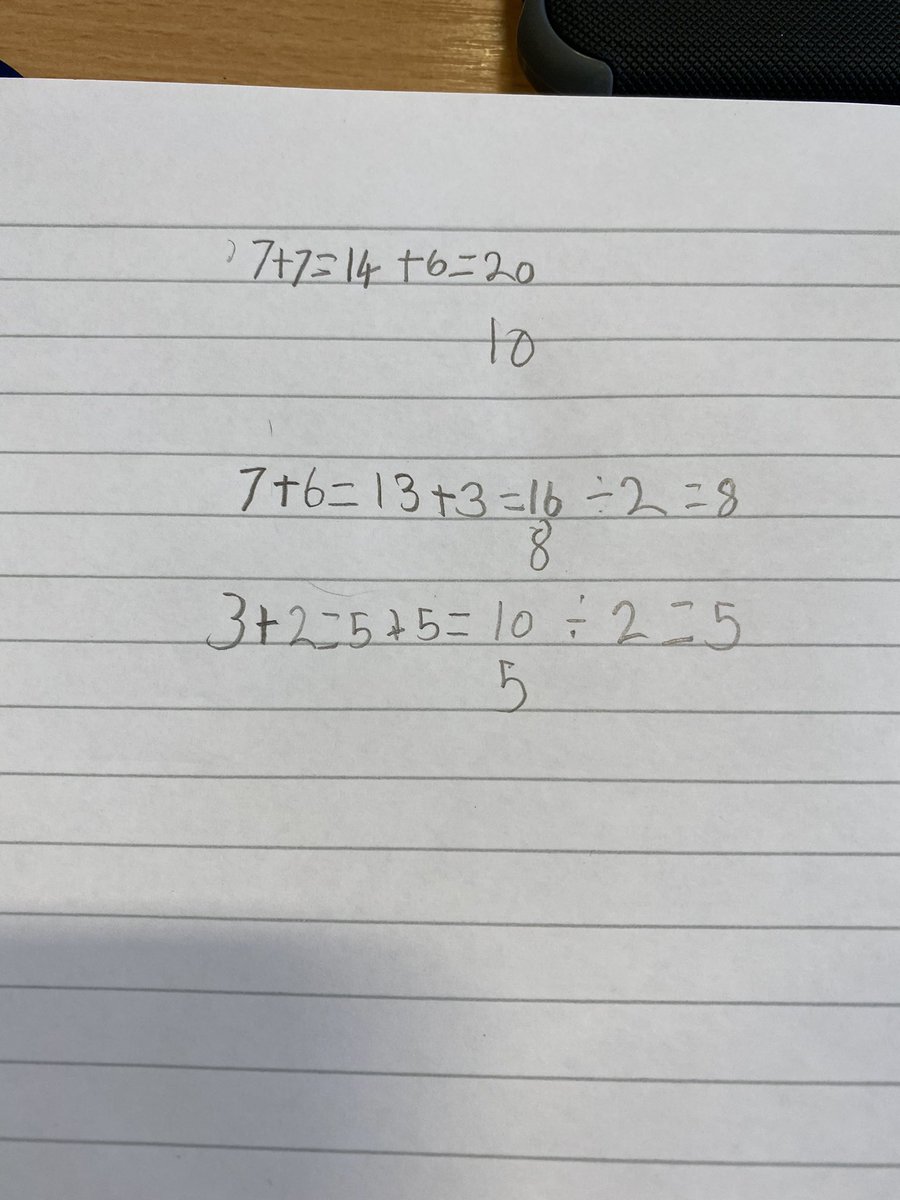 @SRA_Maths @SRA_StAlbans Lots of mathematical thinking today! We are really enjoying this one! Lots of discussion on remote learning sessions and in school. 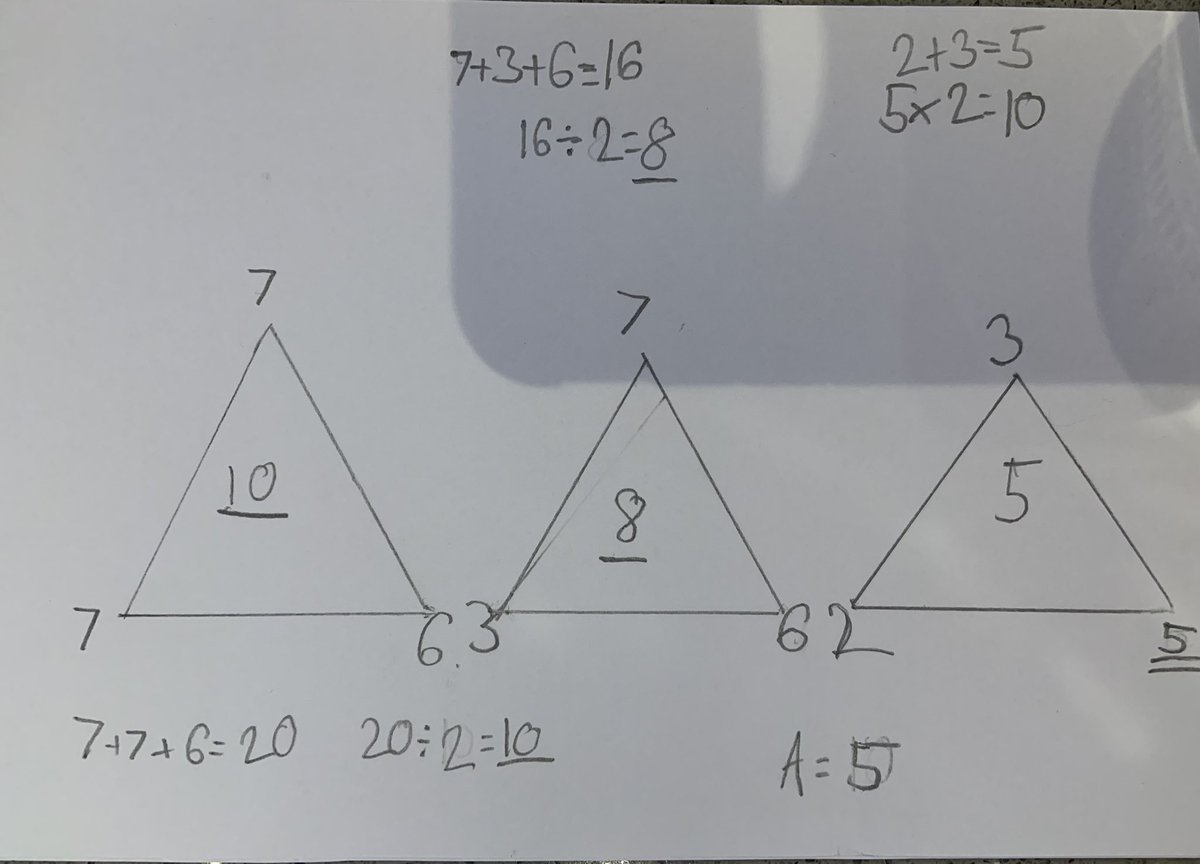 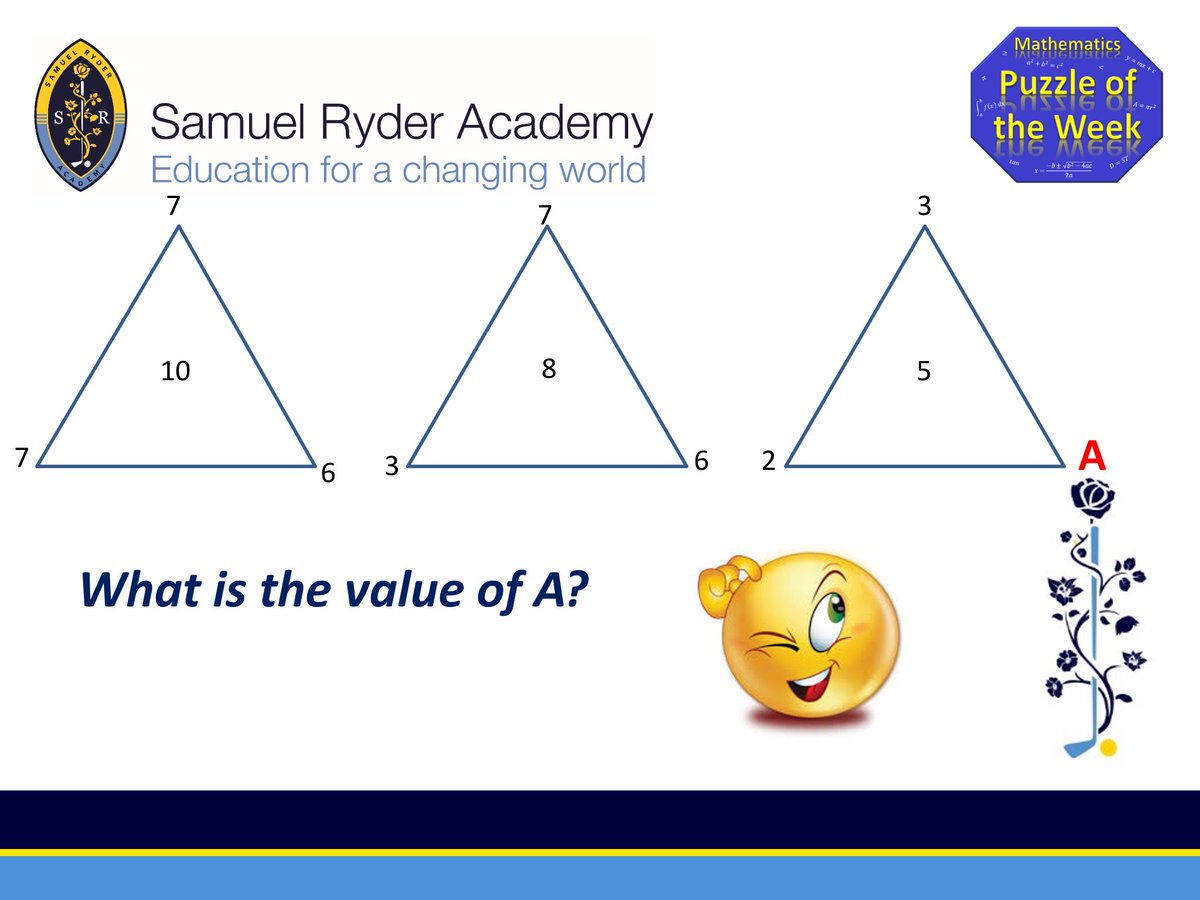 Puzzle Of The Week @SRA_StAlbans @SRAPrimary for students, staff and families. This week’s puzzle was contributed by Kai in Year 12. We look forward to seeing your solutions any time today - tweet us a photo of how you solved it. Happy puzzling! https://t.co/isvLWFJqLK 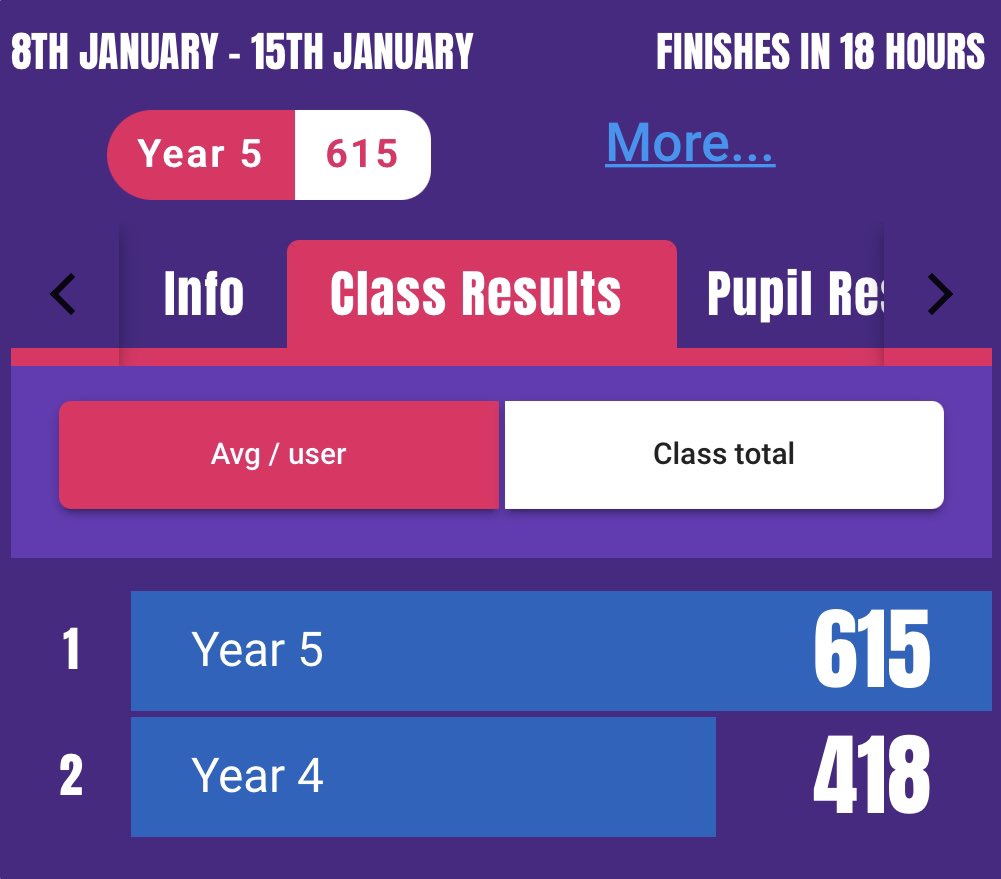 What a great resource. Thank you Mrs Battersby! https://t.co/Bg5enFX1Ml

Puzzle of the Week returns to twitter on Fridays. We are looking for great explanations of your solution, not speed of response. Dojos/Reward points for the best ones @SRA_StAlbans @SRAPrimary Easy way to show your maths working: write on paper, take a photo, attach to tweet. 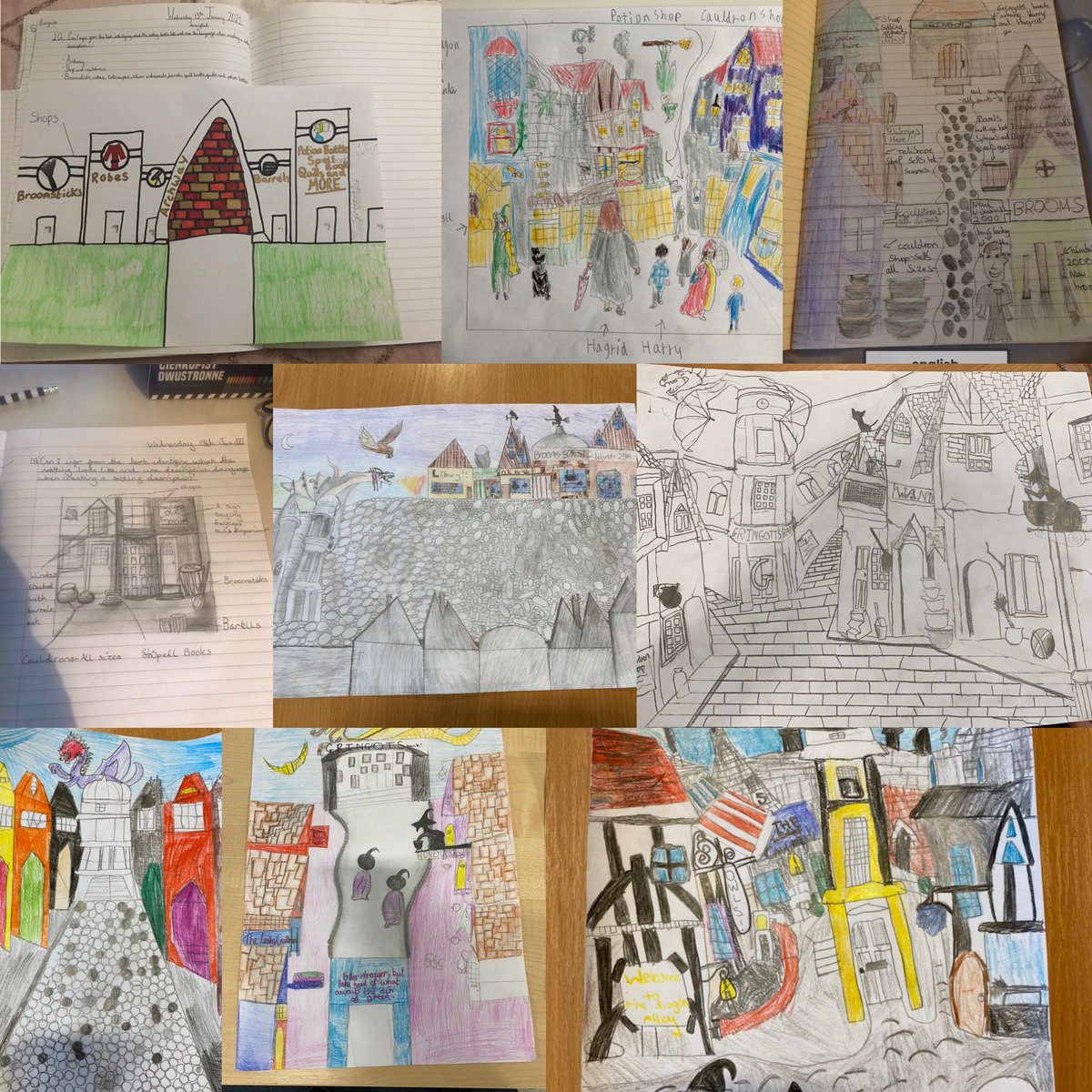 Welcome to Diagon Alley! Here is a selection of our learning from our remote learners and those in the key worker group. #teamwork @SRAEnglishDept @SRA_art_ @SRA_StAlbans https://t.co/pQiuSv6AeC 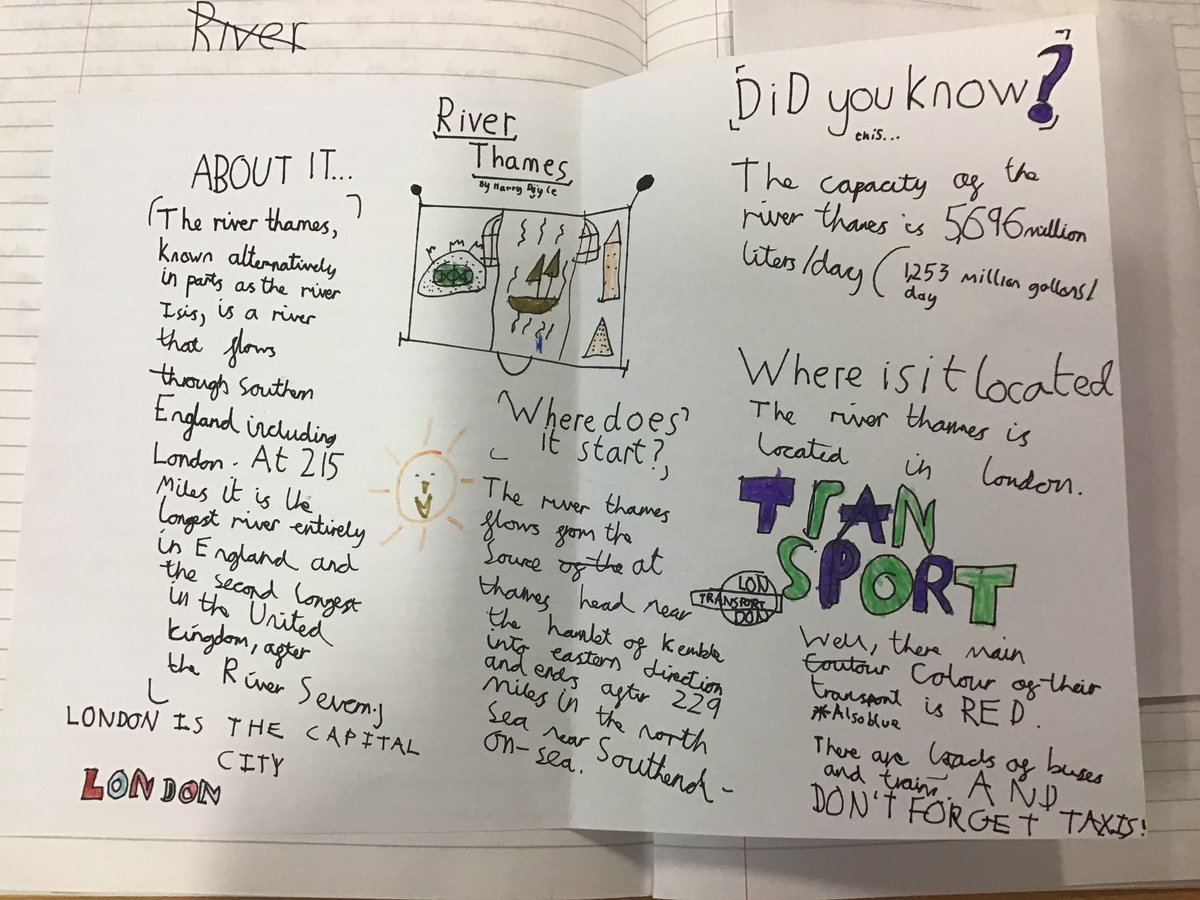 Year 4 have been investigating rivers. The children have independently selected a river to share their learning on. Take a look... @SRA_Geography #year4 #rivers #waterloadofinformation https://t.co/izrTmzsoPH

Look out for our Diagon Alley inspired artwork from our English Lessons today. We are taking our time but can’t wait to share them... @SRAEnglishDept @SRA_art_ #year6 #diagonalley #crosscurricular #harrypotter #english #inspired #excitinglearning https://t.co/oskd8KCI9e

Great work Adem and the fastest time for primary so far! https://t.co/aPdb2cEoa9 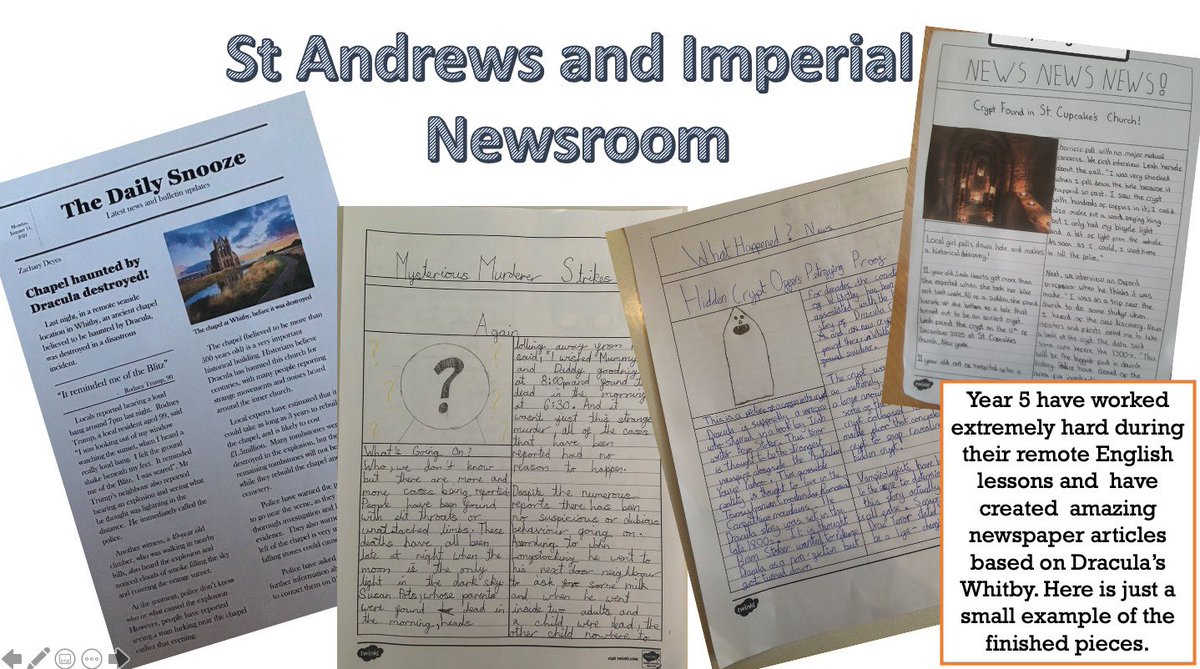 Year 5 have been busy writing their own newspaper reports! Check out some of the final pieces below! @SRAEnglishDept #Amazing #hardworkpaysoff 📝📰 https://t.co/MYz0Db9Fcd 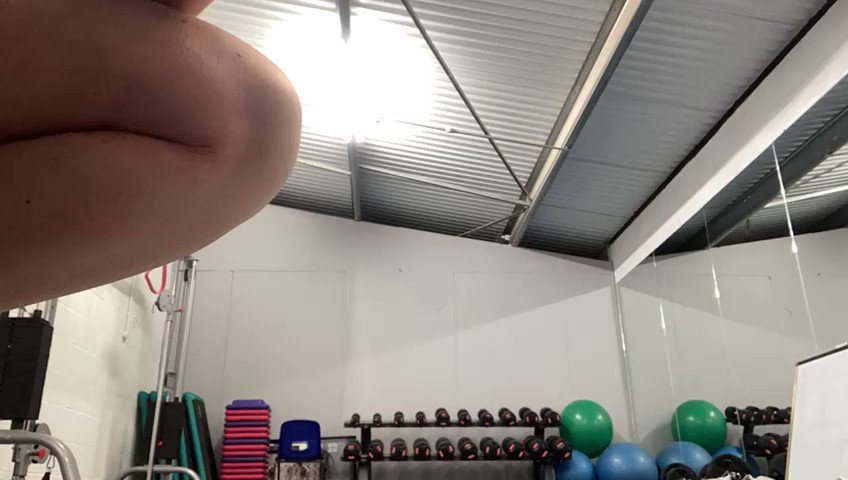 This weeks challenge: How quickly can you complete 100 chest to floor burpees? Miss Neville managed 11 minutes 35 seconds. Can you beat her?! https://t.co/JvoNfEbhg4

Thank you for your kind words. A great team effort from staff, children and parents and carers. We can do this! https://t.co/MFFZt4FBhK

Great strategy shown and thrilled you are still challenging yourself at home. You have each been given 5 dojo’s! Well done! https://t.co/4jaXSHkFAn

Fantastic teamwork and your smiles and enthusiasm can be seen clearly. Great effort!!! https://t.co/OJdBUhDvGv

This resource is used in school for our children to support reading and raise awareness of current events in child -friendly language. A wonderful resource to share. Thank you! https://t.co/VM5hLMTsPh

We look forward to sharing the wonderful learning taking place across all of primary both in school and remotely this week. Look out for the updates... #remotelearning #learning #teamwork #workingtogether #sra #proud 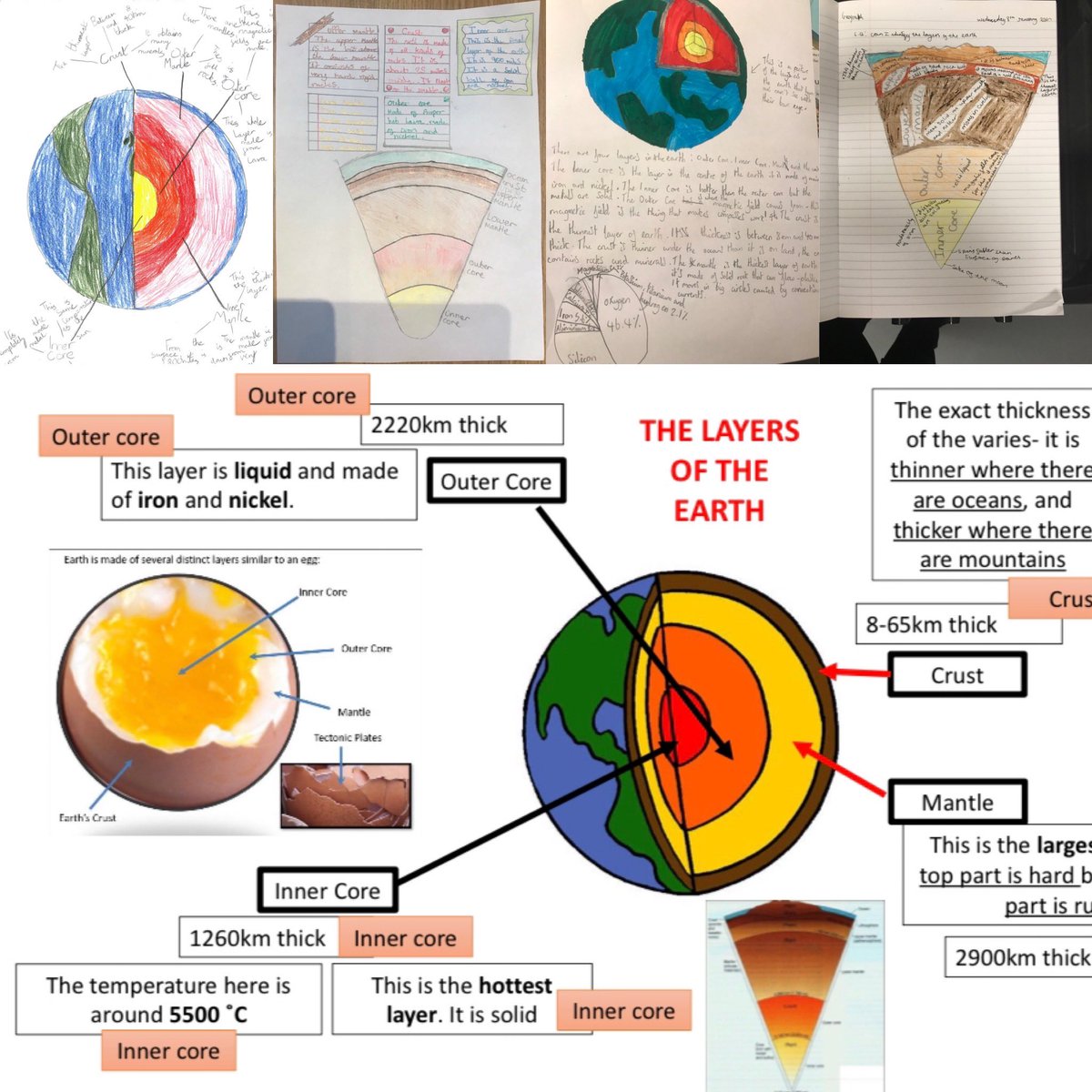 After the live lesson with Miss Bacon on Friday, there have been some wonderful pieces of geography learning uploaded by Year 6. Here are just a few to share with you @SRA_Geography #hardwork #remotelearning #SRA #onlinelearning https://t.co/xgvqLZ7sTv

We would like to say a huge well done to all of the primary students who have engaged with learning this week- both with remote learning and in school. We are so proud of you all. We look forward to doing it all again next week! 👍🏻📚📝✏️🖊 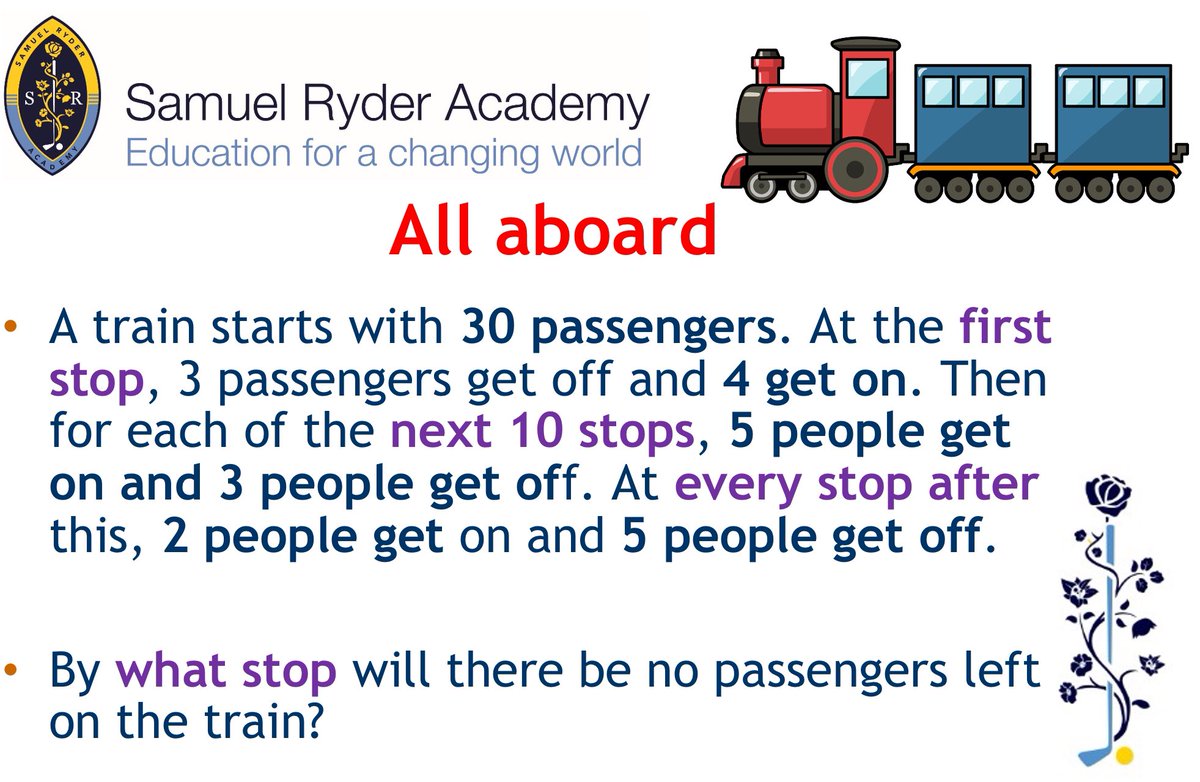 Puzzle Of The Week @SRA_StAlbans @SRAPrimary Contributed by Nasir in Year 13 We hope you enjoy discussing this puzzle with your family or bubble, and we look forward to seeing your tweets with your solutions any time today - photos of how you worked it out would be extra lovely https://t.co/ob7kU3vEFF 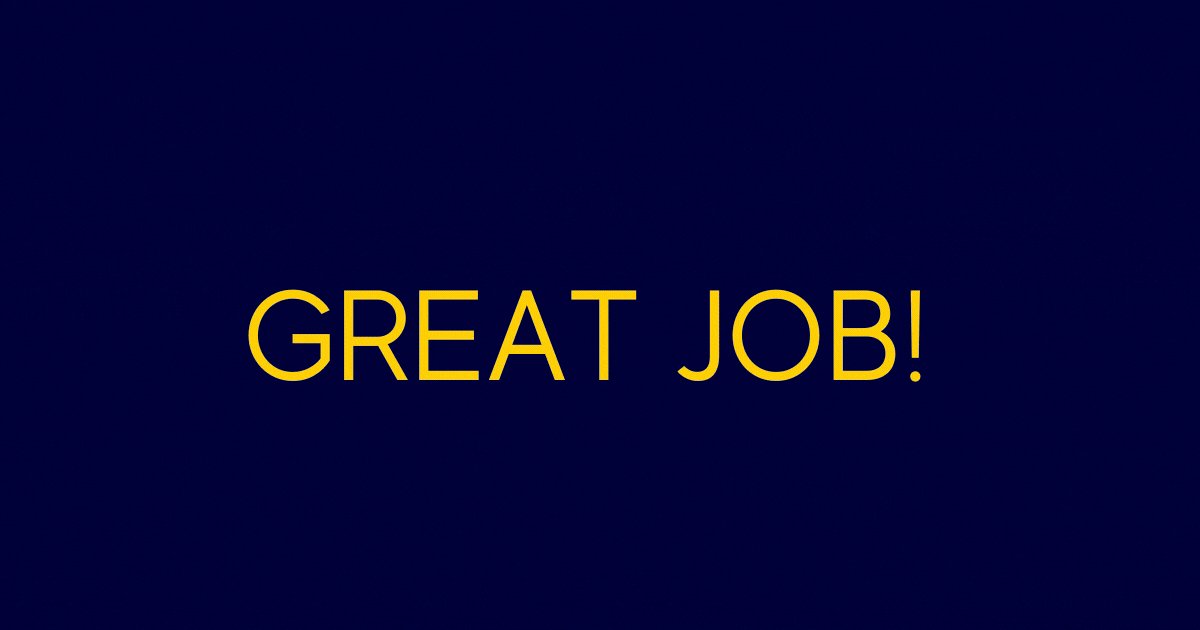 Samuel Ryder community, keep up the good work! You are registering, participating and learning and we couldn't be more proud. It's great to see all your positivity during our new phase of remote learning. We can do this! #samuelryderway #inthistogether #remotelearning https://t.co/DU342HytJx 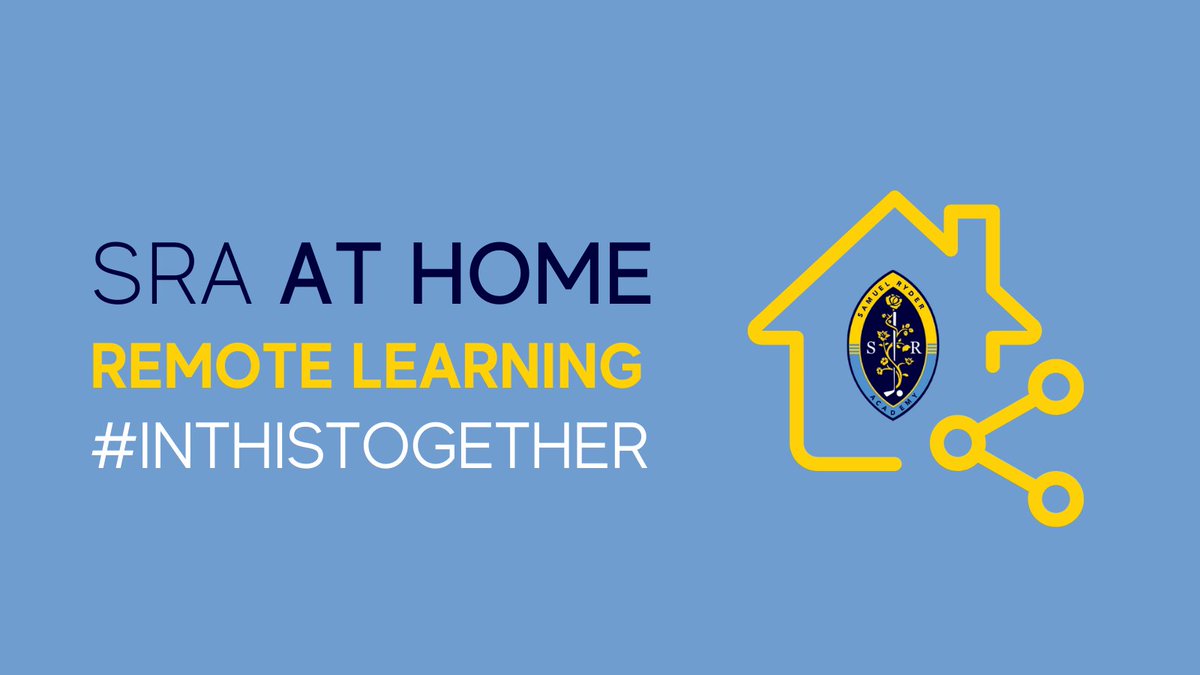 Students, we will continue to support you and make sure you have everything you need to achieve your next steps. If you have any difficulties accessing the remote learning software, please get in touch. Contact details are on our remote learning page https://t.co/jZ1rTahDt9 https://t.co/MT1NMVK8jQ

A new virtual challenge this week from @SRA_PE_Dance. Any of our Primary children up for this challenge? https://t.co/nBsVJ3Gobg

All parents/carers, please refer to the letter sent via Edulink on 31st December 2020 regarding arrangements for student return this week. 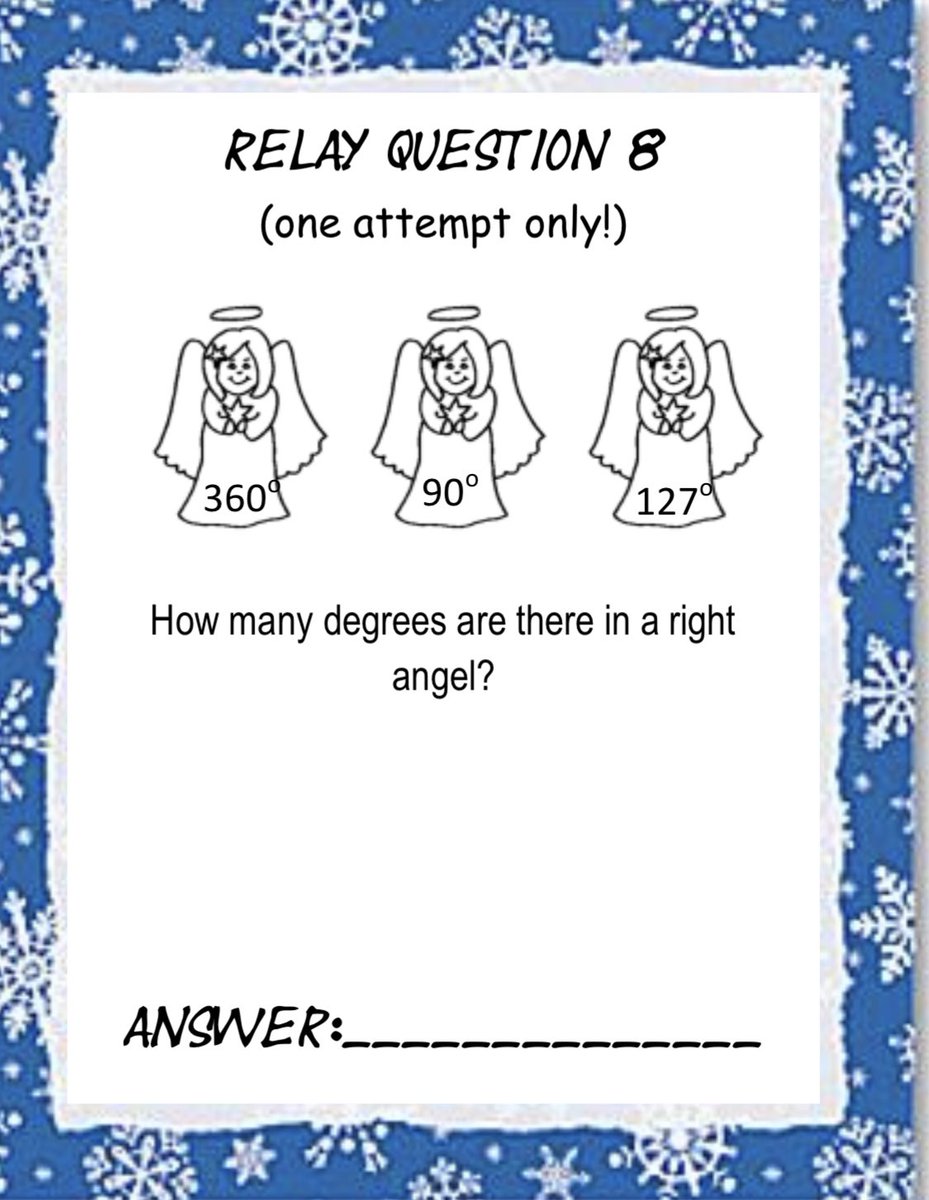 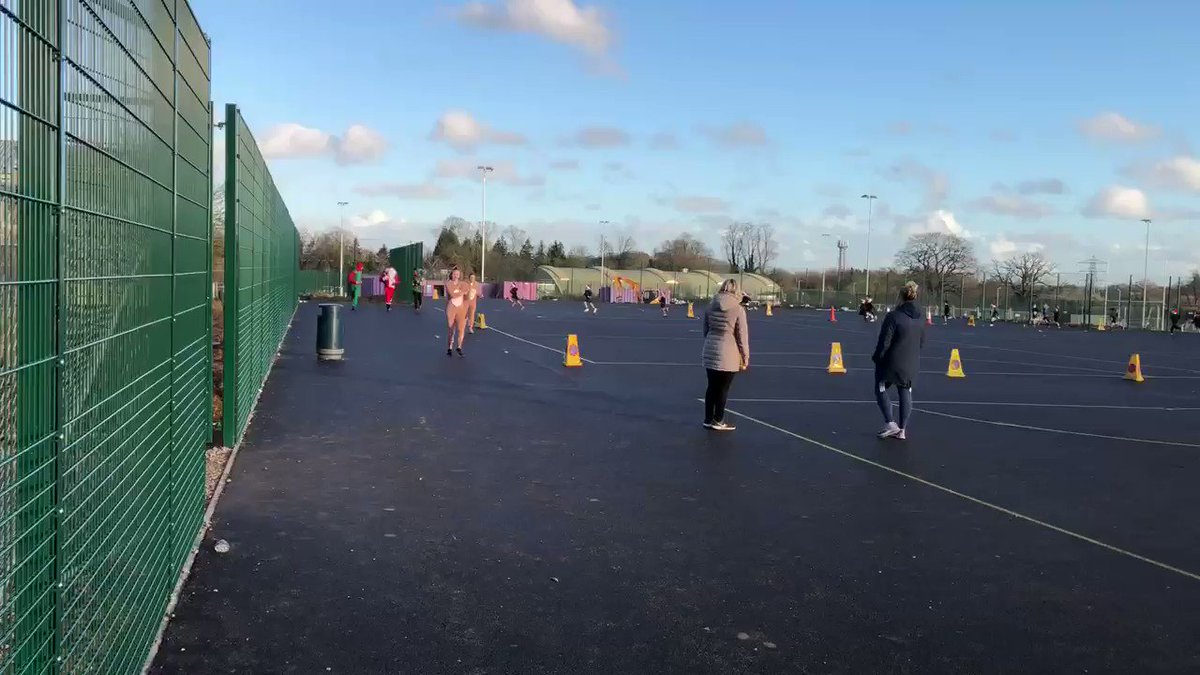 Go on Rowan you have almost caught him! https://t.co/OffzTiYyNV 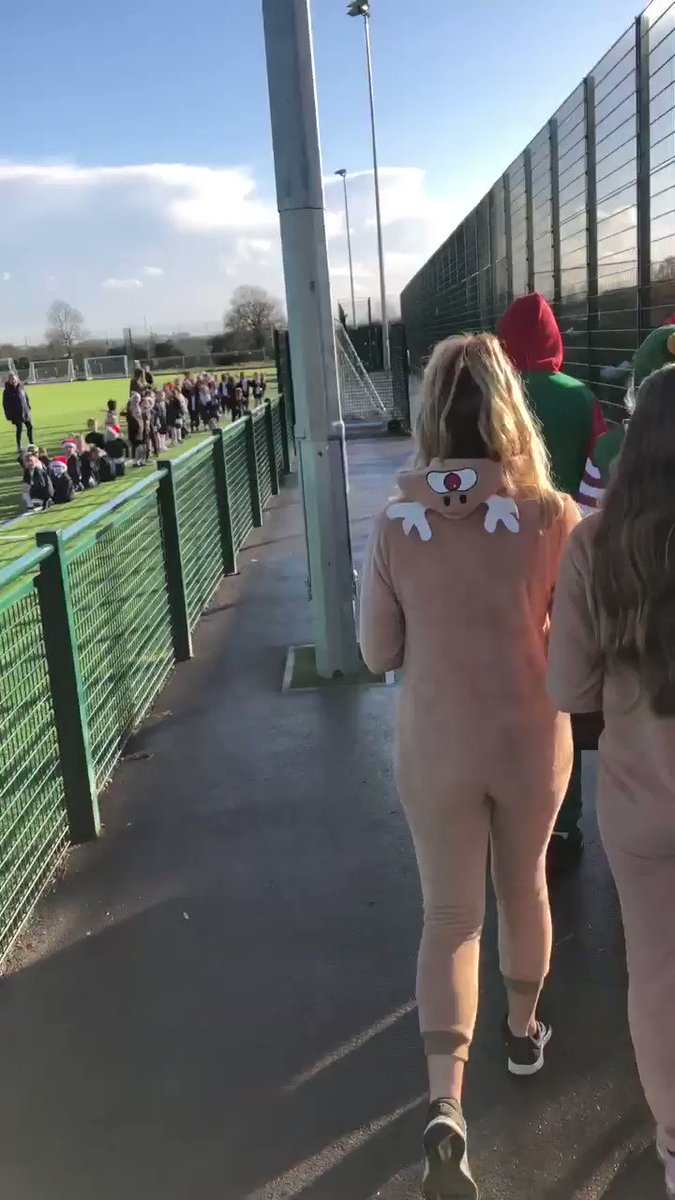 Year 1 had a very special visitor in PE today! A special thanks to Mrs J and the sixth form for organising #santadash #SRAsportsacademy @SRA_PE_Dance @SRA_StAlbans https://t.co/4GyCpAKIEA

In 2016, as the school numbers increased, we conducted an audit to show whether or not the current accommodation would be sufficient to cater for larger cohorts. It became obvious that when full, the school would be unable to function, as there would not be enough classroom space to offer the full curriculum. We approached the LA and began discussions to find a way forward. The solution decided upon was to build a new block, extend certain areas and refurbishment of several other areas.

It was decided that a modular building, consisting of 9 classrooms and a media suite would be built on the school playground with the existing playground being extended considerably, thus providing the school with more playground space for both the secondary  phase and primary phase.

The remainder of the project proposed consisted of a new build 3 Art classroom block at the back of the school, converting 2 art classrooms to a Food room (kitchen) and a Design and Technology workshop (high tech STEM room), converting  existing MFL classrooms and office space into 3 new Science classrooms and extending the Music and 6th form space.

The first phase of the project began in December. A 42 week build programme would allow the school access to complete fixtures and fittings during the summer, ready for use in September 2020. Careful phasing of this aspect of the build programme will enable the school to continue to deliver the curriculum to all students effectively. A great deal of thought has gone into this already and communication with the construction company is on-going. A logistics plan has been drawn up showing how the construction companies will enter and exit the site safely. It also details where the site compounds will be situated and how the workmen remain separated from students. The issue of safeguarding has been of paramount importance at all times during the planning stage. All contractors on site will be DBS checked and it is company policy that on the rare occasion an outside contractor is used on site, they will be supervised at all times. Interestingly, there have already been a number of discussions outlining opportunities for students to engage in exciting learning experiences on site.

Before Christmas, the road was put in across the school field to allow deliveries to take place and heavy machinery and vehicles to access the site. The compounds for the workmen have been installed and all the fencing has been put up in order to secure the site and adhere to health and safety regulations.

On returning after the break, they have begun the groundwork for the extension to the 6th form and music block and assessed the drainage system underneath the new art block. The plan is to then install and link up the new drainage system in advance of the new building being erected.

The modular build will begin in the Spring time so that it is completed to be open for the start of September.