Part 7 of James and the Giant Peach https://t.co/o8ZposNCkw 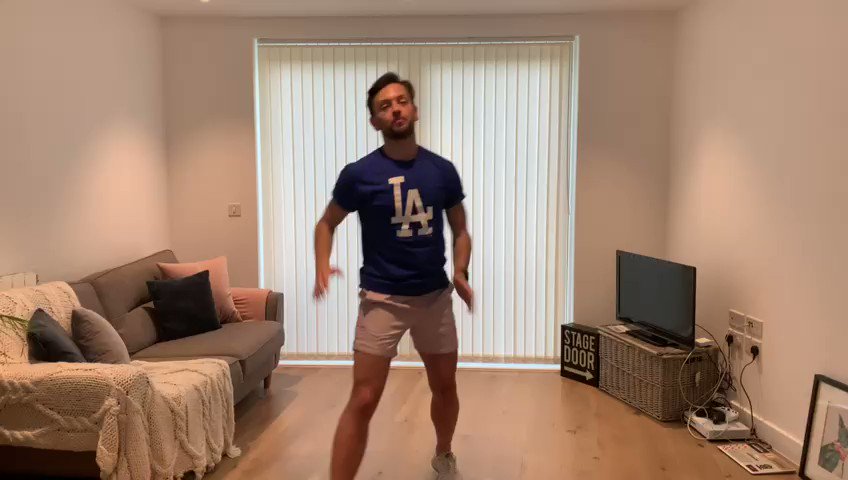 Thank you to @jordanlivesey from @MaryPoppins for sharing some of the choreography from the show. It’s Supercalifragilisticexpialidocious! If you would like to try take a look... https://t.co/xKEfBnTecR

Part 6 of James and the Giant Peach https://t.co/Q53j8pOnWP 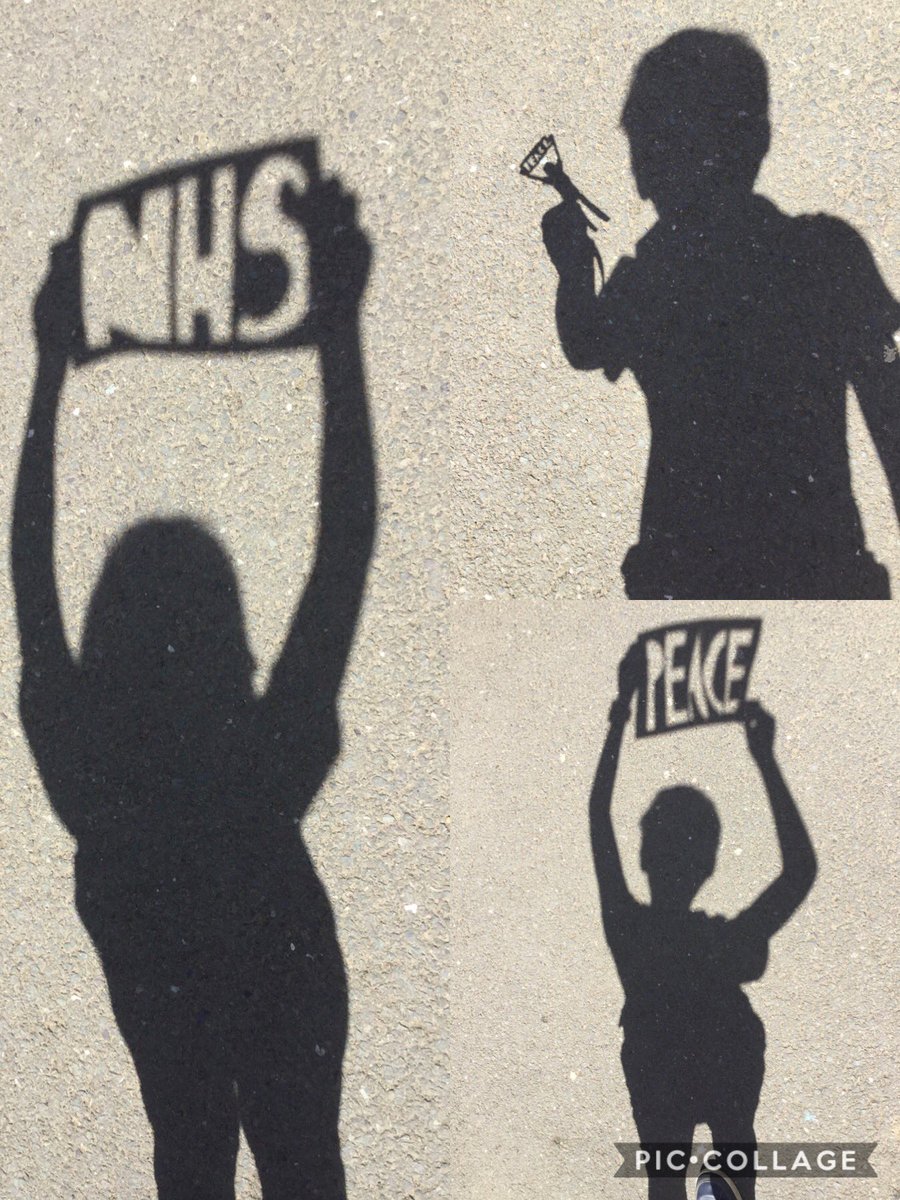 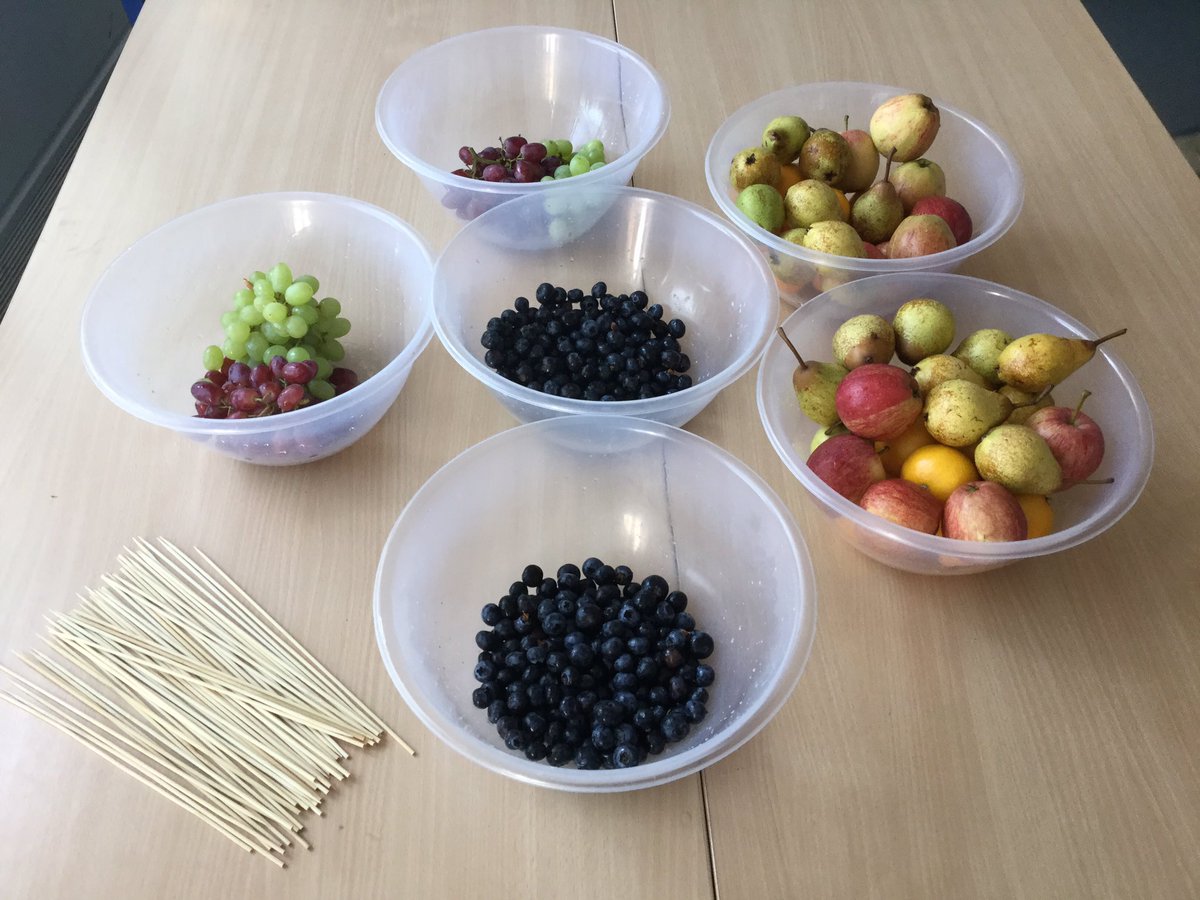 Healthy snacks. All ready to make a fruit skewer. 😀 https://t.co/1m2divdD0S 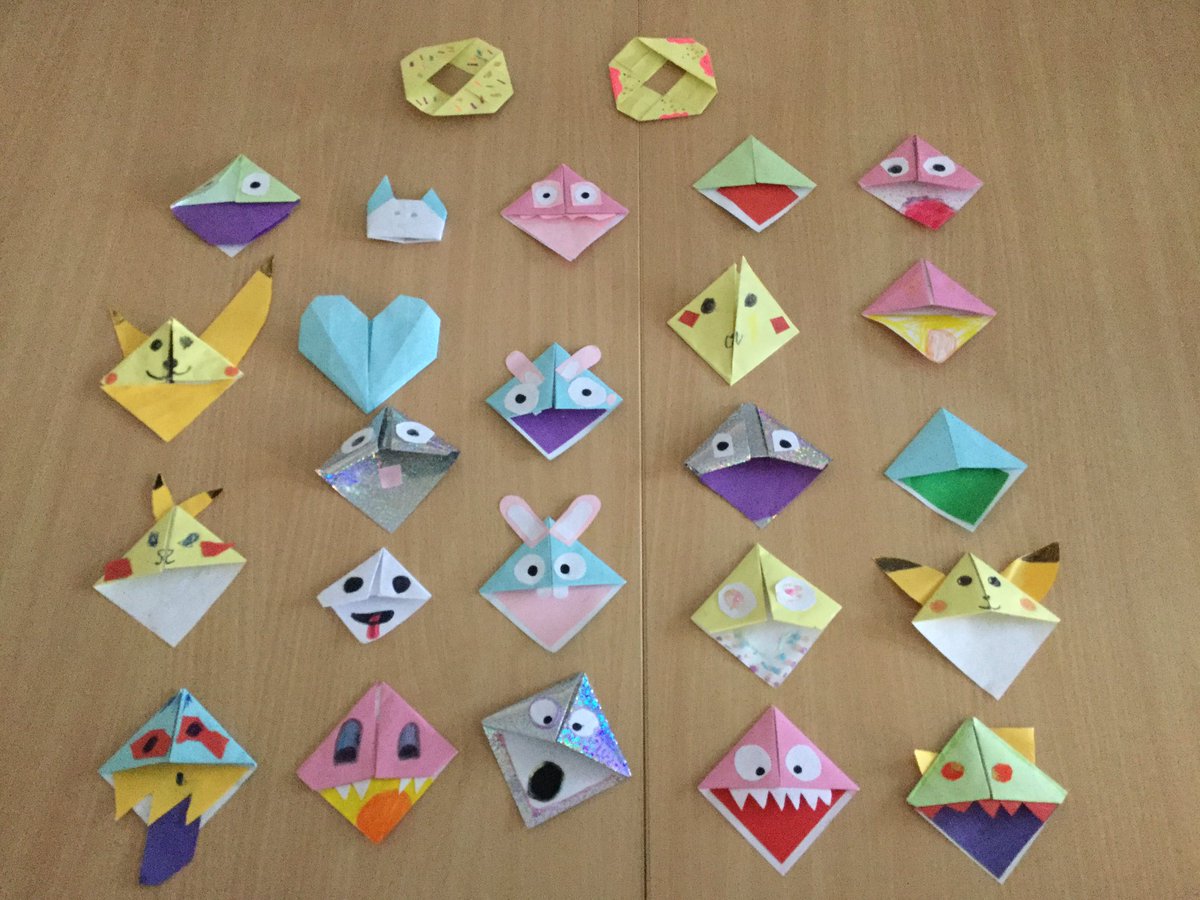 Sounds great! We love a challenge! Take a look everyone! https://t.co/1WfZhion9t 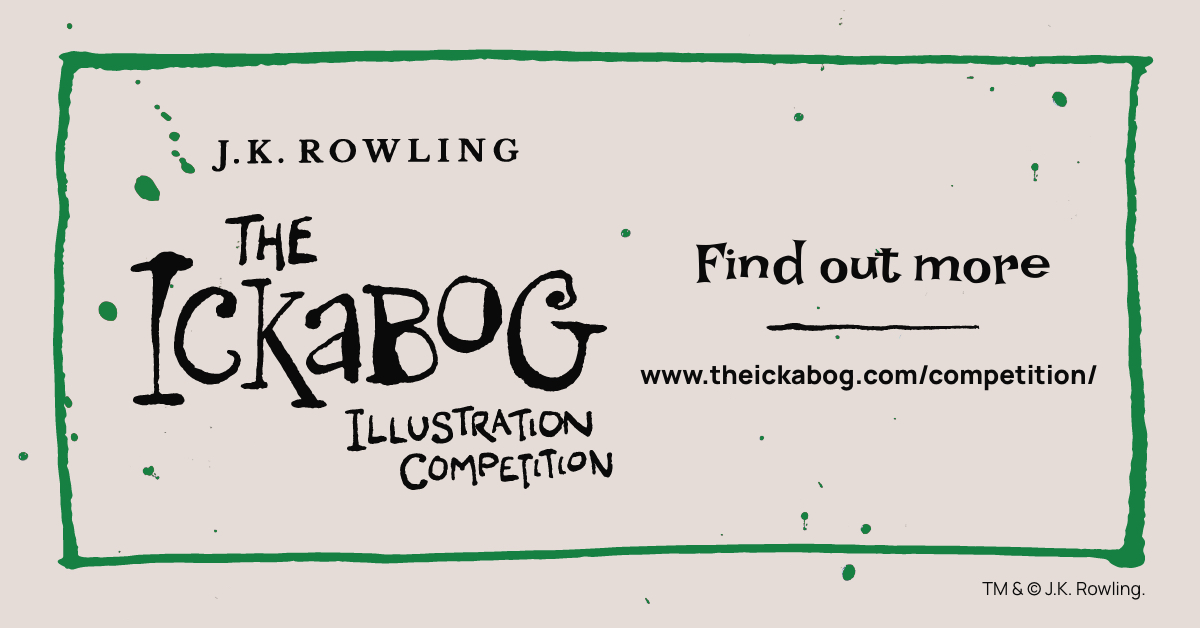 Retweeted From The Ickabog

Calling all budding artists aged 7-12! You're invited to illustrate the story of #TheIckabog and enter the competition for the chance to have your artwork featured in the printed version of the book. Find out more about the competition here: https://t.co/U2GzztMQem https://t.co/33rIn4yNPT 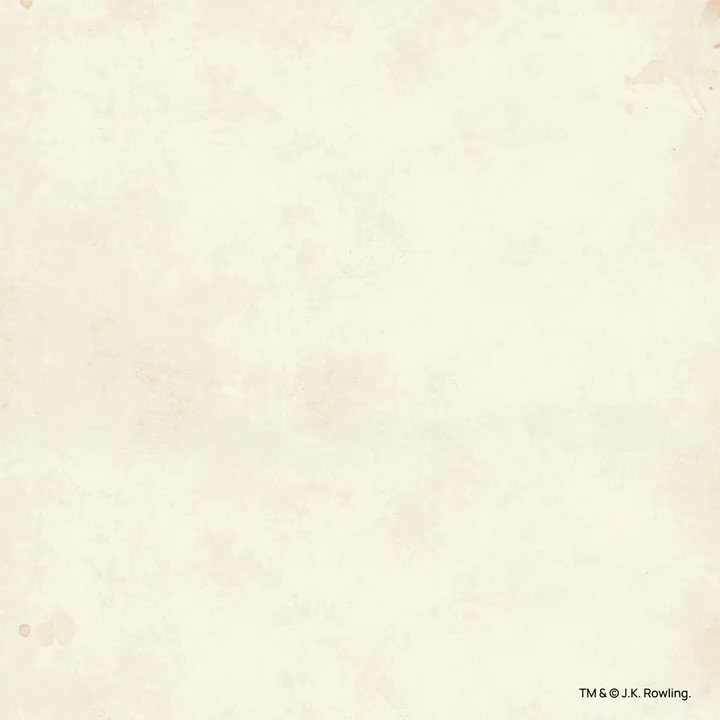 Retweeted From The Ickabog

We are pleased to announce @JK_Rowling's story #TheIckabog is now available to read online for free at https://t.co/HJVrLd0KRI. . Each weekday, over the next seven weeks, a new instalment will be published. We hope you and your children will enjoy this original fairy tale! https://t.co/ddIIWKfeHL

Part 5 of James and the Giant Peach https://t.co/dINhrHibLU 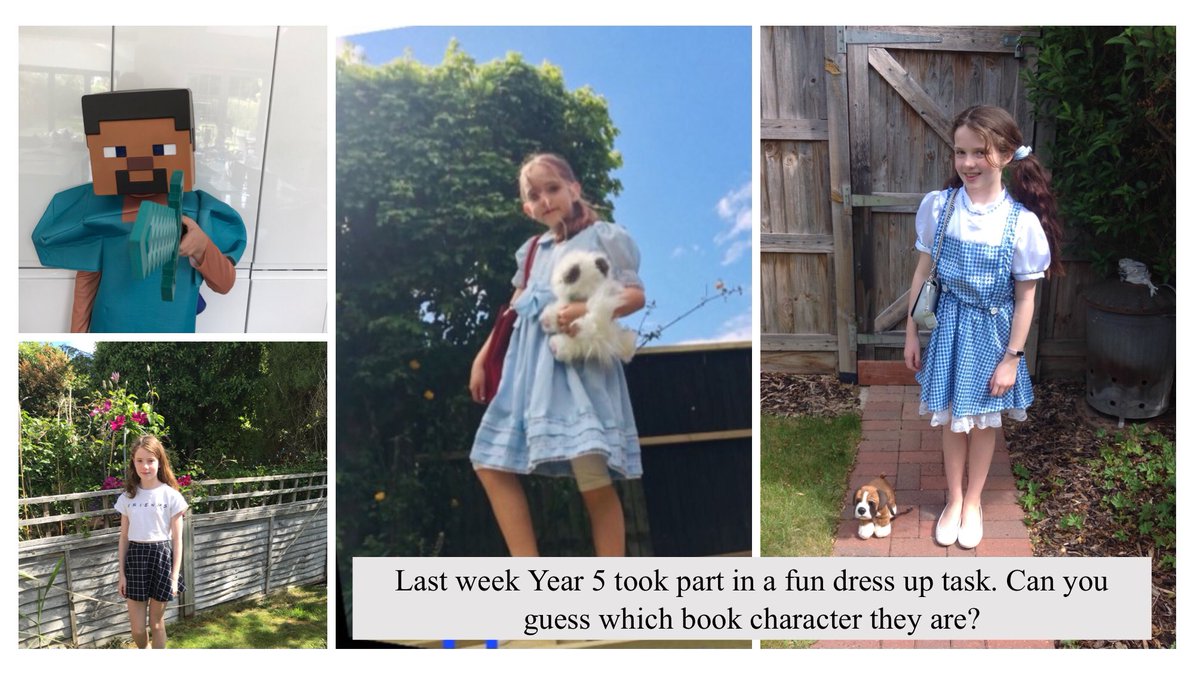 Part 4 of James and the Giant Peach https://t.co/z1SSJce4Rb

Part 2 of James and the Giant Peach https://t.co/uONBVQdb9R

Take a listen to these fantastic readings of James and the Giant Peach by a number of actors (some you may recognise. You could listen or follow along if you have the book at home! Part 1 https://t.co/D2P0KHan0D

Mr Walker with some very useful and amazing tips to follow in order to look after your mental health. #MentalHealthAwarenessWeek 🧠🗣 https://t.co/yP6zCzaeaj 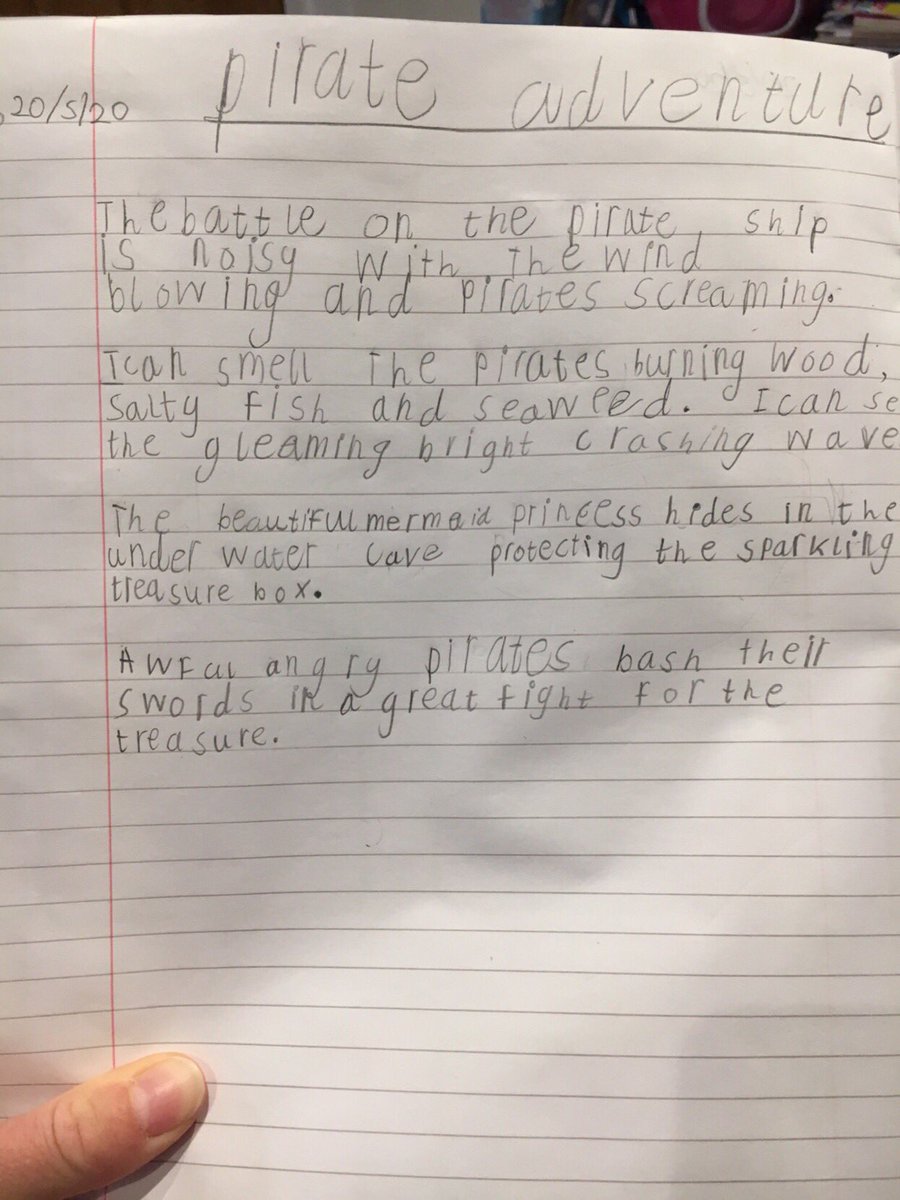 Year One have been reading ‘Where the wild things are’ and creating their own fantasy lands. Take a look at their learning. #OrangeClass #YearOne #pureimagination @SRAEnglishDept https://t.co/Vbs51XtxLt 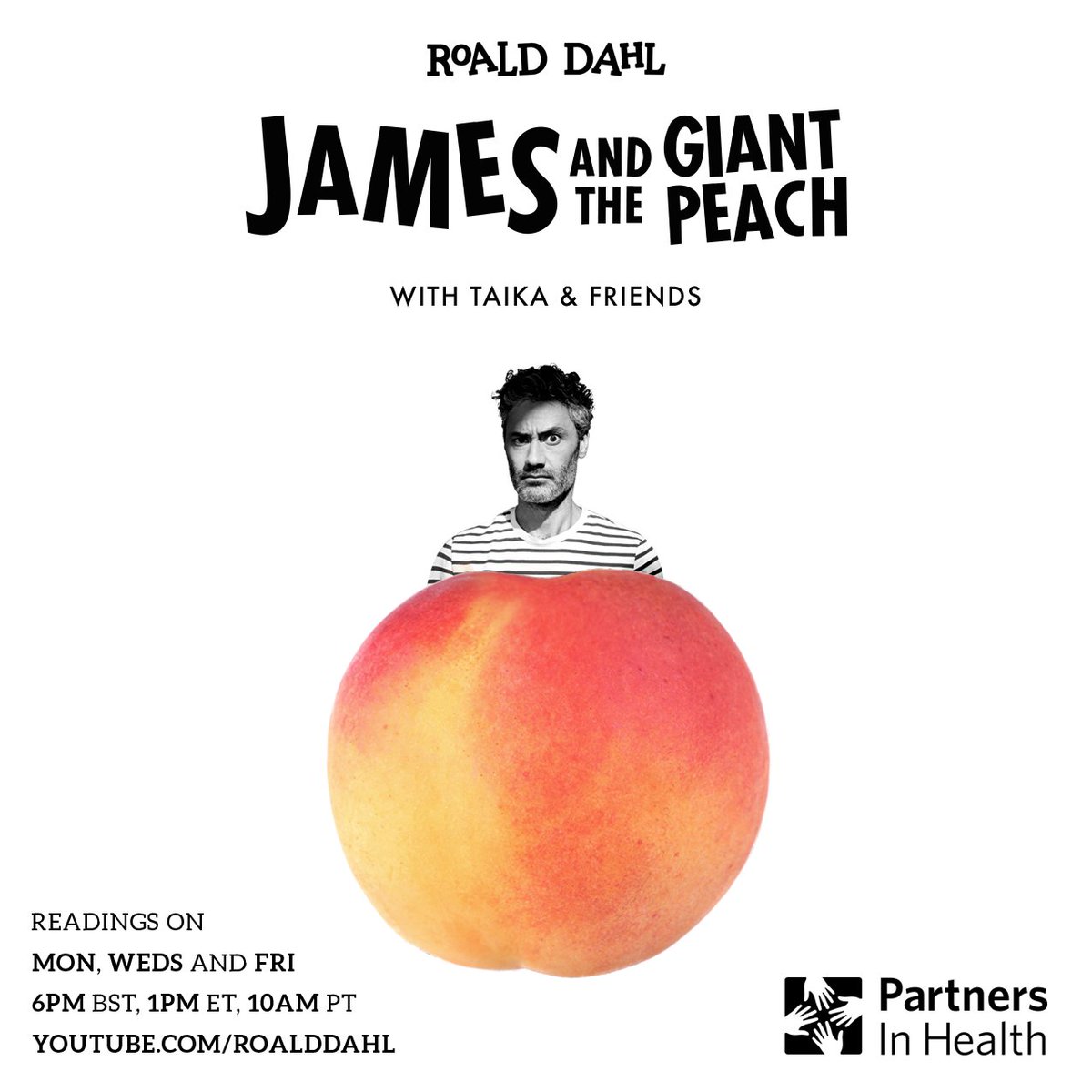 🍑 @roald_dahl have teamed up with @TaikaWaititi to present James & the Giant Peach with Taika and friends! 🍑 Taika will be reading the whole book to raise money for charities helping those affected by COVID-19 🍑 Head to our website to find out more! https://t.co/zRn9YsMrGY https://t.co/8Tm69vdH00

Fantastic Billy. Your animation was very creative and a lot of fun to watch. So glad you enjoyed making it. https://t.co/LLheOAlwvr 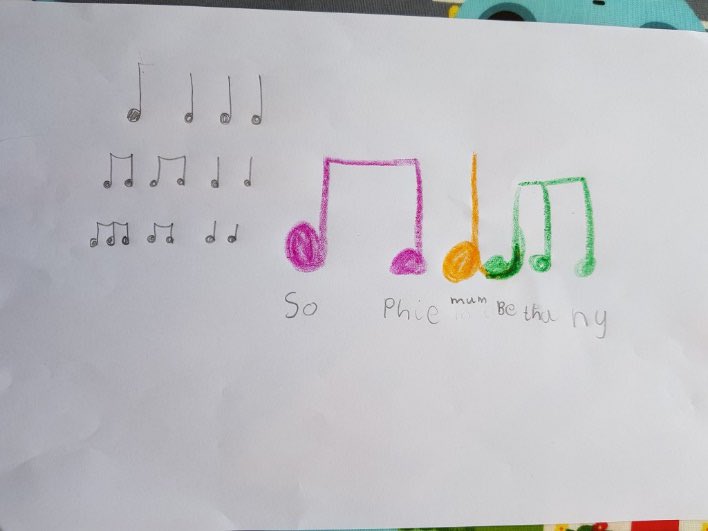 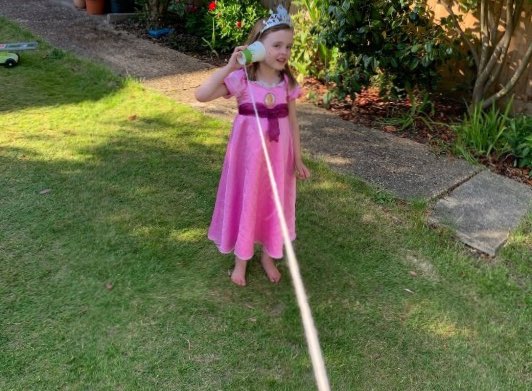 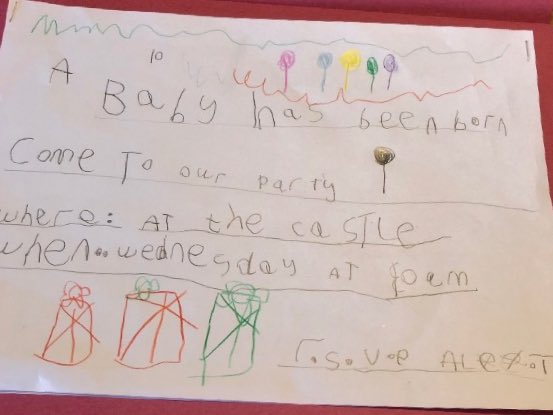 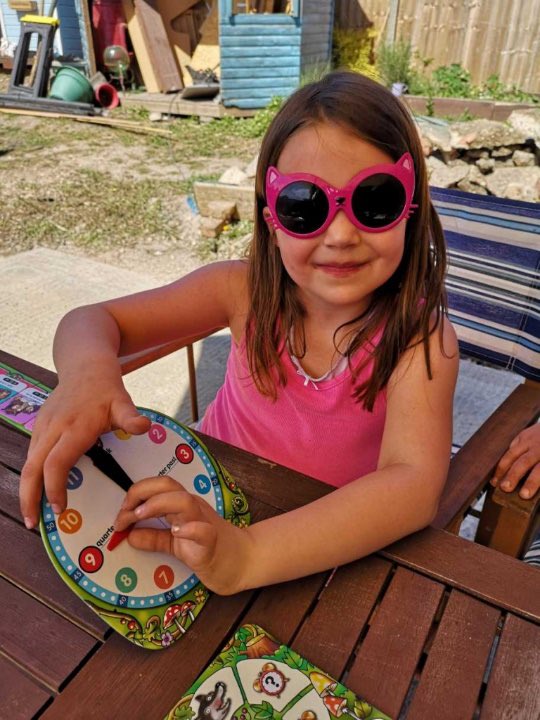 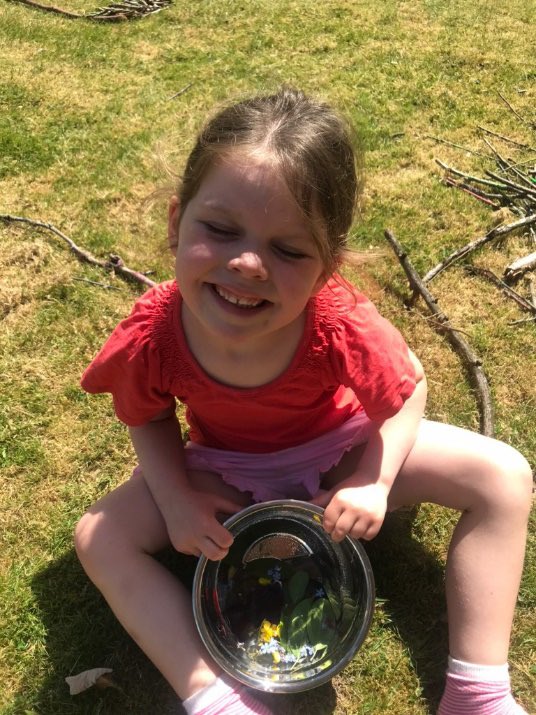 Emily made a potion. #EYFS https://t.co/VEepW5JMx4

Take a look at some EYFS learning that is taking place at home. It has been great to see such wonderful ideas come to life. 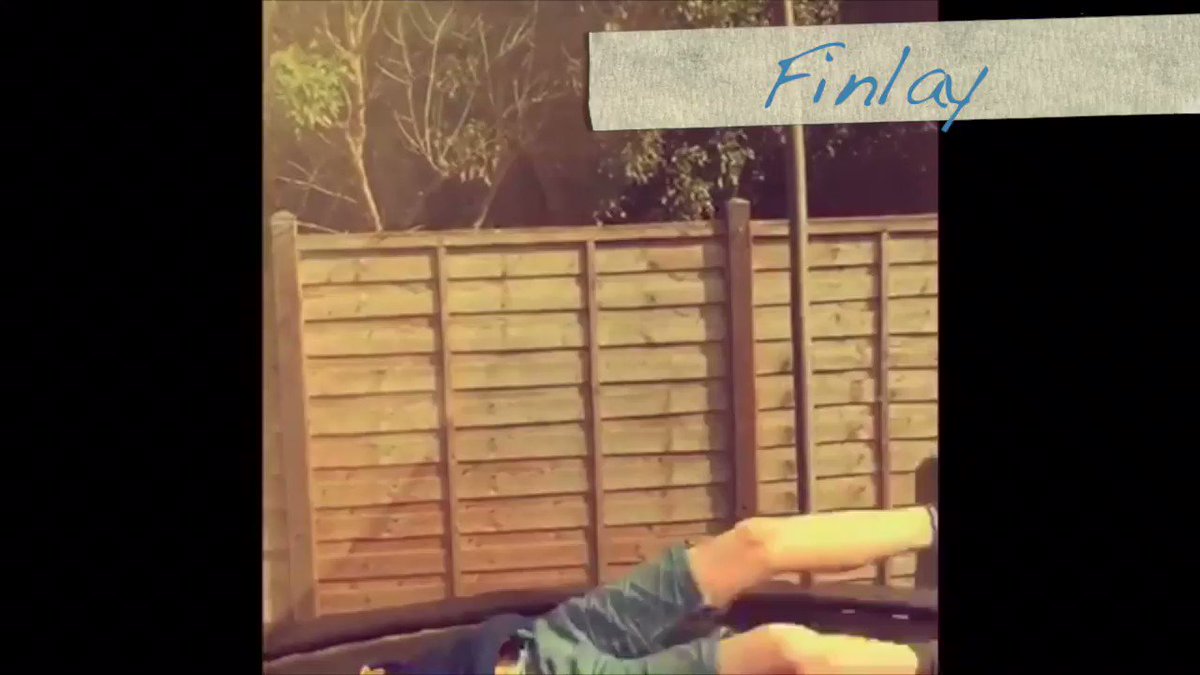 Here are a few more of our amazing Year 6 students showing off their talents! The full version is on the Year 6 OneDrive. 🎞🤹🎥 https://t.co/47FAI8UE3G 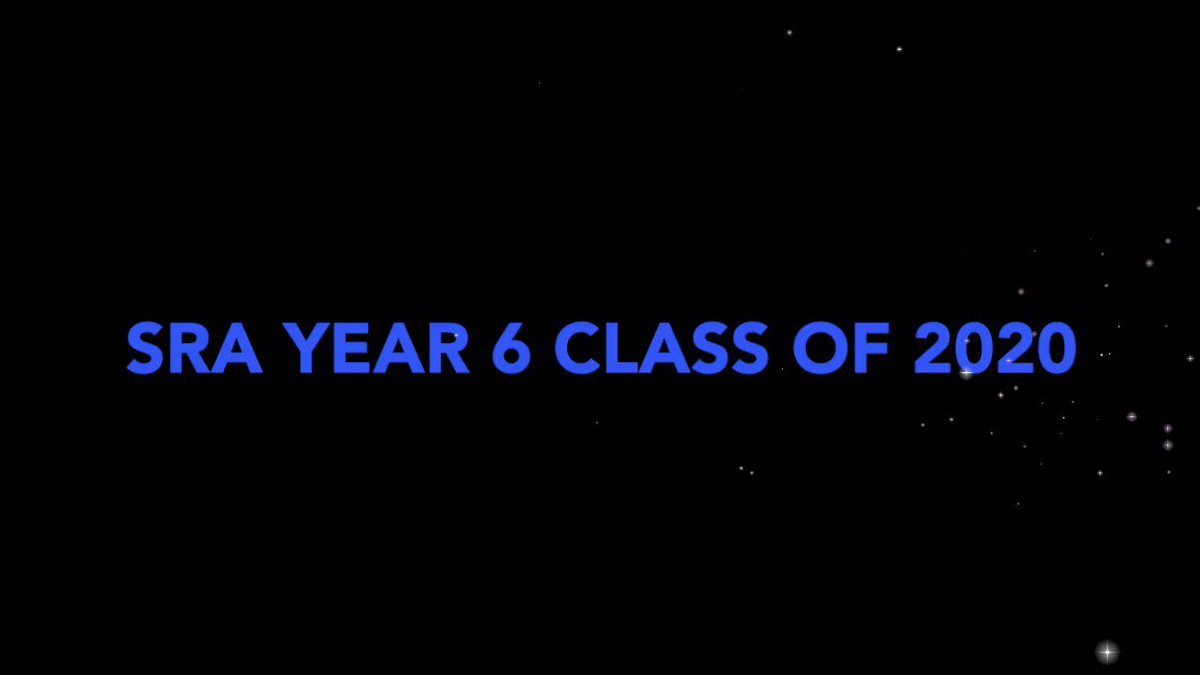 Here is a snippet of our video montage of our amazing Year 6 students. The longer extended version is available on the Year 6 OneDrive. 🎥🎞🤹🤩 https://t.co/xdfekK0Kdg 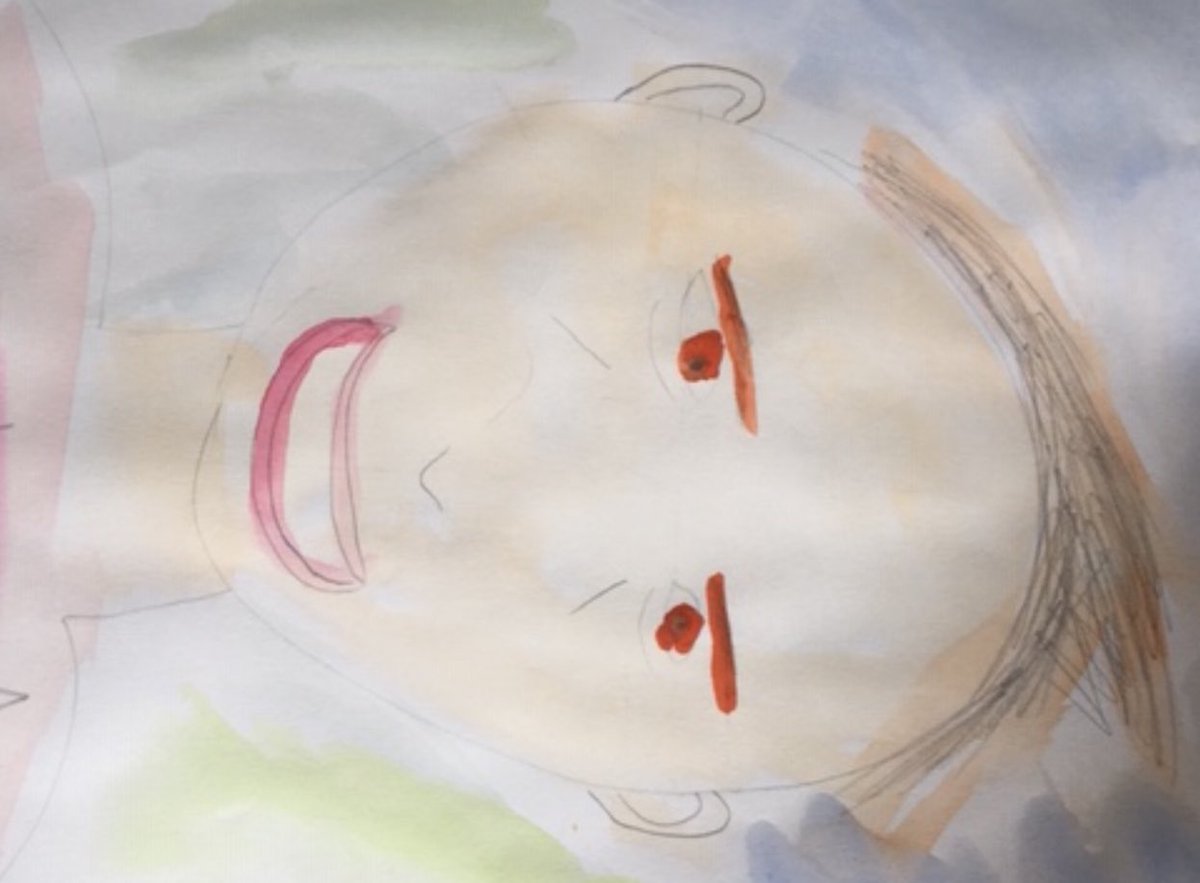 Members of Cambridge Class use any medium to create a self portrait. @SRA_art_ https://t.co/TyjpO8BuJv 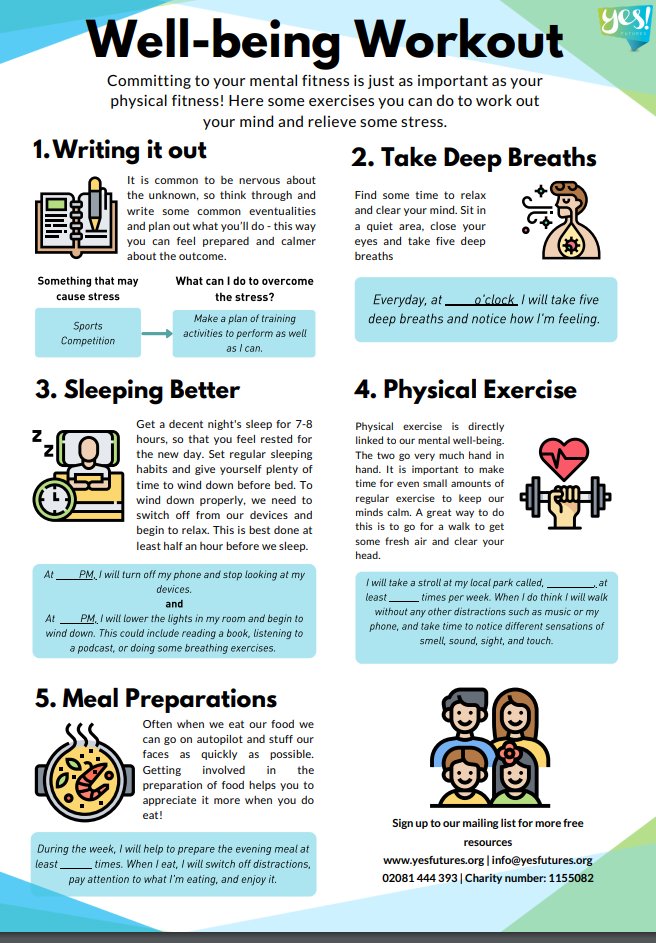 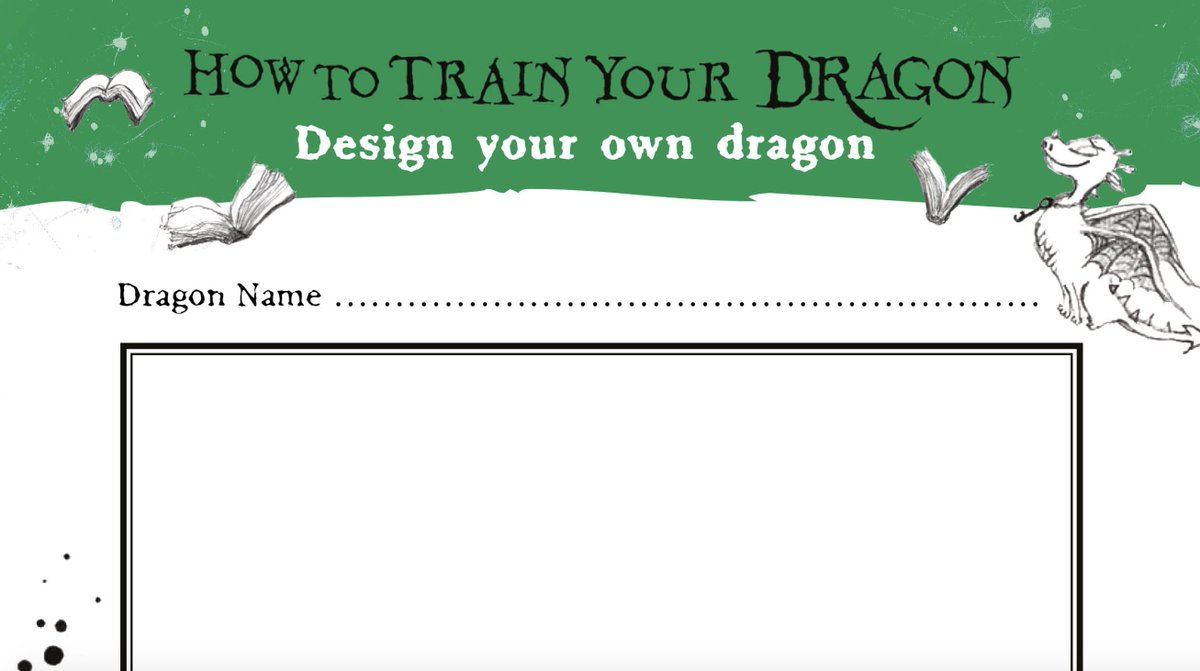 Make a crown, design your own dragon, and collect some lost and endangered words with our @CressidaCowell worksheets at https://t.co/ufd62EZcgC 📖 #ImagineTheWorld https://t.co/LKnhjlJ0lh

Calling all schools! O how I WISH I was actually THERE at @hayfestival, one of the highlights of my year, but I am doing a FREE virtual event for schools, which you can access today, see below https://t.co/xLyCS7Pw2j 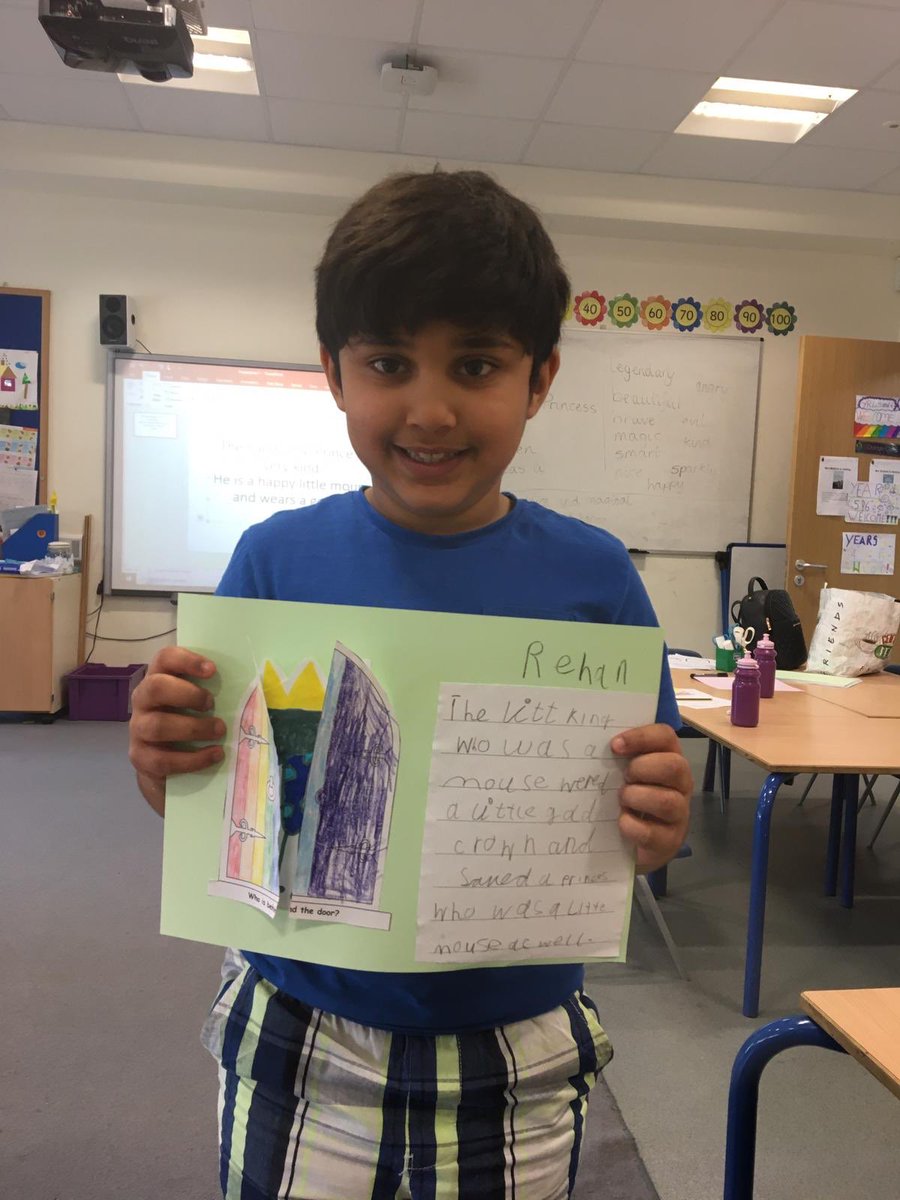 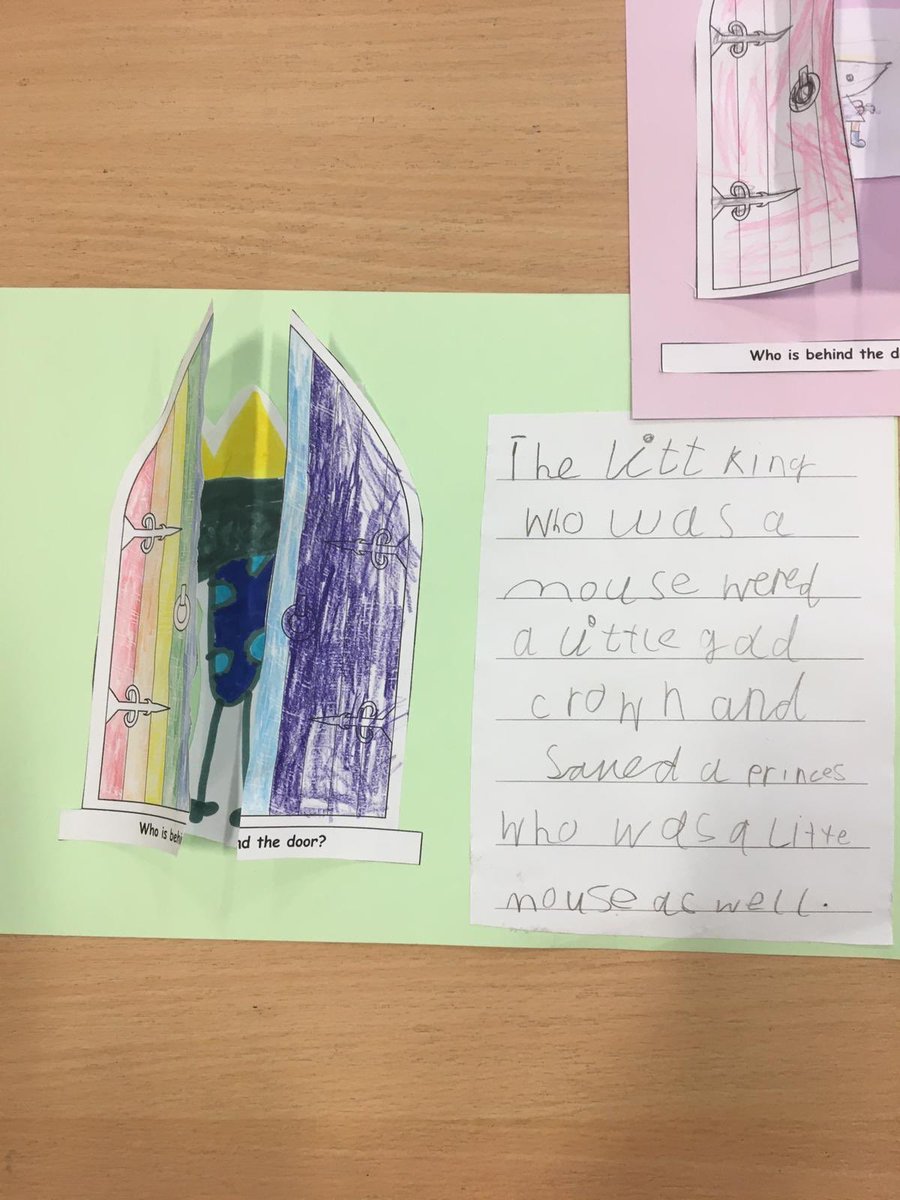 EYFS and KS1 have been exploring different fairy tales. They used their imagination to uncover who was behind the door. @SRAEnglishDept https://t.co/nDJIzUuNks 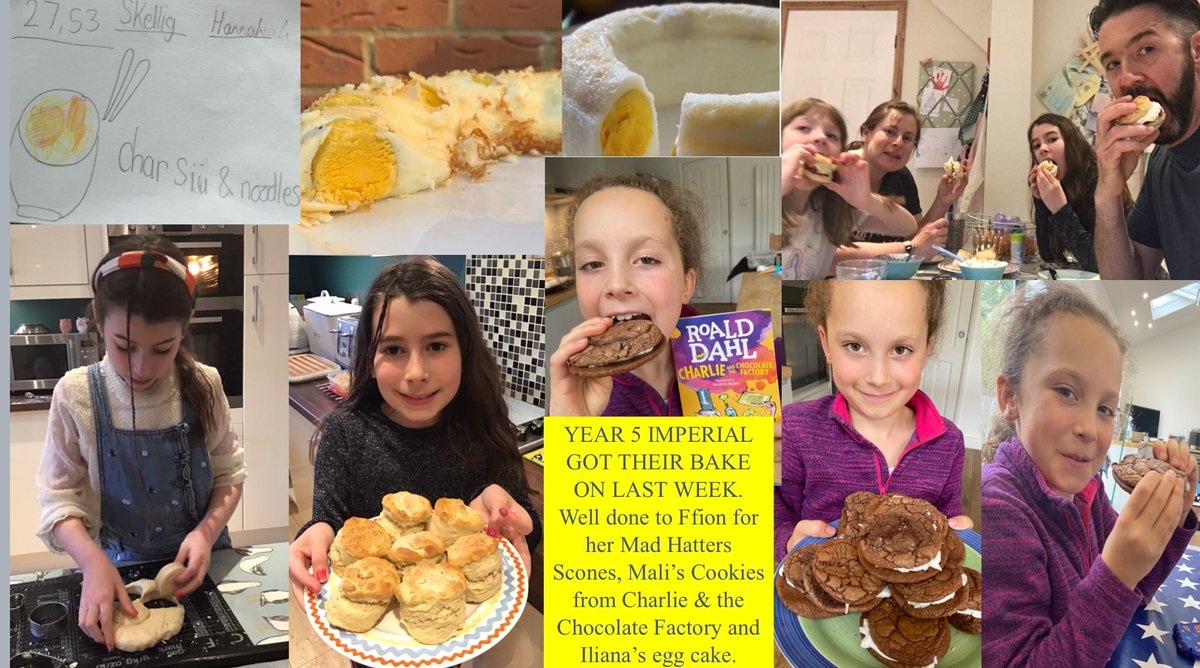 Inspired by @SRA_Technology and their great bakes. Mrs George set a challenge to bakery item inspired by books. Take a look. https://t.co/qSchHGjVUL 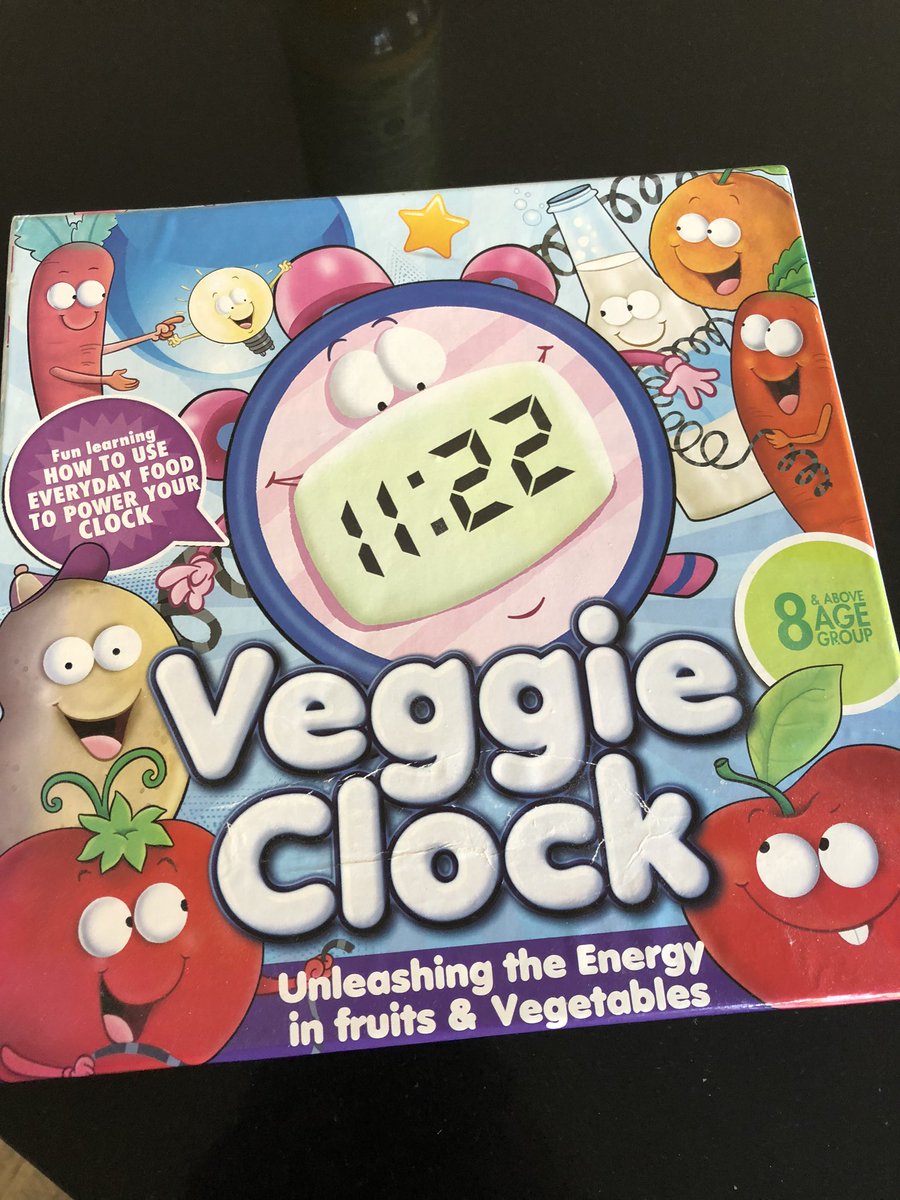 Dear Parents and Carers Christmas spirit is in the air at the end of an excellent term. The Christmas Card competition was of such a high standard this year, with so many entries, that we had both a Primary and Secondary winner. Well done to Amelia Chwesiuk in Year 10 and Niamh Bates in Year 3, for their wonderful pieces of artwork that are now the Samuel Ryder Academy Christmas Card for this year. Secondary Christmas lunch has been eaten and enjoyed and the secondary House Christmas Competition has been launched and will be judged on the last day.  Last Friday, it was the turn of Year 2 (and family members) to celebrate Christmas, with the Christingle celebration led by the Reverend Mark Slater, at St Luke's Church. It is a lovely event, with the children reading out loud to everyone with great confidence, behaving impeccably, singing beautifully and enjoying the spectacle of the event. Thank you to those family members that were able to attend and to the Year 2 staff team in their efforts to prepare for the event. On Wednesday this week the Reception children will be performing in the annual nativity play. Thank you to the Early Years team for preparing the children. If previous years are anything to go by, the quality of the performances, singing and costumes will be fantastic. I am sure that the Reception children's parents and carers are looking forward to it as much as me.  Congratulations must also go to the following students that achieved a Headteacher Award in the last term.  Sasha Temple - 8 Wordsworth Tigerlily Thompson* - 10 King Bradley Young - 12 Hardy Gracie Day - 9 Wordsworth Edward Nicholls - 8 King Giovanna Zacharias - 9 Bronte Lila Pinch* - 8 Dahl Monet Bradshaw Brown* - 10 Dahl Steven Jacobs - 8 Dahl Evie O'Grady - 9 King Simra Nasar - 8 Wordsworth Tigerlily Thompson* - 10 King Monet Bradshaw - Brown* - 10 Dahl Jasmine Hassan - 10 King Ammar Jamil - 7 Hardy Maddison Emett - 8 Dahl Anissa Ibn Elkadi - 7 Bronte Lila Pinch * - 8 Dahl Ellen Latham - 8 Hardy Ciara Calthrop - 11 Christie Toby Louis - 7 Dahl Gabriela Kosior - 11 Dahl Scarlett Meggs - 7 Dahl Ryan Solly - 11 Hardy Liv Liani - 7 Dahl Cait Page - 11 King Cora McLaughlin - 7 Dahl Rohan Ali - 11 Wordsworth Joe White - 10 Wordsworth Laurie- Anne Pujol - 7 Bronte Josh Harrington - 10 Wordsworth Aya Self - 7 Wordsworth Alice Smith - 10 Wordsworth Sara Karim Faress - 7 Austen Ruben Mahendra - 11 Bronte Katelyn Baker - 9 King Lewis Browne - 11 Bronte Emily Lambert - 9 King Jack Jacobs - 11 Wordsworth Izzy Newton - 9 Christie Ismail Lopez - 12 King Isabella Hill Gough - 9 Wordsworth Joe White * - 10 Wordsworth Ysabella Lambert - 8 King (* Students that received two Headteacher Awards this term) Finally, I hope you all have a wonderful Christmas break and enjoy spending time with family and friends.  As always, if you have any comments or suggestions, I would be pleased to hear from you, please contact me at head@samuelryderacademy.co.uk Mr Gauthier Headteacher
Read more

Letter from the Head

Dear Parents and Carers On Thursday evening I was able to attend the PTA Annual General Meeting and hear about the fantastic work they have done this year under the leadership of Jo Bailey, the Chair. This year they have raised nearly £19,000 and that money has been invested back into the school for the benefit of the pupils of all ages. The list of activities and projects that the PTA has supported and funded is truly impressive. As importantly, they have provided numerous opportunities for the pupils of the school and families to get involved in school life. The committee has decided to step-aside and resigned their posts to allow other parents to take a lead. I am extremely grateful to the whole team for their dedication and commitment. I am sure they will stay involved and support the new committee under the direction of the new Chair, Marina McGee - thank you to you all! This week, we received some good news regarding the extensive new building project. On Tuesday, we received formal planning approval from St Albans District Council for the project and we are hopeful to put a spade in the ground in the next few weeks. This will allow us to have the buildings ready for September 2020 for the benefit of the students. Details of the plans can be found here As always, if you have any comments or suggestions, I would be pleased to hear from you, please contact me at head@samuelryderacademy.co.uk   Mr Gauthier Headteacher
Read more 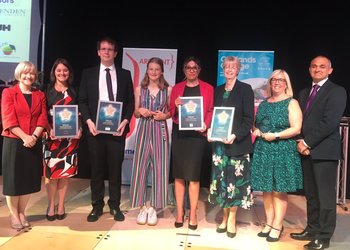